According to the FBI, a robbery happens about every 90 seconds in the U.S. A rape occurs every four minutes. So it's no surprise more people are turning to personal safety devices to give them an extra layer of protection. 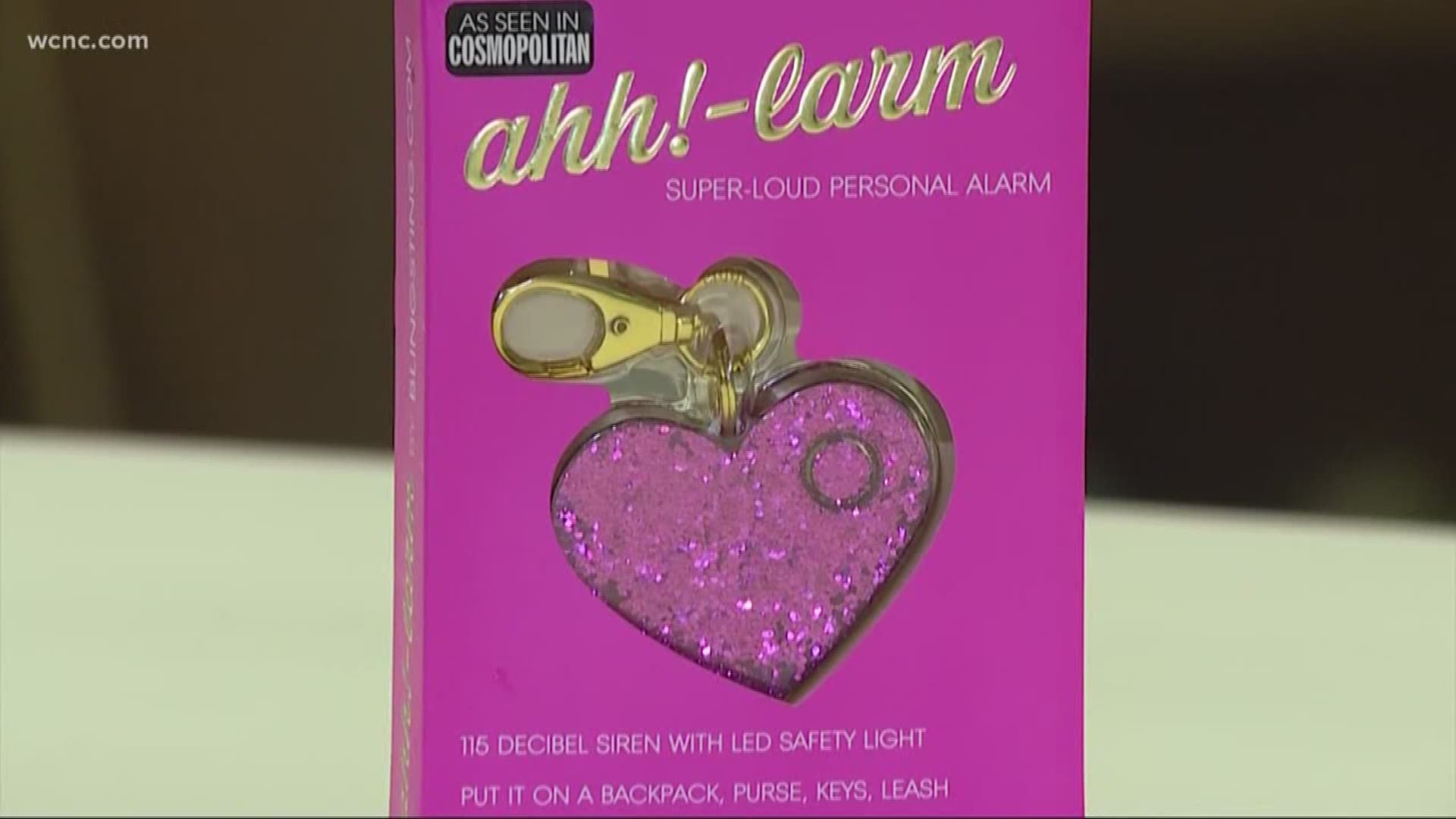 According to the FBI, a robbery happens about every 90 seconds in the U.S. A rape occurs every four minutes.

So it's no surprise more people are turning to personal safety devices to give them an extra layer of protection. NBC Charlotte checked out three new products designed to keep you safe at home and on the go.

Personal alarms like the "aah!-larm" act as a cry for help in an attack -- drawing attention to the crime and creating confusion for the attacker. The "aah!-larm" looks more like a fashion accessory. It's described as super loud, and it is: 115 decibels of loud, enough to get noticed.

However, police said you don't need to worry about trying to hide a gadget. Visible devices are actually a better deterrent.

"That's something where a criminal might think, 'I don't want to attack this person because they have some sort of defense,'" said Charlotte-Mecklenburg Police Officer Johnathan Friske.

Blinc is made to be seen and doesn't rely on other people being around to be effective. It can be worn on the body, clipped to an accessory or placed on a stand for use at home. ​​​​​​​Blinc is armed with a panic button, four cameras that record in every direction, sirens, audio recorder, and LED lighting.

Several devices we found come disguised as something else like jewelry -- or a flashlight that's really a stun gun designed to help you see your attacker in the dark.

Police said you are better off preventing a crime before it happens.

"At the end of the day, you really don't want someone to get that close to you," said Officer Friske.

Even with a personal safety device, "one of the biggest distractions especially nowadays is the phone,"Officer Friske said.

Stay alert, always scan your surroundings and look people in the eye; that makes it easier to identify someone later.

"Not being distracted by anything is the key element, or the awareness is the most crucial," Officer Friske said.

Police also said one of the best personal safety devices is your dog.