The luxurious lodging turned out to be disaster relief tents, there was almost no food, and no music at the music festival. Seth documented it all. 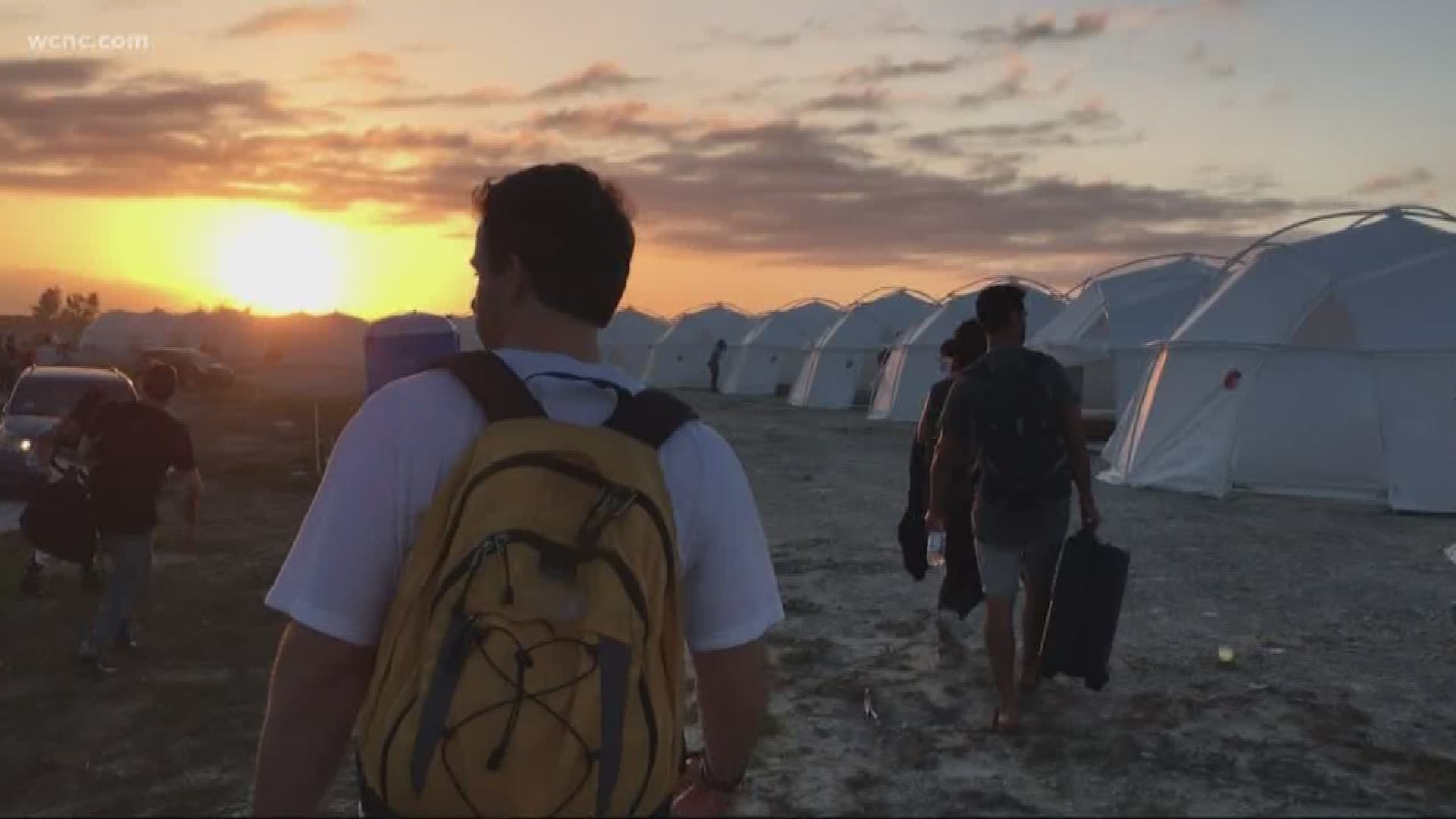 RALEIGH, N.C. — The infamous Fyre Festival left several people angry or out of money, and many festival-goers decided to take legal action claiming fraud. But the first lawsuit filed and settled was filed right here in the Carolinas, in Wake County.

NBC Charlotte spoke with a Raleigh man who was at the festival featured in documentaries.

“We thought it was gonna be this really cool trip," said Raleigh blogger Seth Crossno.

He and his friend paid thousands to attend the Fyre Festival, billed as a first-of-its-kind music festival on a private island in the Bahamas with world-famous models selling the fantasy experience.

Dueling Hulu and Netlfix documentaries showcased the Fyre Festival recently, detailing how the island getaway went down in flames.

“Right when got to the site, [we] saw Amazon boxes, mattresses, shopping containers," said Crossno, recalling that's when they realized the festival wasn't ready. "I kept thinking, this is just the part that’s not ready yet, like surely we’ll turn a corner and everything will be constructed and everything will be fine.”

That wasn't the case, and Seth documented it all. The luxurious lodging they’d paid for turned out to be disaster relief tents, there was almost no food, and there was definitely no music at this music festival.

“As it got dark, it definitely got more chaotic," Crossno said. "People didn’t know where to go or what to do."

To Crossno, the most unsettling part was the clear lack of organization.

“There was no security, nobody in charge to tell you where to go," he said.

The documentaries revealed that organizer Billy McFarland, who’d teamed up with Ja Rule, was essentially a scam artist. The lawsuit claims he had known for months he wasn’t going to be able to pull off the festival.

“Clearly it was a concerted effort to defraud investors, consumers to put on a music event that was never [going to] happen," Attorney Stacy Miller said. "This is without question, pure unmitigated greed.”

Seth and his friend managed to win a $5 million settlement. McFarland was convicted of fraud and is serving six years in prison.

Hundreds more who went are still trying to sue. Meanwhile, Crossno is enjoying more than just 15 minutes of fame.

“People still want to hear about the story," he said. "I didn’t know that it would take on this, get this much attention.”

Crossno says there’s a lot more to this story -- he's already working on a podcast. It's called, appropriately, Dumpster Fyre.