The game was a sellout as the Charlotte Knights have consistently led the minor leagues in average attendance and play in arguably the best ballpark in Minor League Baseball. 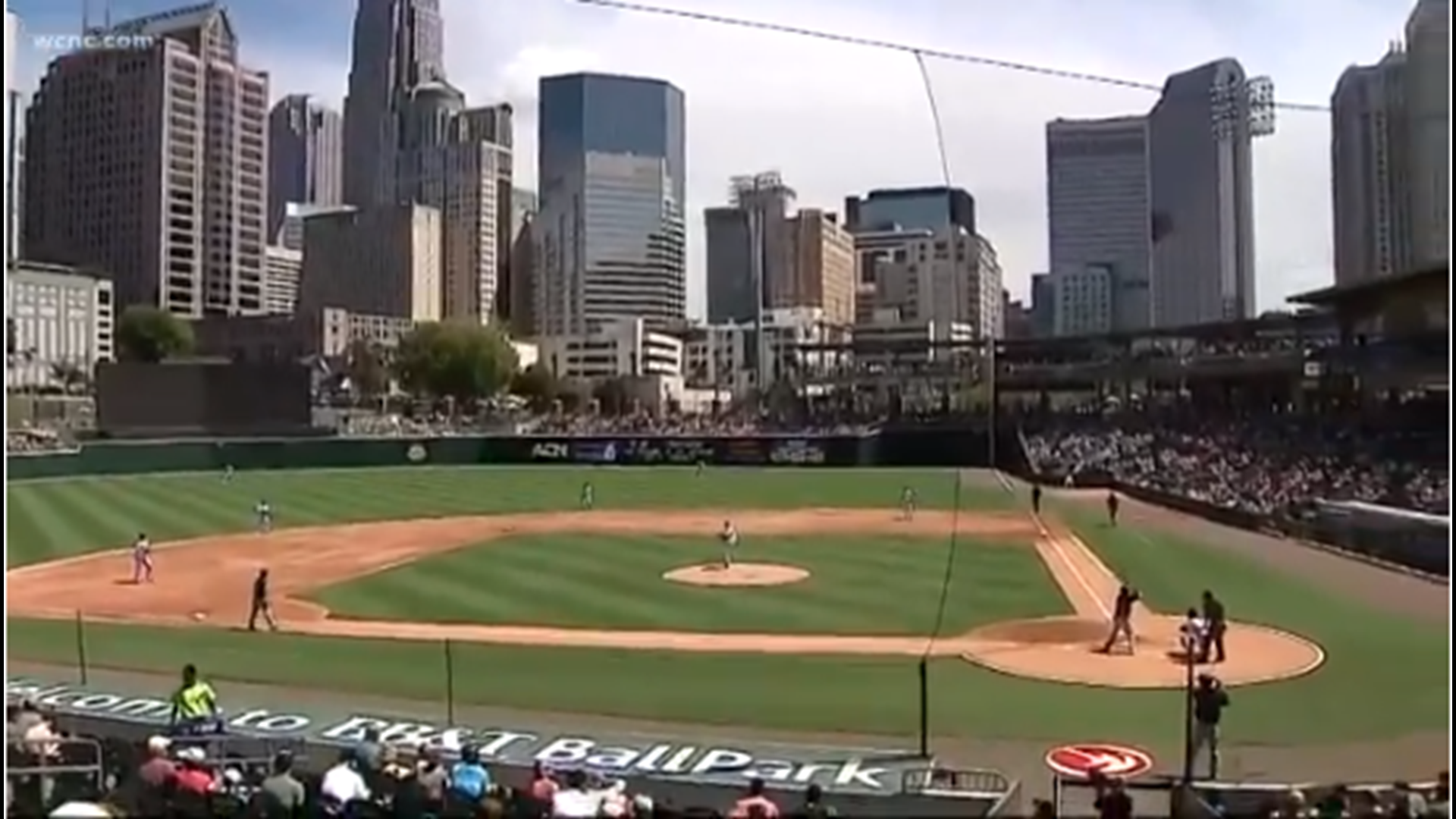 Again, it was a sellout, as the team has consistently led the minor leagues in average attendance and plays in arguably the best ballpark in Minor League Baseball.

Over the years, many of baseball’s best have swung through uptown en route to their ultimate destination – Major League Baseball (MLB).

But many have wondered over the years: Could Charlotte be the place where the future stars become MLB stars?

The idea of a MLB team in Charlotte has been around for years. But now the conversation is becoming real.

"Well I think it is still worth talking about,” said Erik Spanberg of the Charlotte Business Journal. “Charlotte has become one of the two or three cities that MLB Commissioner Rob Manfred throws out there."

Indeed, baseball's top boss has mentioned the Queen City multiple times in interviews as a possibility for MLB expansion. And last year, The Athletic's Jayson Stark mentioned Charlotte as a likely candidate for expansion by 2025.

“Charlotte has most of the things you need, a growing population," said Spanberg. Charlotte's a Top 25 television market. The third thing they're going to want is a ballpark, and the ballpark behind me (BB&T Ballpark) is not going to work."

Contrary to popular belief, an addition to BB&T Ballpark, which opened in 2014, is not possible. Simply demolishing the park to make way for a bigger stadium is not feasible either. It would need more space.

But it could be a while before a new park and owner become part of the conversation. For now, though, the talk is real.

"Charlotte has always been five to 10 years away from Major League Baseball,” Spanberg said. “But I think the timeline could actually become more realistic the next couple of years."