Police warn those who picked up $$ that spilled from armored car: Return it

As police tell people to return the funds, a defense attorney said it would be difficult to get an exact number of people who took the cash. 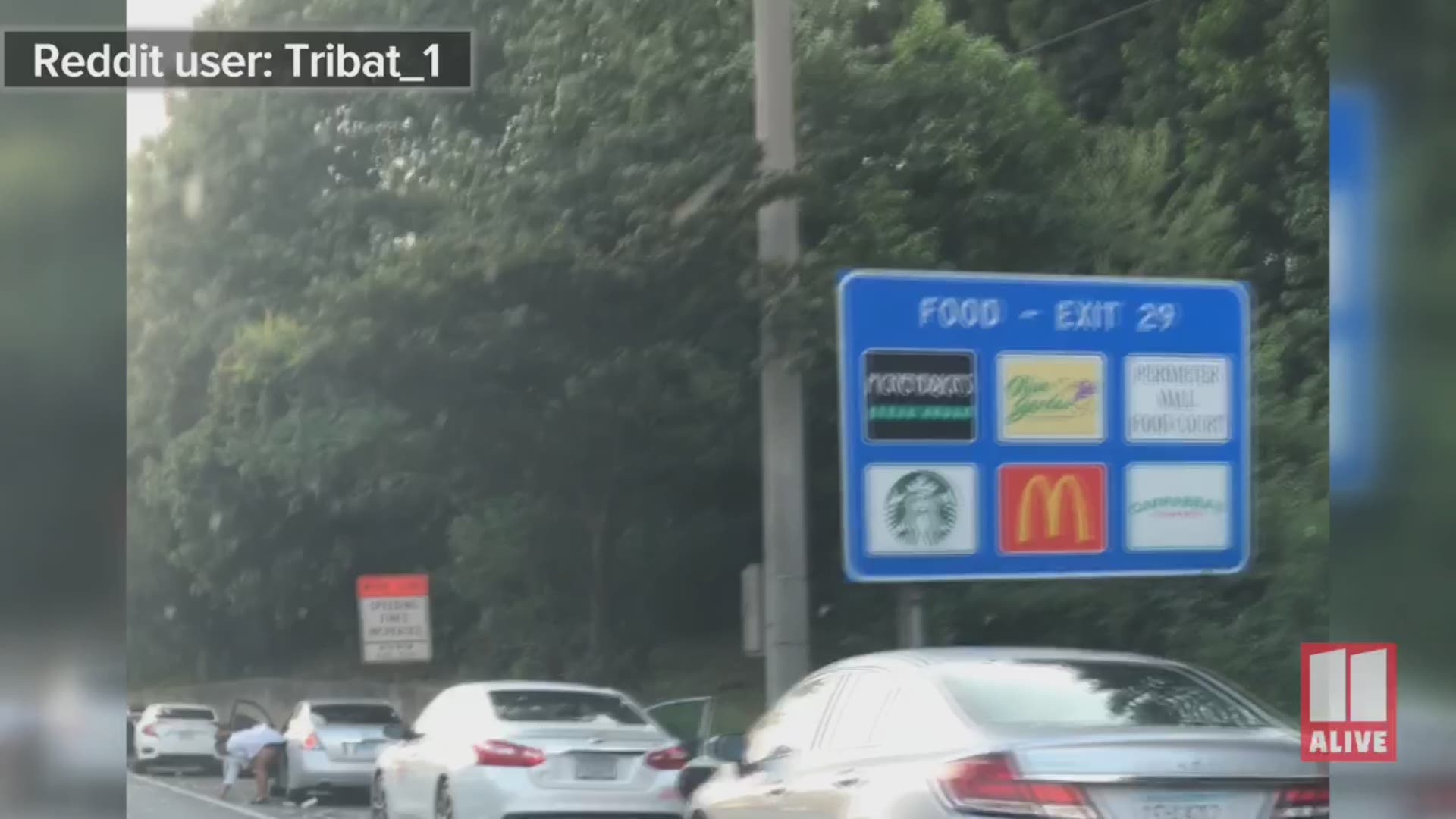 DUNWOODY, Ga. — Money doesn't grow on trees, but if you were driving along Interstate 285 in Dunwoody Tuesday night, it was falling from them.

An armored vehicle spilled between $100,000 and $175,000 in cash out onto the highway, Dunwoody Police confirmed Wednesday morning.

Videos went viral on social media showing vehicles stopped and people on the side of the road under trees grabbing up cash off the ground.

"While we certainly understand the temptation, it’s still theft and the money should be returned," Dunwoody Police wrote on Facebook.

"We are hoping many will return the money, and I know of at least one who is," Sgt. Robert Parsons told 11Alive's Joe Henke in an email.

"We also may have plenty of video on social media and tag numbers / people to investigate if people chose not to return it," Parsons added.

So far, six people have come to police to return money. Police estimate that value to be around $4,400. They said the people saw the department's Facebook post and decided to return it.

The department said a 911 call came in Tuesday night around 8 p.m. "regarding money flying all over the road." They said at least 15-plus vehicles stopped as "people were frantically taking the money" on the roadway.

"Officers and the truck crew gathered a few hundred dollars that was still there when officers arrived, but plenty was taken by passerby’s sticky fingers," the department wrote. "The exact amount is currently unknown."

"We are thankful there were no crashes or pedestrians struck as a result of this isolated cash storm," police added.

Defense attorney Bret Williams said it would be difficult to get an exact number of people who grabbed the cash. It will also be hard to figure out how much they took. He added, it could be a challenge to pursue and press charges.

“Let’s say someone came in and returned $200 but they really found $800, how would you ever know?” explained Williams. “If you can’t prove they saw the truck, then you have an issue there.”

But Williams added any defense attorney could argue, the blame isn't totally on the drivers in the cash grab.

"The company had some malfeasance on their part."

The owner of the armored trucking company issued the following statement:

These are the two women Georgia has executed so far