21 Republicans vote 'no' to awarding gold medal to police who defended Capitol on Jan. 6

The measure passed the House with overwhelming support from 406 lawmakers. 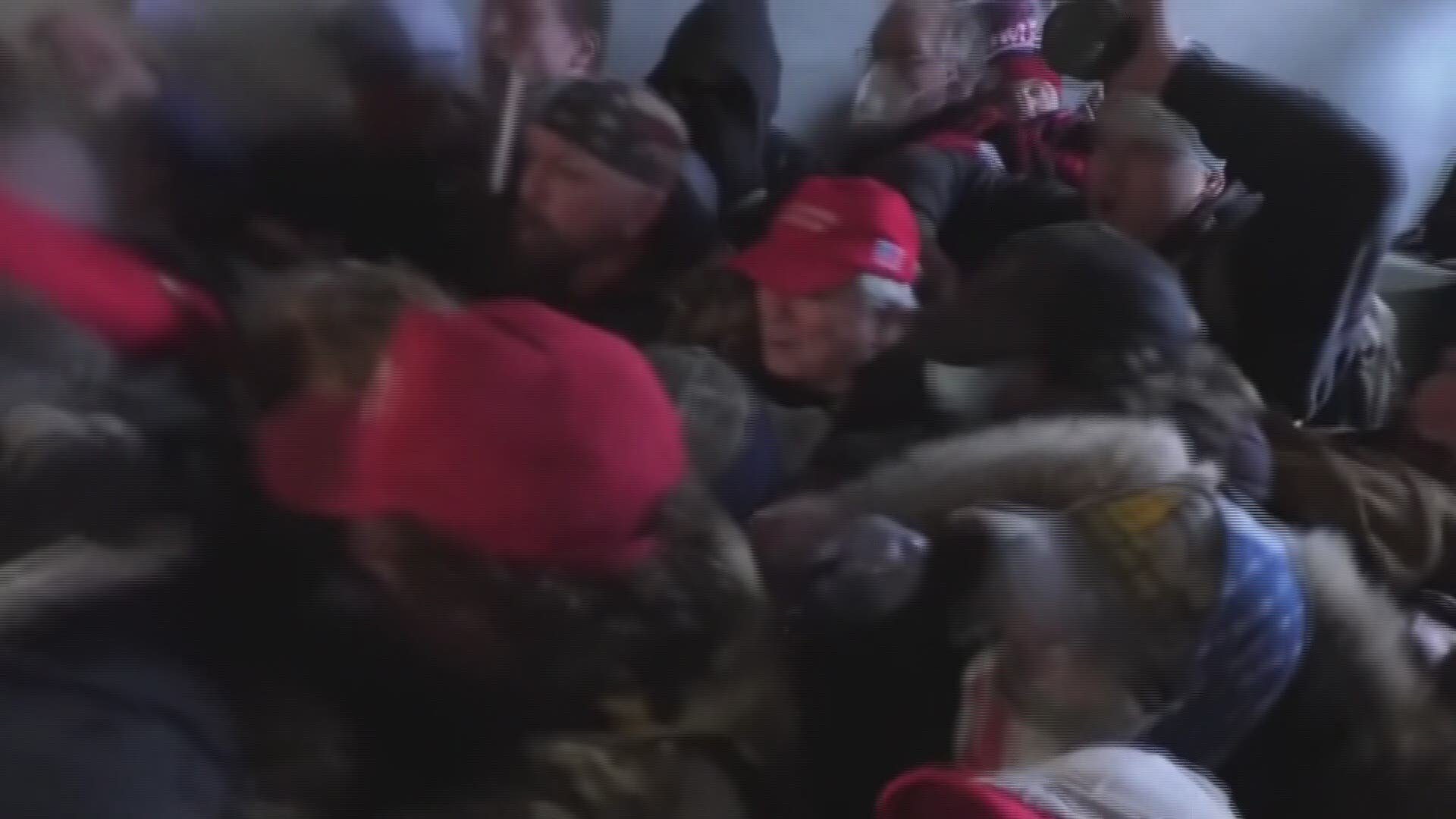 WASHINGTON — A total of 21 House Republicans voted on Tuesday against awarding the Congressional Gold Medal to all law enforcement officers who responded to the Jan. 6 insurrection at the U.S. Capitol.

Many of the lawmakers voted, no, because they objected to the use of the term “insurrectionists” in the resolution.

“This otherwise commendable resolution was hijacked by Speaker Pelosi to continue pushing her claims that January 6th was an armed 'insurrection,' said Rep. Andy Harris (R-Maryland).

“I voted NO on Speaker Pelosi's attempt to use partisan rhetoric instead of honoring our fallen Capitol Police,” said Rep. Bob Good (R-Virginia).

Although there were a few who voted against the measure, it passed the House with bipartisan support from 406 lawmakers.

Here a list of lawmakers that voted "nay" to the Congressional Gold Medal for officers.

Harris said he believes, "it is inappropriate for Congress to draw legal conclusions by using the term “insurrection” in the resolution while several criminal investigations are still ongoing."

“What was it on that day other than an insurrection? Were these tourists as some in his party -- the wing, the crazy wing of the Republican Qanon conspiracy part of his party -- is suggesting?” asked Heather Mizeur, who may be the leading Democrat vying to take on Harris in the 2022 general election. "This is a fringe wing of his party. It's not representative of the true bipartisan nature by which the Congress has come together to recognize that what happened on January 6 was a horrible stain on our history," she said.

The House and Senate went back and forth for a course of months trying to decide if they wanted to honor all law enforcement who responded on Jan. 6 or to award the Congressional Gold Medal to Capitol Police Officer Eugene Goodman, who helped keep a crowd of rioters out of the Senate chamber during the riots.

The House legislation was modified and a Gold Medal will be awarded to Capitol Police, one for the D.C. police, another for the Smithsonian Institution and another to be displayed inside the Capitol building along with a plaque that names all law enforcement agencies who helped repel the rioters that day, according to the Washington Post.

The Congressional Gold Medal is bestowed by Congress as a symbol of national appreciation for distinguished achievements.

During the Jan 6. Capitol Riots, five people lost their lives and dozens were injured when pro-Trump rioters stormed the U.S. Capitol on Wednesday, Jan. 6. Two police officers have also died by suicide in the weeks following the attack.

Thousands of Trump supporters surrounded the U.S. Capitol following a rally on the National Mall to protest unfounded claims of election fraud in which the President told the crowd to “fight like hell”, and that if they didn’t they were “not going to have a country anymore.”

The mob forced its way in while a joint session of Congress led by Vice President Mike Pence was being held to certify the electoral college vote, confirming Joe Biden’s presidency. The rioters smashed windows, pushed back police lines and scaled the walls of the Capitol, gaining entry as far as the House and Senate Chambers where the historic vote had been happening just minutes before.

The looters ransacked offices of leaders like Speaker of the House Nancy Pelosi and damaged or stole property throughout the complex.

The building was locked down for more than 4 hours, key members of the government were ushered away by armed security to safe locations while other Congressmen and women and their aides barricaded in their offices, fearful for their safety.

More than a dozen people have been charged with federal crimes, but the FBI is still working to identify many other rioters. Anyone with tips can call 1-800- 225-5324 or submit images or videos at fbi.gov/USCapitol.

RELATED: Richard Barnett's lawyer says the DOJ has video of his client 'helping' Capitol Police, and he wants it