While the presidential and senate races are getting most of the attention, some unfamiliar items on your ballot could have a huge impact on Charlotte's future. 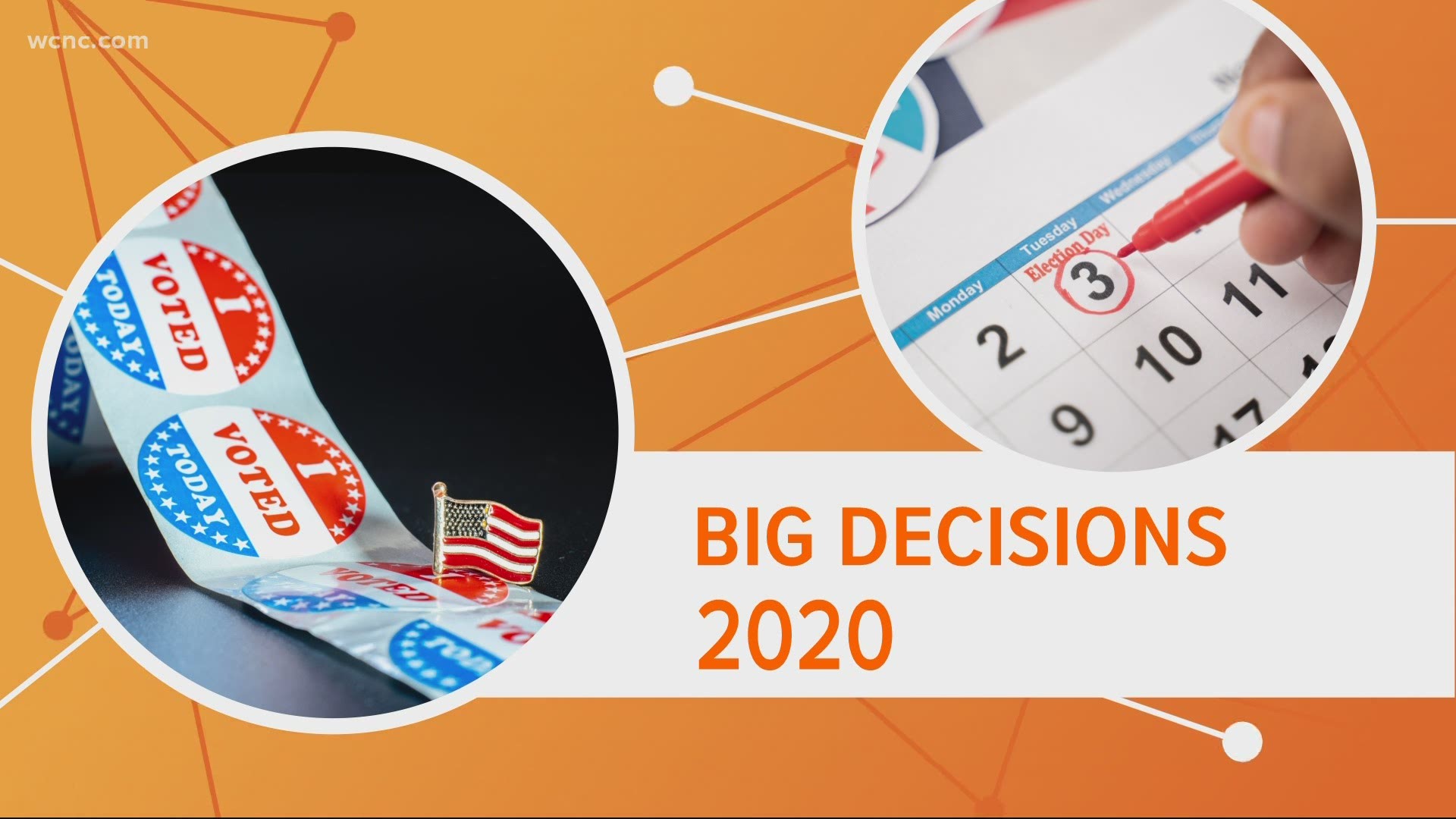 CHARLOTTE, N.C. — The countdown to the 2020 election is getting closer to zero, with Election Day just eight days away from Monday. And while the presidential and senate races are taking most of the attention, there are some unfamiliar items on your ballot that could shape the future of Charlotte.

In Mecklenburg County, there are three bond referendums on the ballot this year. They're for public transportation, affordable housing and neighborhood improvements, like parks and greenways. In total, they're worth nearly $200 million ($197.2M, to be exact).

In fact, Charlotte City Council has already approved the plans, so you might be wondering what you're voting on in the first place. Voters are deciding on whether the City of Charlotte should borrow money for these projects. It's a fairly common practice. Bonds help the city pay for a major project over a longer period of time.

The other piece of good news for Mecklenburg County voters? If the bonds pass, property taxes won't go up because the money is already part of the city's budget.