GOP Senators on opening of legislative session: Yes to Amazon, no to casino cash 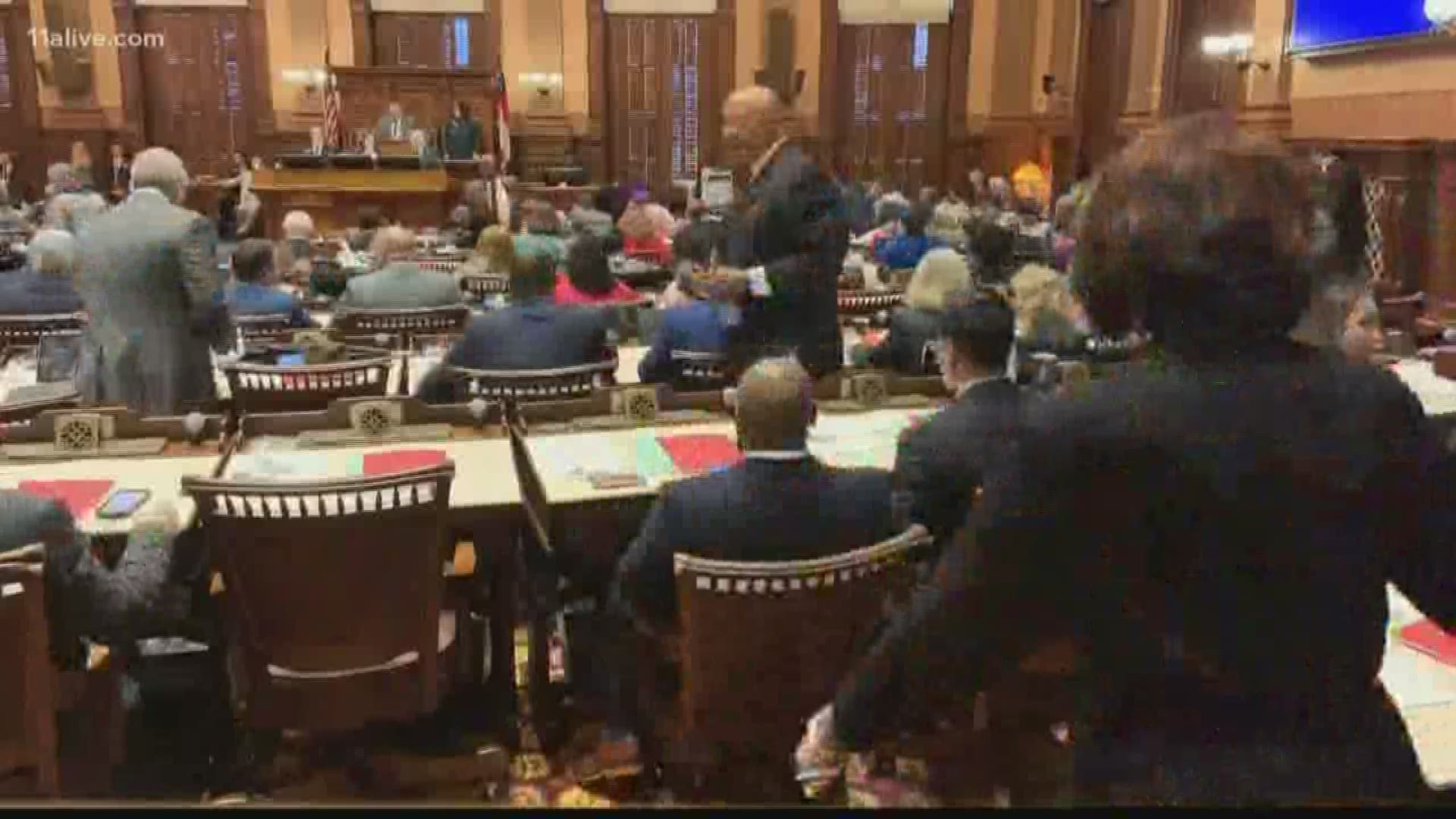 ATLANTA — Georgia lawmakers are back in town and made quick work of the opening day of this year’s legislative session.

"Google-dot-com, Amazon have all agreed to be facilitators to bring this money in that the state is owed and is not being collected," said state Sen. Chuck Hufstetler (R-Rome), the finance committee chairman.

Legislators said they want to give raises to teachers this year, though finding the money for it will be a challenge.

They also want to look at the film tax credit – in light of state audits that the film industry is costing every household in Georgia $200 a year.

"It’s alarming, some of the information out of there. I think there’s an opportunity to create some significant improvements, to make farmers out in south Georgia feel like the $200 they’re paying each person for that tax credit that they’re getting (a return on investment)," said Lt. Gov. Geoff Duncan.

Proponents view casino gambling as an issue Georgia voters ought to get to decide in a November referendum.  But to get there, it has to get out of the House and Senate with two-thirds votes.  So, how’s that looking?

"It’s not one of our priorities," said state Sen. Mike Dugan, one of the senate’s top Republicans. He said the projected state windfall from gambling isn’t definite enough to give casinos much more than a shrug.

"There are things that are out there - everything can’t be a priority," Dugan said.

"I just haven’t seen that overwhelming push for gambling here in the state of Georgia. I certainly have heard it out while traveling in Georgia," Duncan said.