Charlotte leaders vote to allow duplexes, triplexes to be built in 'all place types' as part of Future 2040 Comprehensive Plan

City Council voted on the most controversial part of the 2040 plan: changes to single-family zoning. But they basically left the proposed plan the same. 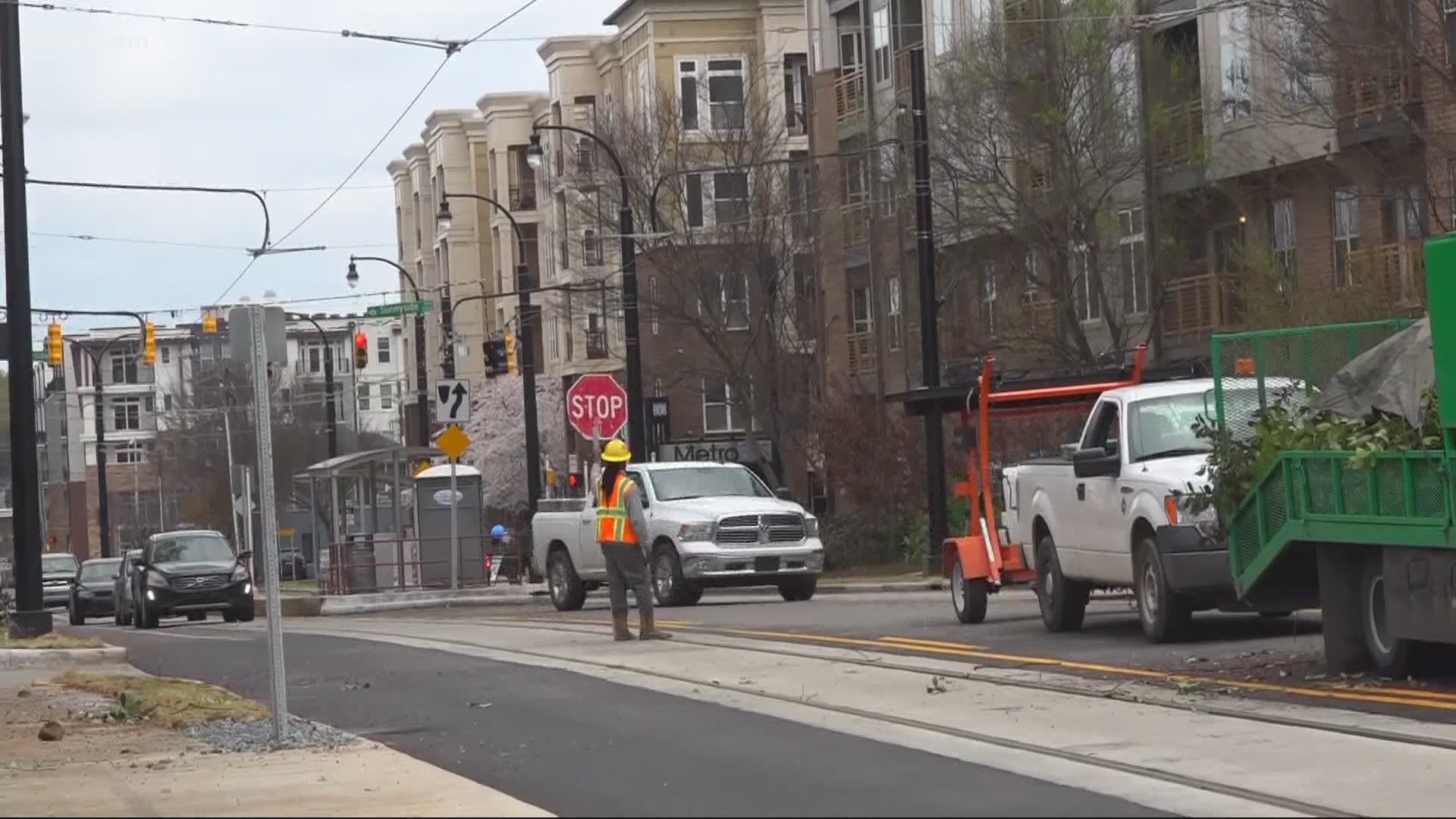 CHARLOTTE, N.C. — After multiple marathon and chaotic meetings, Charlotte City Council voted to essentially keep the single-family housing portion of the Future 2040 Comprehensive Plan the same, allowing duplexes and triplexes to be built on "all place types," instead of on "all lots."

The 2040 plan is the roadmap that will impact how Charlotte is built for the next two decades, and the most controversial part so far has been whether single-family-only zoning should stay that way.

Monday's meeting was a messy one, full of substitute motions, confusion, and straw votes in between series of discussions.

"The risk that we have here is doing nothing," Mayor Pro Tem Julie Eiselt said. "Status quo is not going to make your constituents happy."

The most controversial vote on Monday was whether to keep policy 2.1, which would "allow duplex and triplex housing units on all lots where single-family housing is allowed and require conformance with residential lot size requirements, setback requirements, and other site development standards specified within the Unified Development Ordinance (UDO)," as stated in the first draft of the plan.

Council took a vote to scrap the policy, which would protect single-family only zoning. It failed 6-5. The no votes included councilmembers Dimple Ajmera, Eiselt, Greg Phipps, Larken Egleston, Malcolm Graham, and Braxton Winston.

"It boils down to me -- all of these hours of discussion that we've had about the comprehensive vision plan -- this issue right here, is it. Right? Let's face it, this is what everybody's going to vote up or down on the plan," Eiselt added.

A substitute motion was eventually made which would allow some neighborhoods to essentially remain single-family only. It would only allow duplexes and triplexes on corner lots only.

It also failed. The vote was 5-6. Councilmembers Eiselt, Winston, Phipps, Ajmera, Egleston, and Graham voted no.

Throughout the meeting, there was a spatter of substitute motions for ideas that received at least five supportive votes from council the week before.

Debates boiled over towards the end of the night when Councilmember Victoria Watlington interrupted ongoing proceedings after a proposal came to the floor to table discussions to move on with the agenda, and come back to the plan later.

Councilmember Winston spoke up, "We do not follow Robert's Rules of Order in here. We follow the city council rules," he explained, annoyed at constant interruptions.

"Under the city council rules, the mayor presides over the meetings. She decides what is in order, she decides what is on the agenda," he said. "This has been very disrespectful, and I may get in trouble for this, but if you guys want to be mayor, run for mayor."

"That's really rich coming from you of all people," Watlington quickly said back.

By the end of the night, the council approved replacing the words "all lots" with "all place types" in policy 2.1, essentially keeping it the same.

It was an 8-3 vote for the change of words, with councilmembers Ed Driggs, Tariq Bokhari, and Renee Johnson voting no.

"We can't take 70% of the landscape of Charlotte and assume that it's OK to across the board, to just say there will be no single-family zoning," Driggs said. "And again, one of the biggest concerns is that when you apply it to certain vulnerable neighborhoods, we can't control what happens anymore."

Council voted on roughly 20 changes to the 2040 plan, including the requirement of an economic impact analysis prior to implementation, and the creation of an anti-displacement committee.

A new draft of the 2040 Plan will be out on Wednesday, with a final vote slated for June 21.