In their first full day at their annual retreat, city leaders came up with several goals before dwindling them down into priorities to tackle in the new year. 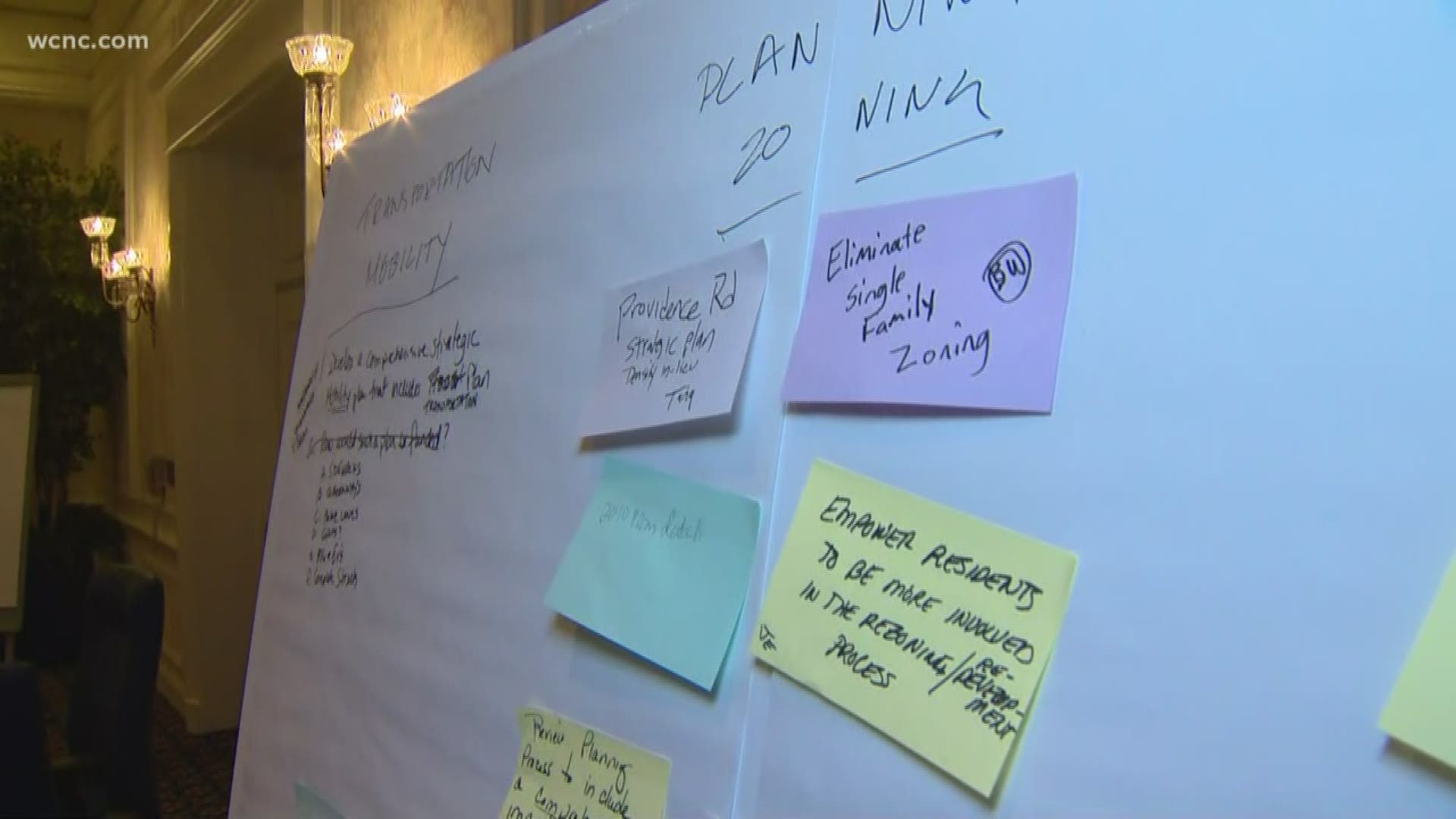 DURHAM, N.C. — Inside a Durham ballroom at the Washington Duke Inn & Golf Club, Charlotte city leaders determined what they should focus on during 2020.

"Just keeping up with growth -- in my district and across the entire city," said Tariq Bokhari, who represents district six, as he talked about his priorities.

"Incorporate into that the idea of electric buses," said Mayor Pro Tem Julie Eiselt as she went over her priorities.

"Because if you have an efficient bus system, now you redefine what affordable housing looks like," Eiselt said.

Council members started by setting their goals, then they put pen to paper as they wrote them down on post-it notes. They then organized those goals based on the amount of impact it would have on the community.

After the priorities were organized, council members broke off into different groups based on topics. The topics were: safe communities, workforce development, and transportation, planning and environment.

Council members also listened to a presentation about the economic state of Charlotte and the nation.

He presented numbers that showed Charlotte thriving when it comes to jobs and growth, but he acknowledged the problems it could cause.

"Our houses are a lot more affordable for people moving here than for those already here," Vitner said.

"It's a tale of two cities," Malcolm Graham said after the presentation. "Major corporations who are making a good income in Charlotte are doing well, and those living in the shadows are falling behind."

Graham represents district two. It's why he and other council members want to tackle affordability in a multi-faceted way.

Mayor Vi Lyles said she wants to promote more homeownership instead of rentals, as a way to help make Charlotte more affordable.

On Tuesday, council will dig deep into the budget and transportation as we learn how they will plan to spend taxpayer money.