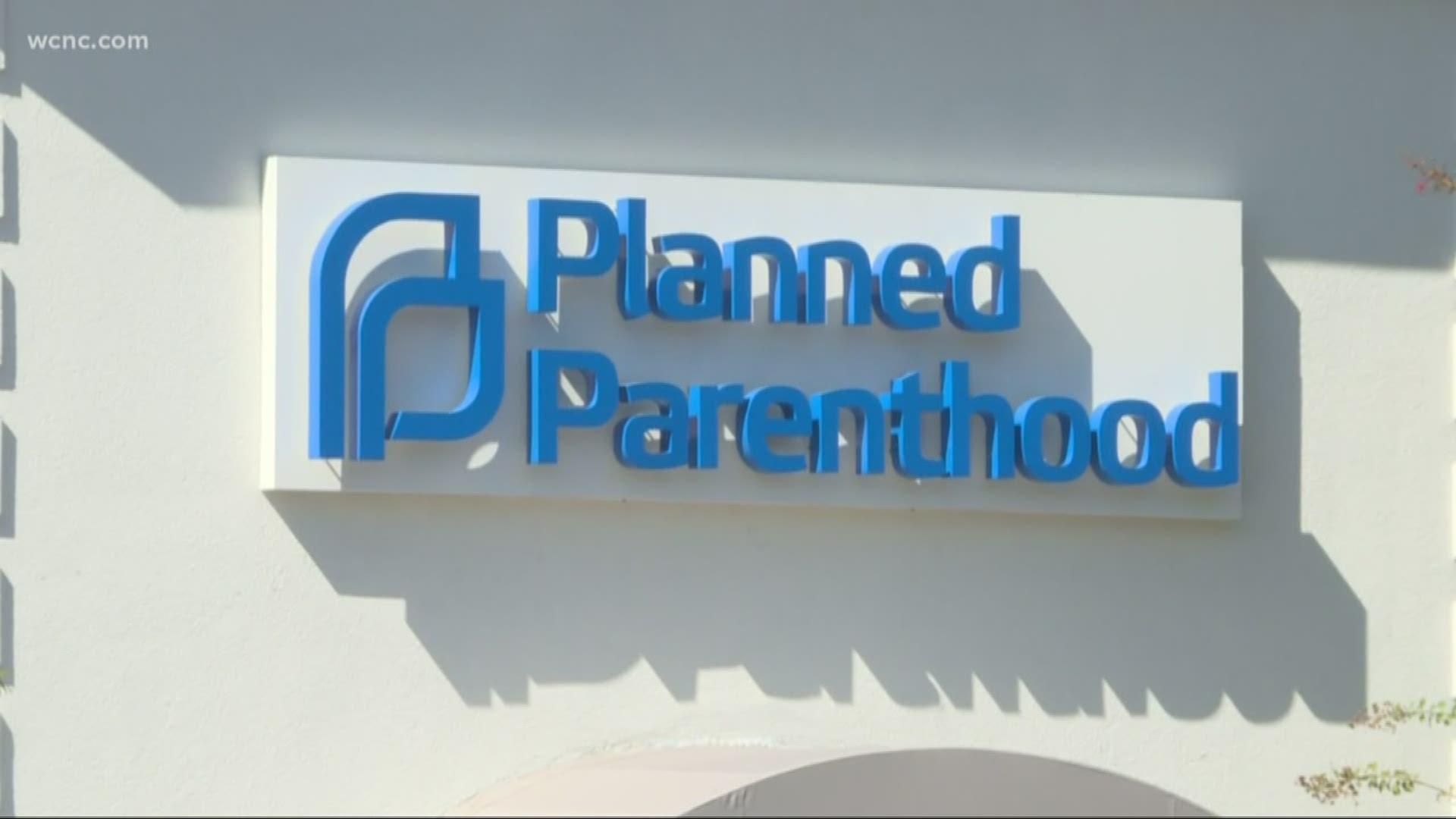 CHARLOTTE, N.C. — Some people who live in the Cherry neighborhood in Charlotte are upset about their newest neighbor.

People buy homes in Cherry to enjoy the quiet, peaceful and historic neighborhood. A home is a big investment to make, and the people on Torrence Street want to protect that.

The new clinic opened its doors in July.

"Nobody would want this in their neighborhood," said Mandy Deak, who lives across the street from the new Planned Parenthood.

She said it's alerted the landscape. A group of neighbors agreed.

They said it has nothing to do with the services Planned Parenthood provides. But they’re not happy about the crowds it brings with it almost every single day.

She said she and her neighbors had no idea it'd be coming to their street.

The Washington Post reported a group raised money for years in private, wanting to make sure word of a new clinic coming to Charlotte didn't spread.

A representative for the city said because the building was a doctor’s office before, new zoning wasn't required, and a public meeting was not necessary.

"There was nothing that anyone had to stand up and protest against. You went in and got your blood pressure and a prescription, it wasn't a matter of life and death. That’s not even fair to make that comparison," said Dunlap-Thompson.

Deak now has a direct view of the clinic from her porch. She loves her house and doesn’t want to move but feels like she has no other options. Her major concern is now about the value of her property.

"I’m very much concerned about property values. There’s a house that’s been up for sale for a few months. Prior to this houses sold like that," she said.

Planned Parenthood South Atlantic has provided essential health care and education services to the Charlotte area for nearly 50 years. The new health center on Torrence Street allows us to provide care to more patients each year as well as to expand education and community engagement programs.

We will continue to provide lifesaving cancer screenings, including Pap tests and clinical breast exams, birth control, STI testing & treatment, and have proudly begun offering compassionate, high-quality abortion care. Every year we see about 3600 women, men and teens who come to us not to make a political statement- but because they actually need healthcare.

The building, which was pre-zoned for medical use before Planned Parenthood moved in, was chosen because it is a much more accessible location for our patients, allowing us to better serve the community.

Planned Parenthood South Atlantic is committed to ensuring that the women of Charlotte and the surrounding area continue to have access to basic, affordable health care and compassionate safe and legal abortion care, no matter what.