"I think we need to look back to see if we need more security with absentee ballots." 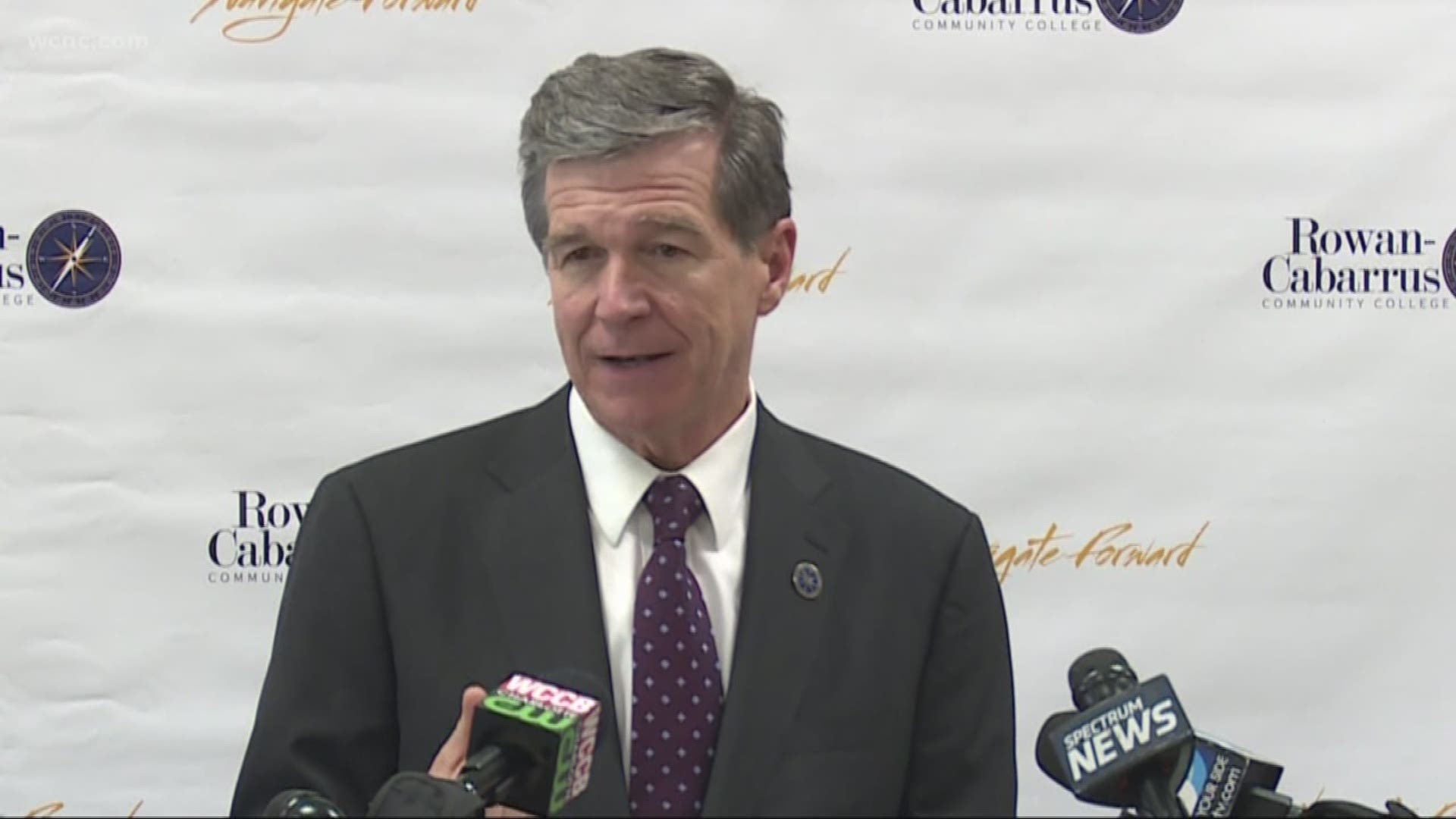 CHARLOTTE, N.C. — Governor Roy Cooper was in Kannapolis to tour the first-class facilities at Rowan-Cabarrus Community College and announce the winners of the NCWorks Local Innovation Fund.

"I know our community colleges are central to making sure we have the very best, well trained work force in the country," Gov. Cooper said to a room full of people.

After recognizing the work of trade schools in the Tar Heel state and touting the economy, Cooper called on Republicans & Democrats to come together for the state's educators.

It was the first time Cooper publicly spoke since the State Board of Elections decided a new race was warranted in the 9th congressional district.

"Clearly, it needed to occur," he said of the new race. "I think we need to look back to see if we need more security with absentee ballots."

Before making a quick exit, the Governor even addressed the 2020 gubernatorial race after former governor Pat McCrory hinted that he is considering running against Cooper.

"I'll be making an announcement on that soon and we are ready to take on all comers," Cooper said.

Cooper did not divulge any details on when he is planning to make that announcement.