CMPD facing sharp criticism after clash with protesters in uptown

Protesters said CMPD officers trapped them on all sides before using pepper spray and tear gas on the crowd. 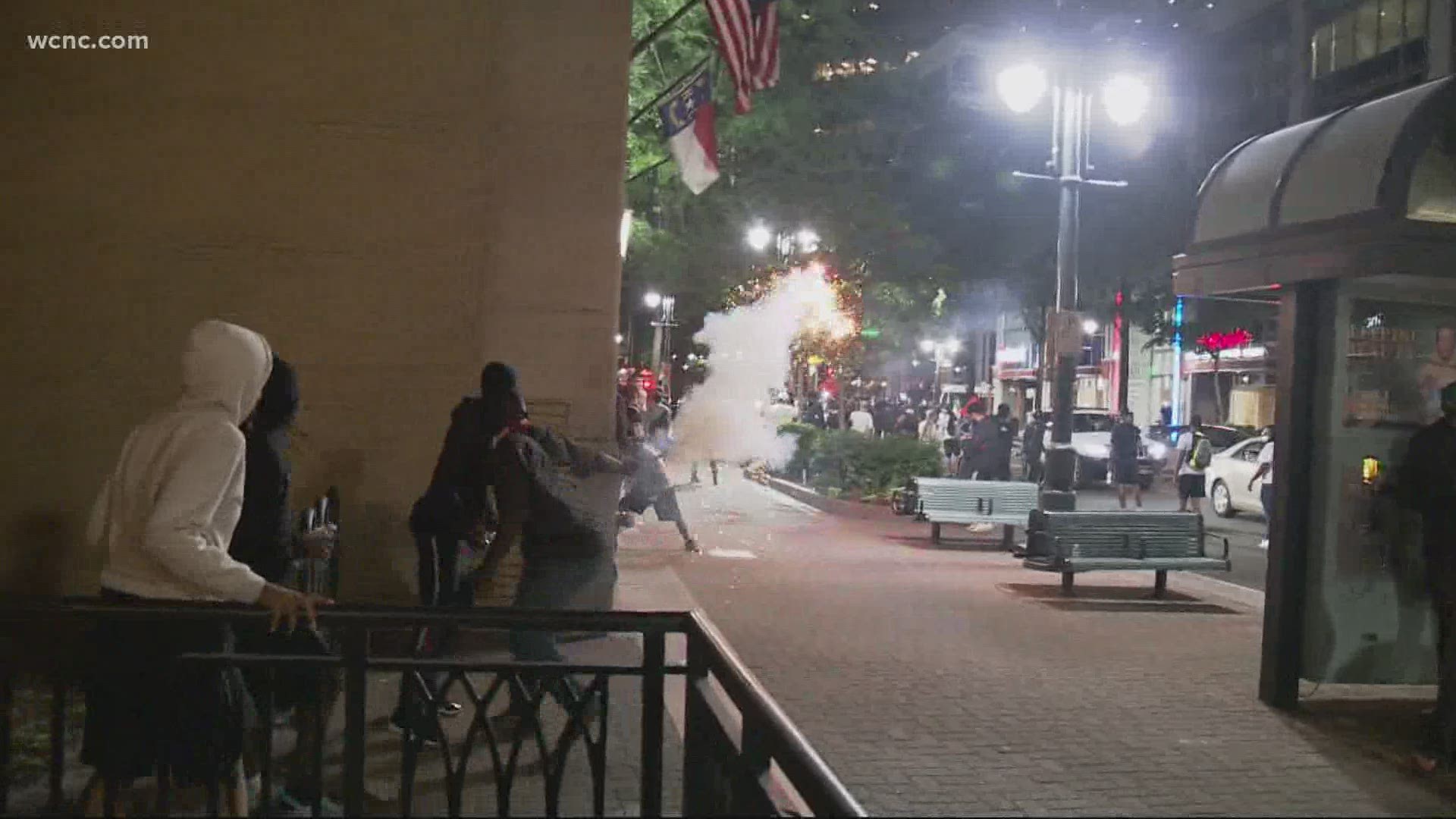 CHARLOTTE, N.C. — Charlotte-Mecklenburg Police says it will conduct an internal review of its officers' actions after protesters said they were trapped and gassed in uptown Charlotte Tuesday night.

CMPD tweeted it will conduct a review to ensure that proper protocol was followed. Overnight, CMPD made 27 protest-related arrests. Since Friday, 97 people have been arrested in connection with protests in Charlotte.

"I'm still burning a lot in the face, and even on my wrists," said pastor Justin Martin, who was caught in the middle of what he says was an unprovoked attack by police.

He says the group was peaceful before being targeted by officers.

"I saw, with my own eyes, what was going on," Martin said. "The protesters were being peaceful and doing everything they could just to march around and let people know that they were standing for justice. And the police seem to be just on edge, more than I've ever seen before."

We are internally reviewing the circumstances that developed this evening on 4th Street to ensure policy and protocol were followed.

The tense moments Tuesday night came after hours of peaceful protest in uptown, with hundreds of people gathering outside the city's government center for an event organized by the Mecklenburg County NAACP, showing support for George Floyd and countless other lives lost to police brutality in America.

"I couldn't believe the people that showed up here," said one protester. "The amount of support, I was really speechless."

CMPD sent a release Wednesday afternoon acknowledging the events, saying there is "nothing to indicate whatsoever that there was intentional abuse on the part of our officers." The department said they requested an independent review from the State Bureau of Investigations.

In the statement, CMPD said in part:

"There is nothing to indicate whatsoever that there was intentional abuse on the part of our officers. In the interest of accountability, I have requested an independent review of the incident by the State Bureau of Investigation to ensure there is an objective set of eyes to determine if CMPD actions were lawful.

It is regrettable, and something we take seriously. We have an enormous responsibility to ensure all of our operations are carried out with precision.

We as an organization need to learn from this incident, and redouble our efforts to ensure that we’re doing everything we can to keep the community, protesters and officers safe. We are a learning organization and always working to identify opportunities to serve our community better."

RELATED: For the fifth day in a row, hundreds join together for protests in Charlotte