Most North and South Carolina House Representatives voted along party lines, with one exception. 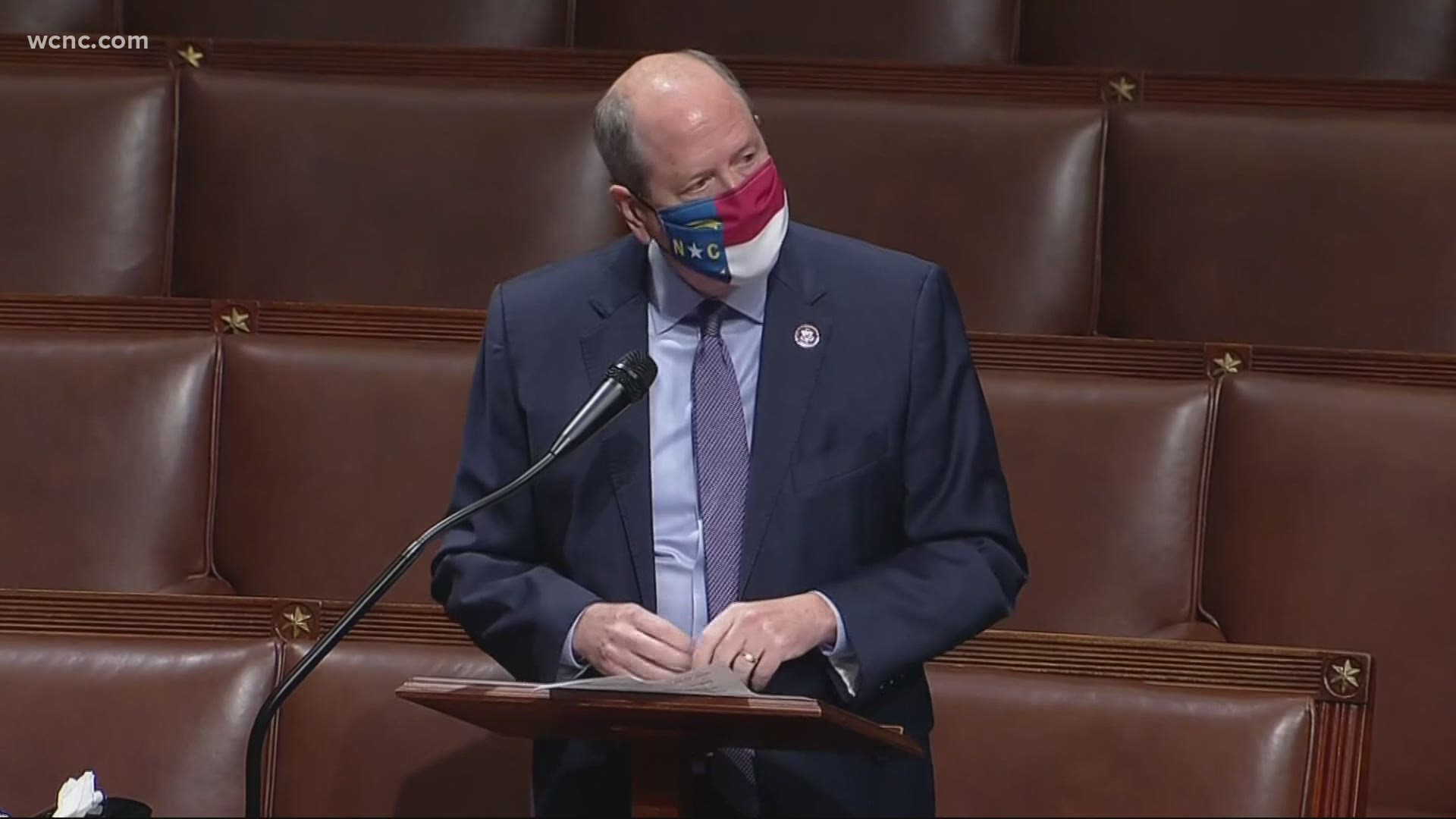 South Carolina Representative Tom Rice was the lone Republican in the state who agreed with the impeachment too. He’s one of 10 Republicans who voted yes.

In a statement Rep. Rice explained the reason behind his vote saying in part:

"Under the strict definition of the law, I don’t know if the President’s speech last Wednesday morning amounted to incitement of a riot, but any reasonable person could see the potential for violence."

Other South Carolina Republicans disagreed, arguing this impeachment process was being rushed.

On the other hand, some North Carolina Democrats say they hoped impeachment would happen much quicker.

“Wish we could impeach him right now but there’s no time,” NC Rep. Alma Adams said. Posting on Twitter later in the evening, Adams said, "We did our job."

But even Republicans who didn’t necessarily agree with President Trump’s actions before and after the Capitol riot do agree the blame cannot be placed solely on him.

“This is not the first day of violence we’ve seen,” South Carolina Representative Nancy Mace said. “We’ve seen violence all across our country over the past nine months and we need to recognize our words have consequences, that there is violence on both sides of the aisle. We’ve contributed to it and we need to take responsibility.”

Here’s the breakdown of the votes in the Carolinas: