Cooper forms group to make recommendations about I-77 toll project 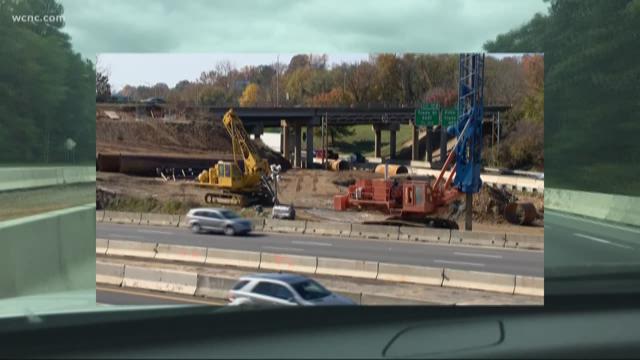 Work on the new toll lanes that many who live in northern Mecklenburg County oppose, continues every day but the newest appointee to the new advisory board, County Commissioner Pat Cotham, says the fight is not over.

“I am an optimist. We don’t give up just because they have started,” Cotham said.

Commissioner Jim Puckett who represents the north end of the county approached Governor Cooper about forming the advisory board and Cooper gave him the green light.

He says the group will be made up of residents, business people and local officials from cities along the I-77 corridor.

Asked if the group would have any real power to make changes now in the project, Puckett pointed to the 35,000 voters who live in the area and who will be watching.

“It’s a very serious voting block in North Mecklenburg and South Iredell. The Governor understands that," Puckett said. "He has a re-election in 2020, so I do think we have the power of the ballot box."

Former Governor Pat McCrory was a strong supporter of the toll project and many political watchers, including Commissioner Cotham, believe that cost him re-election.

“People who in the past voted for Pat McCrory instead switched their vote,” Cotham said.

Puckett says the group will meet twice a month starting next month behind closed doors so all can speak freely.

The group hopes to have a recommendation for the Governor to consider in three months.

Puckett admits however that there is little likely hood of doing away with the tolls altogether.

“I think the more likely conclusion would be some type of a managed lane to allow for getting through the congestion and a general purpose lane much like what they are talking about on 485 in south Mecklenburg County,” said Pucket.

Puckett said he hopes the members of the panel will all be in place and ready for the first meeting in December.