One state senator said the Democrats’ decision to not help eliminate the provision ending no excuse absentee voting in the bill was strategic. 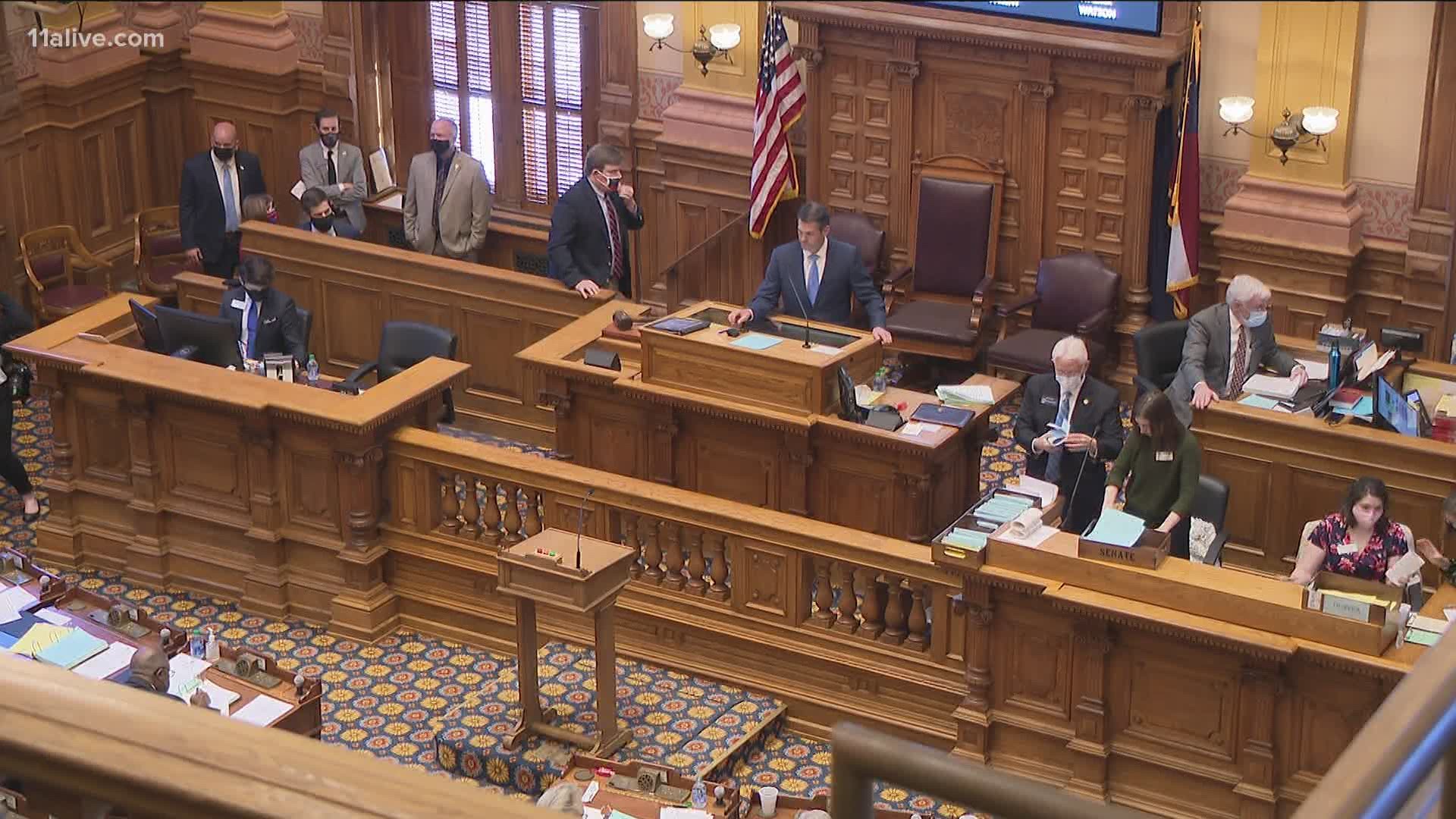 ATLANTA — Republicans at the state capitol will spend part of the next three weeks trying to figure out whether or not to take away no-excuse absentee voting.

Absentee voting was wildly popular in the 2020 election, but Republicans are split on whether to get rid of it.

Democrats had their moment about a week ago in a Senate committee, when they could have joined a Republican effort to try to stop it – but they decided not to.

It happened March 1, in a meeting of the Senate ethics committee.

"I do not support eliminating the no excuse absentee ballot voting in our state," state Sen. Brian Strickland (R-McDonough) told the committee.

Strickland made a Democrat-friendly motion that would have struck the language undoing the current no-excuse absentee voting law.

"Is there a second?" asked chairman Sen. Max Burns (R-Sylvania).  The room filled with silence.

The motion died because nobody would second it – including the Democrats on the panel.

"If the Republicans wanted to take it out, they had the numbers to pull it out. And they should do it. This is their bill. This is their dirty work so to speak," said state Sen. Harold Jones II (D-Augusta), who was at the meeting. Jones was among the Democrats who declined to try to change the bill.

The election bill that passed the Senate a week later included the provision to get rid of no excuse absentee voting.

The bill would require voters to give a legal excuse in order to get an absentee ballot: the voter is age 65 or older; or has a disability; gives constant care to someone disabled; has an employment conflict or is temporarily absent from home.

Jones said if the provision is going to get killed, Republicans like Strickland will need to rally it. The Republicans who don’t want to eliminate no-excuse absentee voting includes House Speaker David Ralston and Lt. Gov. Geoff Duncan.

Sen. Jones said the Democrats’ decision to not help eliminate that provision in the voting bill was strategic.

"These aren’t just regular bills. These are bills that go to the heart of our democracy," Jones said.  "If they want it out, second it and pull it out and then move forward."

Republicans will be tasked to figure out which way they want to jump.