Ballots that were mailed on time, but arrived late, will still count. Those votes could change results even after Election Day. 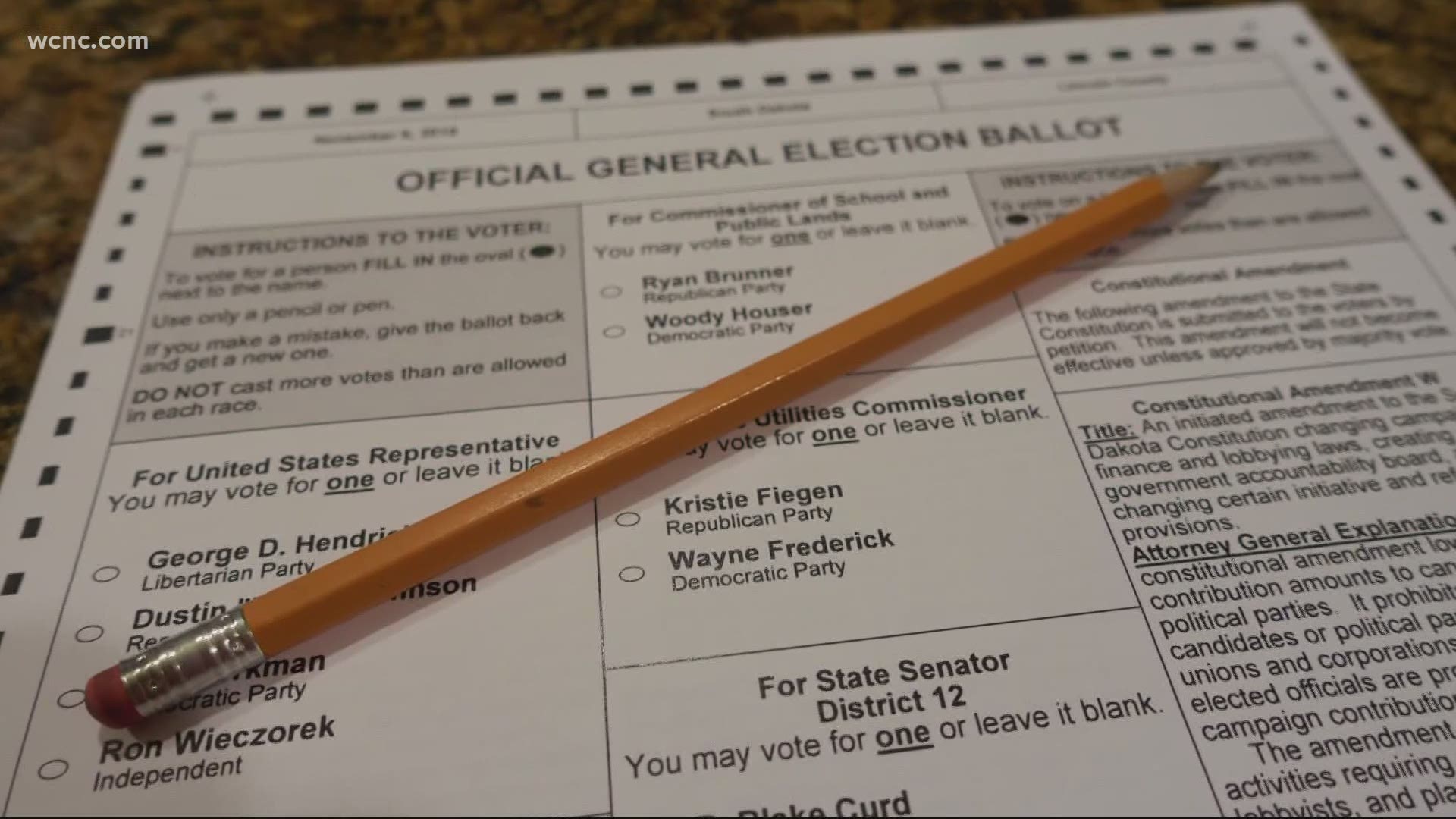 CHARLOTTE, N.C. — A surge in absentee ballots is raising questions about how long it will take to count votes in the Carolinas.

In North Carolina, nearly 760,000 absentee ballots have already been requested, which is more than 10 percent of registered voters.  Everyone wants to know the winners and losers on Election day, but election officials say the high number of mail in ballots could delay the results.

Election officials say the main thing to watch in North Carolina is the number of late absentee ballots.  They’re trying to get people to turn them in early, but it’s hard to predict if that will happen.

If the Presidential race is a tight one, you may not get the answer you’re looking for on Election Day.

“It’s going to be different than it’s been years past," said Damon Circosta, chair of North Carolina State Board of Elections. “Often times, people think they can go to bed knowing who won. We’re going to ask for North Carolinians patience.”

Circosta says late absentee ballots could be the difference in very close races.

“It’s impossible to tell how many races will be in that razor thin margin where there’s more ballots outstanding than there are margin between the candidates,” Circosta said.

In South Carolina, election officials also say results could take longer because of a surge in absentee ballots.  State officials begin processing the ballots a day before the election, but pending legislation would give them more time to do that.  In North Carolina, officials start authenticating ballots five weeks before Election Day.

“We can do everything but the tabulation with a bipartisan board of elections beforehand,” said Circosta.

This year, North Carolina is launching the web application, Ballottrax, which allows voters to track their ballot every step of the way.   However, Circosta says it’s important to note their top priority is not how long it takes to count the votes.

“We would like to get it fast, but we have to get it right, and that’s going to take us some more time,” said Circosta.

In South Carolina, absentee ballots must be in by 7 p.m. on Election Day and should be mailed a week before that at the latest.

Circosta says the North Carolina State Board of Elections has ten days after the election to certify the results, which is Friday, November 13th.