Cal Cunningham is a democratic candidate for U.S. Senate and a lieutenant colonel in the Army Reserve. 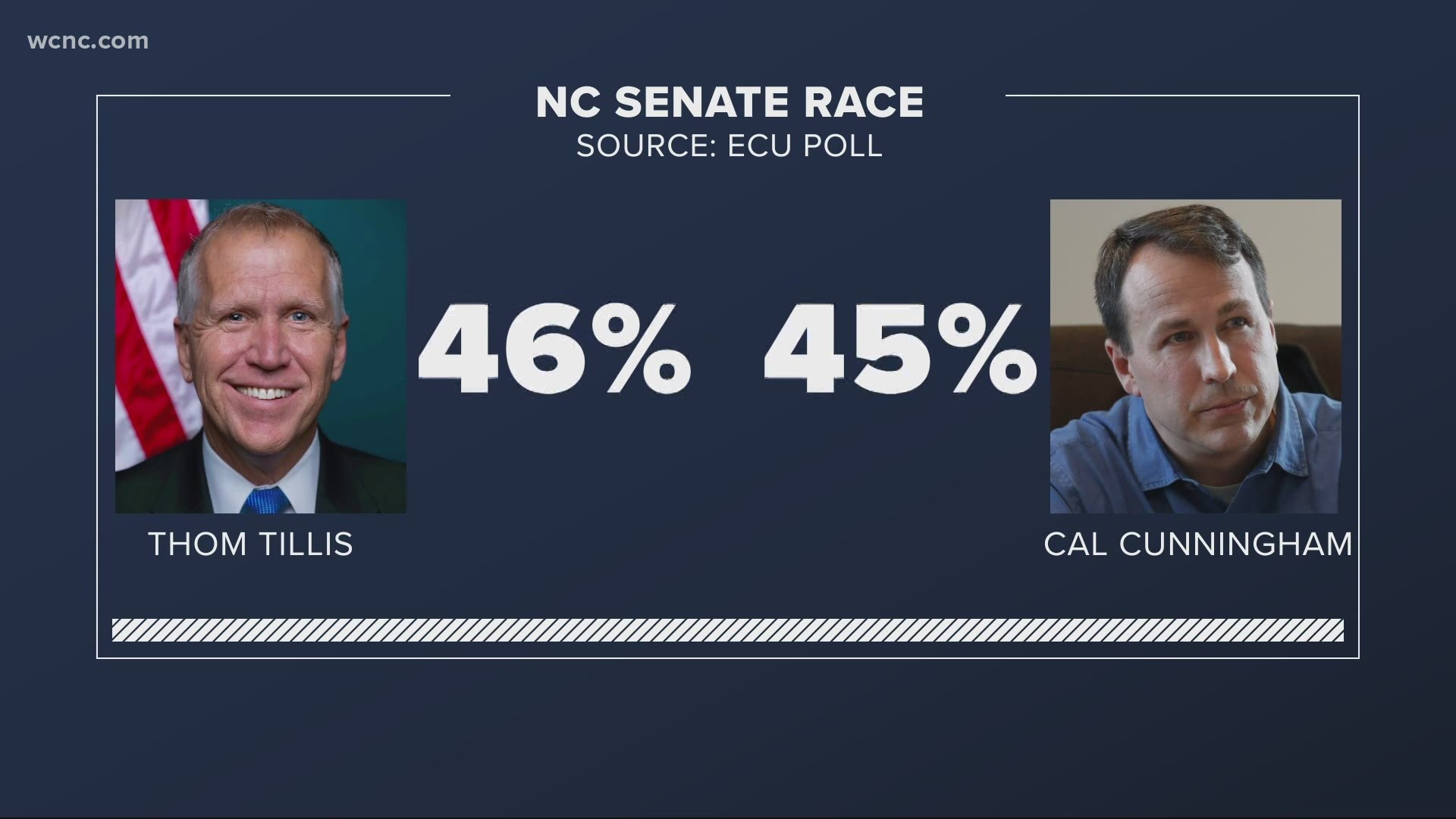 RALEIGH, N.C. — The military is investigating North Carolina U.S. Senate candidate Cal Cunningham, an Army spokesperson confirmed on Wednesday, a day after The Associated Press reported that the Democratic contender appeared to have had an intimate encounter this summer with a public relations consultant.

Cunningham, a Raleigh-based attorney and lieutenant colonel in the Army Reserve who is trying to unseat Republican Sen. Thom Tillis next month, acknowledged late last week that he and the woman — both of whom are married — had exchanged sexually suggestive text messages.

On Tuesday, the AP, citing previously undisclosed texts and additional interviews, reported the relationship appeared to extend beyond texts to an intimate encounter as recent as July,

“The Army Reserve is investigating the matters involving (Lt. Col.) James Cunningham,” Lt. Col. Simon Flake said in an emailed statement that cited Cunningham by his official first name. “As such, we are unable to provide further details at this time.”

Flake did not explain why the Army is investigating or how Cunningham’s relationship with the woman might affect his military career. Adultery has long been a violation of the Uniform Code of Military Justice. Last year the wording was broadened to include any “extramarital sexual contact.” Service members can face a maximum penalty of dishonorable discharge, forfeiture of pay and confinement for a year.

Cunningham campaign spokesperson Rachel Petri said in a news release that the candidate "will participate in this process," but she indicated that he had no intention of backing away from the race.

“It does not change the stakes of this election or the need for new leaders who will fight for the issues North Carolinians care about instead of caving to the corporate special interests – which is exactly what Sen. Tillis has done in his years in Washington,” Petri said.

Cunningham planned to make his first quasi-public appearance at an event since the news emerged. He's scheduled to speak Wednesday night at an online environmental awards ceremony in which many others, including Gov. Roy Cooper and New Jersey Sen. Cory Booker are also scheduled to participate.

Cunningham’s campaign had been largely quiet since he acknowledged the texts last Friday night and apologized while seeking privacy for his family. Tillis and Cunningham already have completed three televised debates and no more are scheduled. Tillis said this week that North Carolina voters needed to hear from Cunningham.

“He owes North Carolinians a full explanation,” Tillis' campaign account tweeted on Wednesday. “The truth still matters in North Carolina, Cal.”
Cunningham, who serves in a legal unit based at Fort Bragg, has made his military career a key element of his campaign. In television ads, he mentions his decision to volunteer for the Army Reserve in 2002 in response to the Sept. 11, 2001, terror attacks. He served in both Iraq and Afghanistan, and has prosecuted military contractors for misconduct. He has said he would emphasize rooting out corruption from Washington if elected.

"I’ve always run to the fight,” he says in a recent TV commercial, adding that in the military, “I’ve learned that our country comes before party.”

The Tillis-Cunningham race is closely contested and the most expensive Senate race in the country in terms of campaign spending. There’s been $112 million spent for or against candidates by independent expenditure groups since the general election began in March, according to the Center for Responsive Politics.

Cunningham, who was recruited to run by Senate Minority Leader Chuck Schumer, has been his own fundraising powerhouse. Cunningham's campaign outraised Tillis during the first half of the year and announced last week it would report collecting a record-breaking $28.3 million during the third quarter. 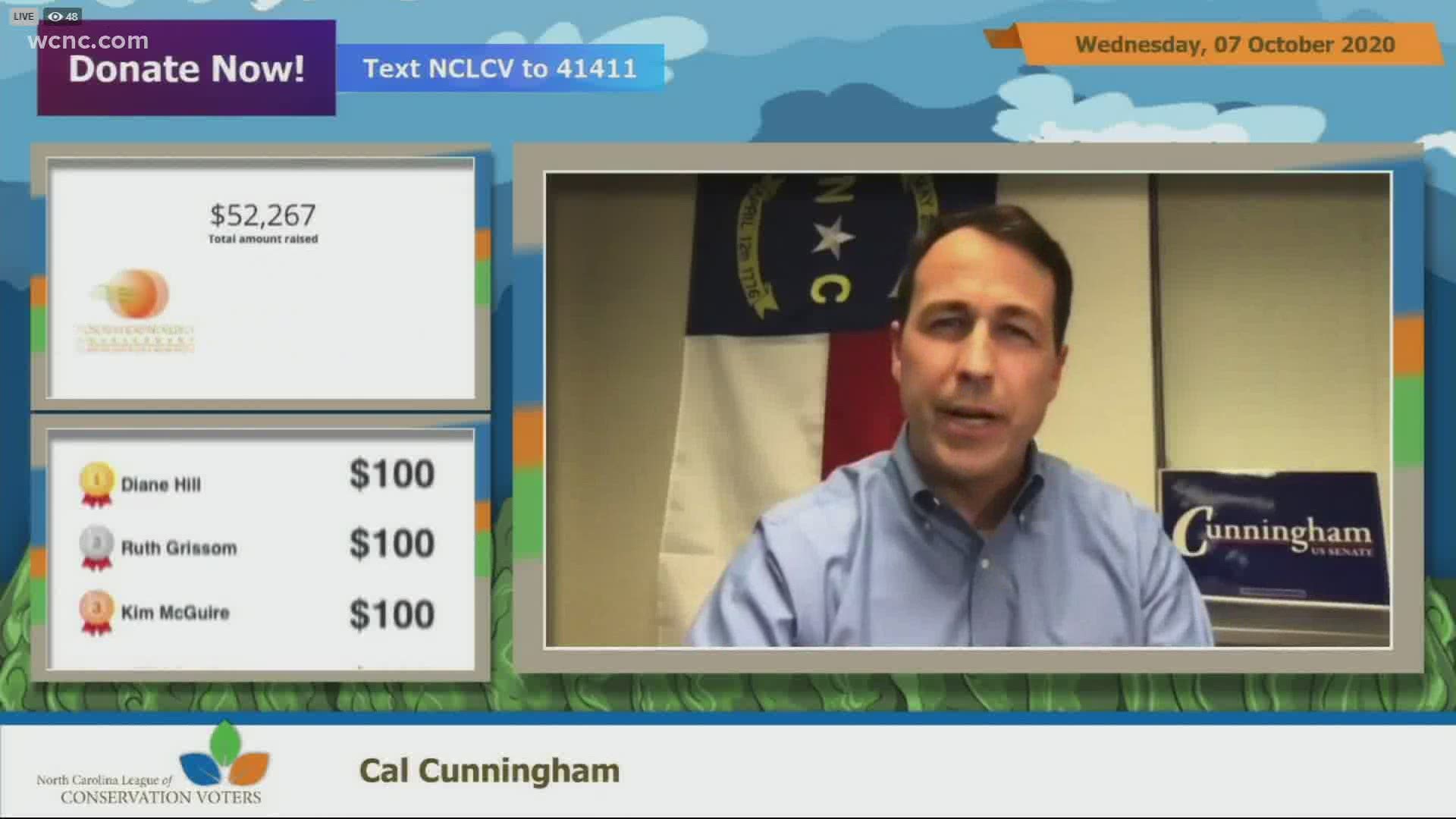