There are about 55,000 new registered voters in the county so far this year. The Charlotte Hornets hoped the virtual registration drive would increase that total. 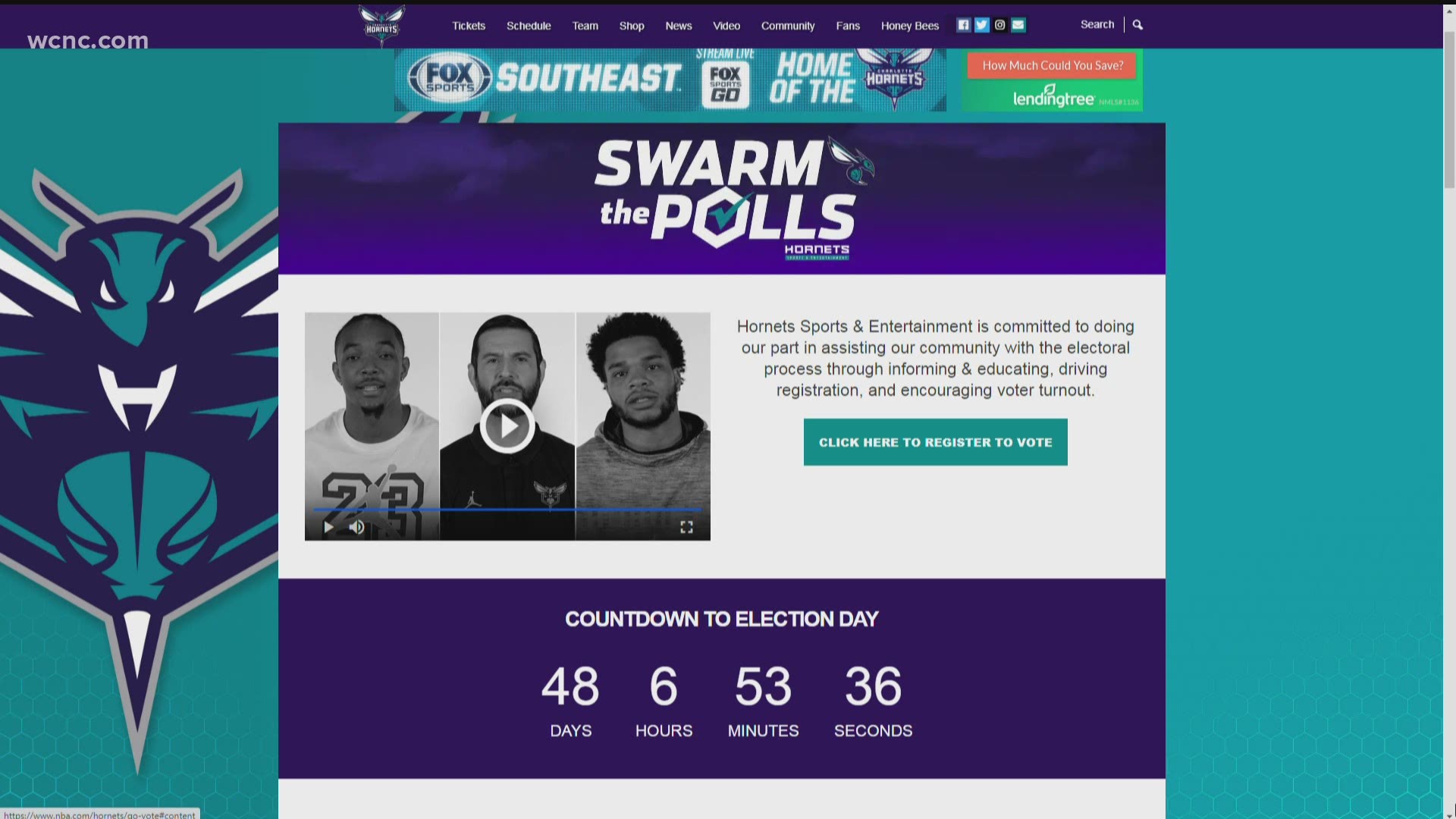 CHARLOTTE, N.C. — There’s a major push to get people registered to vote in Mecklenburg County.

There are about 55,000 new registered voters in the county so far this year, and on Tuesday evening, the Charlotte Hornets held a virtual voter registration drive from 5:30 p.m. to 7 p.m.

A group of former Hornets players participated in the event as part of an effort to get people to register.

“People look up to them, idolize them,” said Betsy Mack, executive director of the Charlotte Hornets Foundation.

Who else is looking forward to the @hornets Swarm The Polls registration drive tonight? It's virtual and free, join us in our discussion on the importance of voting! #SwarmThePolls
https://t.co/XN8VHqHx6M pic.twitter.com/dtRw54Wne6

“We have some polls we will be asking people throughout so it will be interactive and engaging,” said Mack. “We also would love for people to send in questions.”

“We’ve been really heavy in our Latino communities. We’ve been working with some of the local Spanish speaking stations as well to get some PSA’s out in Spanish,” Mack said. “We’re also looking at our African American communities, our historic Black neighborhoods, and then our Asian communities as well.”

Organizers hope if a few familiar faces speak up, others will make their voices heard this election.

“Just hearing from a role model, it just reinstates the fact that we all need to look at voting as our highest priority right now,” said Mack.

There are roughly half a million registered voters total in Mecklenburg County.

If you’re interested in joining the virtual drive, head to www.hornets.com/govote.