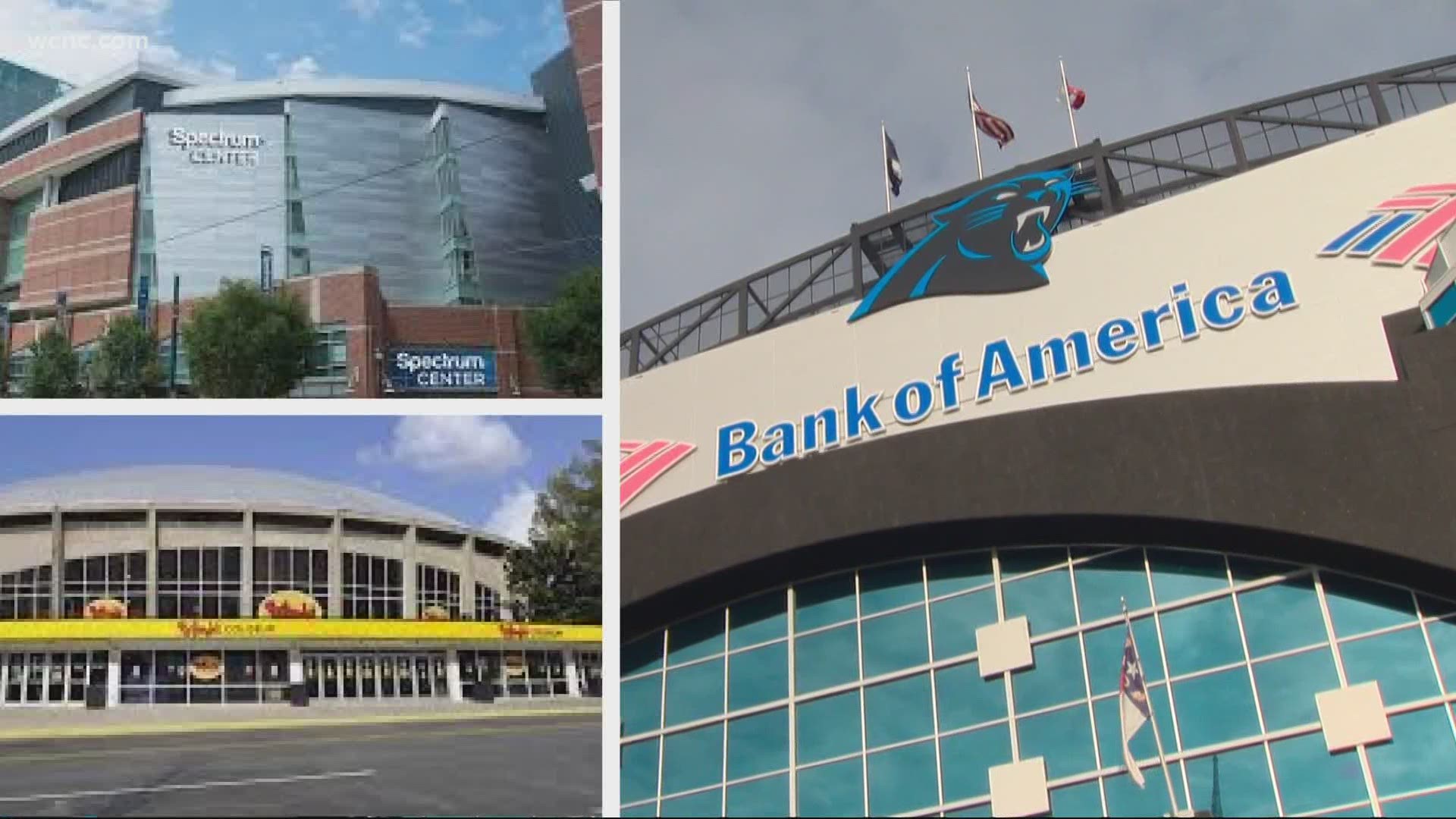 CHARLOTTE, N.C. — For the first time in its history, Spectrum Center, home of the NBA’s Charlotte Hornets, will serve as an early voting site in the upcoming 2020 elections.

The Spectrum Center was one of 11 new early voting sites approved Tuesday night by the Mecklenburg County Board of Elections. The North Carolina State Board of Elections will officially approve each county’s polling locations in August.

The total number of early voting sites is now 33, up from 22 during the last election four years ago, according to Michael Dickerson, Director of Elections for Mecklenburg County.

“This is the first time we’ve ever had this much coverage throughout the county,” he said.

Other new early voting sites include Bank of America Stadium, Bojangles Coliseum, and several middle and high schools, which are now empty as students move toward remote learning.

Dickerson says some of the new polling sites are in neighborhoods that have previously never had a polling location, including new sites in west Charlotte, south Charlotte and the University area.

“We even put two voting sites down in Steele Creek, never happened before, we had only had the one,” he said.

“We’re going to give you options,” Dickerson said.

Voters also can utilize absentee ballots or vote by mail.

In North Carolina, anyone can vote by mail.

“If you’re concerned, if you’re in any way shape or form concerned about voting in-person ask for that absentee ballot now,” Dickerson said.

In a press release, Hornets President & Vice Chairman Fred Whitfield said, “We are thrilled to host early voting at Spectrum Center, which provides a unique venue with significant space, as well as an opportunity for our HSE team members to volunteer and assist at the polls.”

Spectrum Center will host early voting for the 2020 elections from October 15 – 31. Additional details, including free parking locations, will be released in the future.

Dickerson says the Mecklenburg County Board of Elections is also hiring paid positions. He says anyone interested should call, (704) 336-2133.

Here’s a list of early voting locations in Mecklenburg County: