Early voting in North Carolina is underway: Here's what you need to know

More than double the amount of ballots were cast Thursday in Mecklenburg County compared to the first day of early voting in 2016. 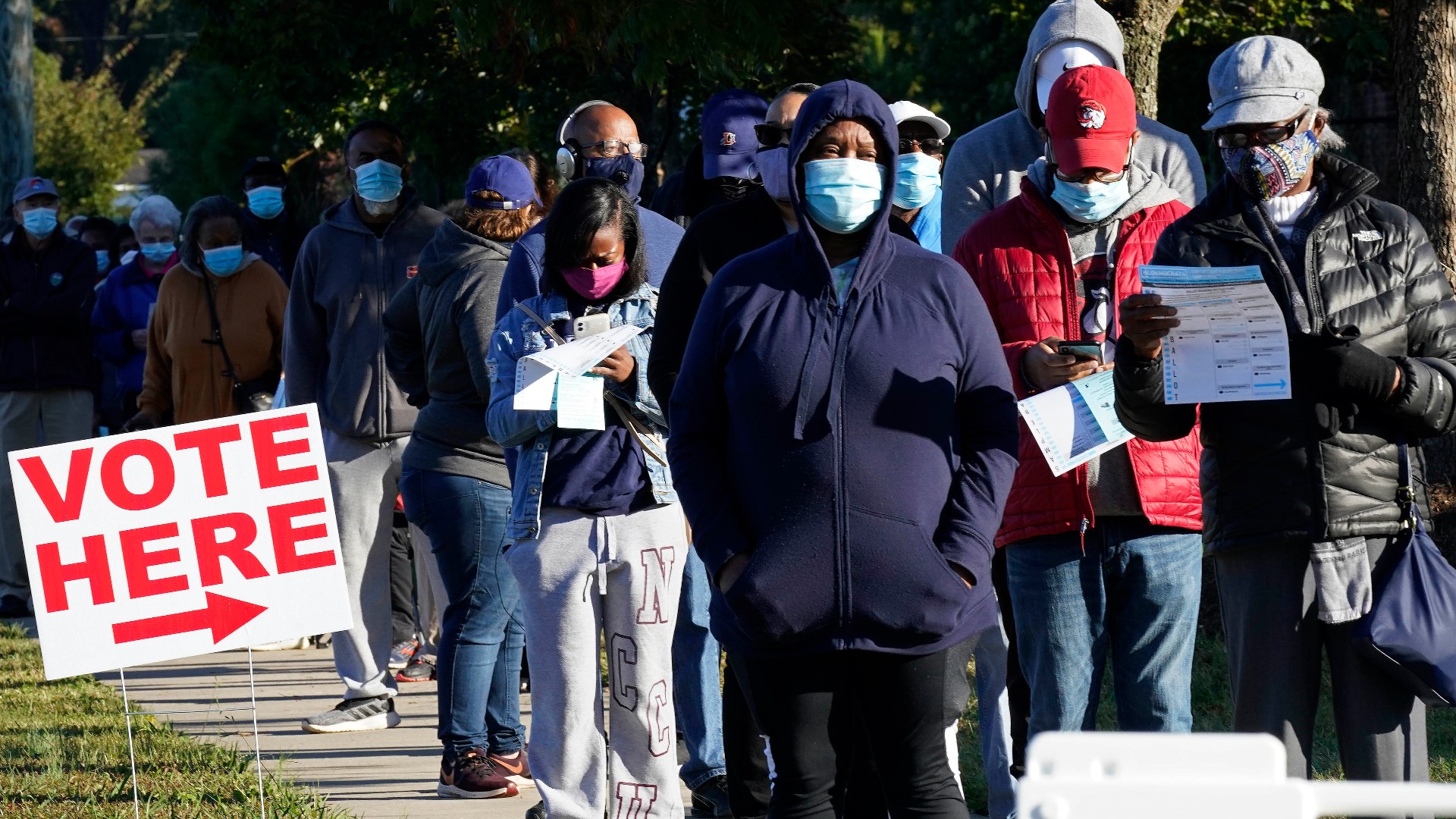 MECKLENBURG COUNTY, N.C. — Early voting in North Carolina for the 2020 election began Thursday, October 15 and for the first time ever Mecklenburg County is using sites like the Spectrum Center and Bank of America Stadium as polling places.

A total of 35,212 voters cast their ballots Thursday in Mecklenburg County compared to the 13,549 in 2016, according to Dickerson.

Across North Carolina Thursday, an estimated 272,000 ballots were cast, according to the North Carolina State Board of Elections. In 2016, that number was 166,000.

Combined with the number of returned absentee-by-mail ballots, a total of 826,285 ballots have been cast in North Carolina thus for for the 2020 election, according to state data Thursday. That's about 11.3% of all registered North Carolina voters.

The statewide number of submitted ballots had surpassed one million by Friday.

RELATED: More than 1 million North Carolinians have already voted in the 2020 election

#NEW: Mecklenburg County numbers are in....

More than doubled the amount in 2016 when 13,459 people voted on the first day of early voting. @wcnc

Voters eager to cast their ballot began lining up at polling locations in Mecklenburg County hours before doors opened.  A line of people standing several feet apart could be seen lined up outside Bojangles Coliseum early Thursday morning.

Bank of America Stadium and the Spectrum Center in Uptown Charlotte are also being used as early voting locations this year.  Spectrum Center has nearly three dozen polling stations for voters. Voters who use the site also have access to free parking in the "Center City Green" parking deck. 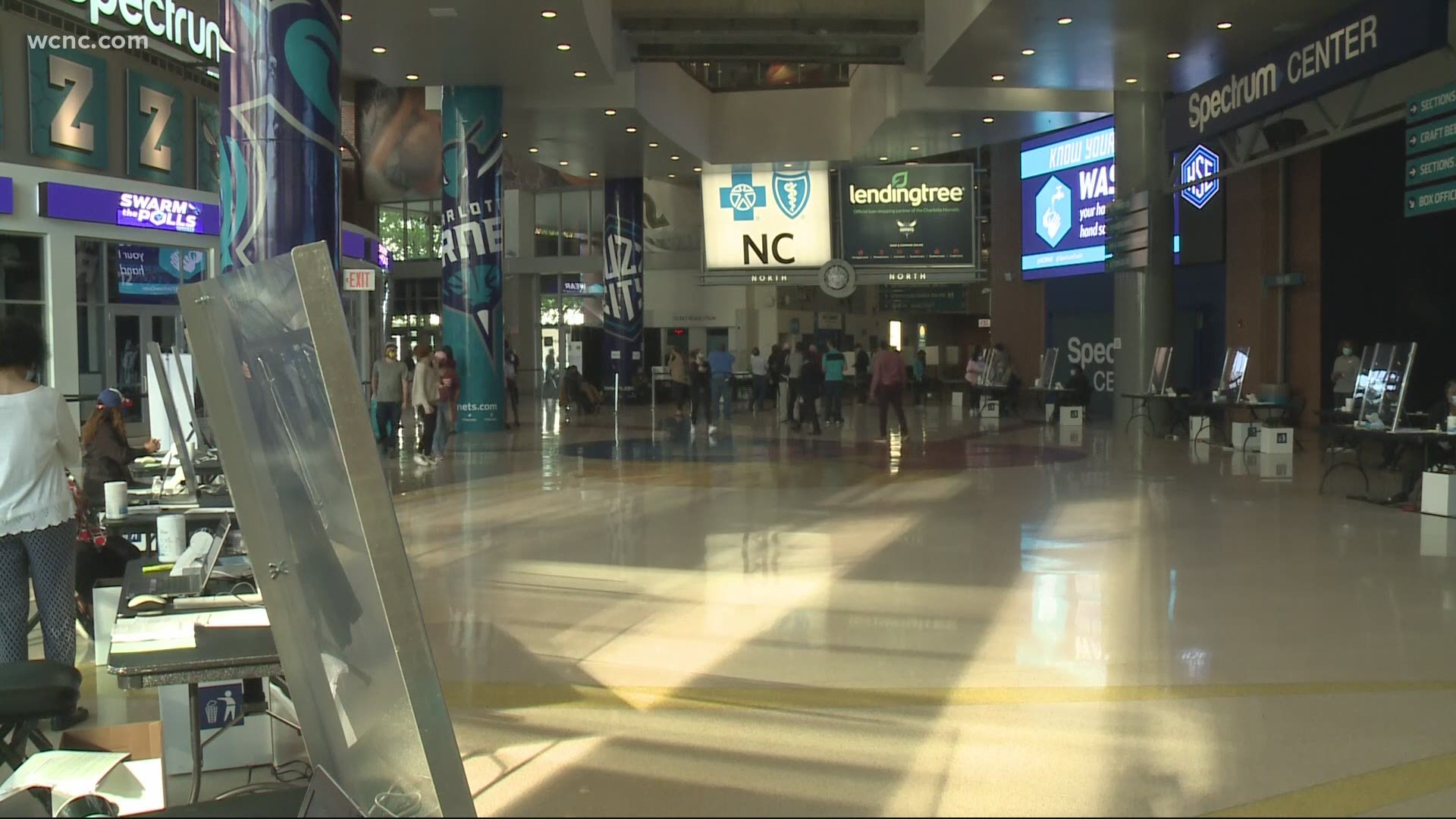 Once doors opened, there was almost no line all morning at Spectrum Center.

Ethel Thompson came out to cast her ballot at Spectrum Center on the first day of early voting. She said she was surprised that there was no line.

"No longer than 15 minutes,” Thompson said of her experience voting. “That's how quick it was. It was easy."

Other early voting sites, such as the former Wells Fargo building in Southpark, had people spaced out in a socially distanced line around the building. But even though the line appeared long, voters said it moved quickly.

“It was terrific,” said Cathleen Singletary. “This was a particularly good spot because there was shade, and the line went quickly and people were nice and there was good spacing.”

People at the Bette Rae Thomas Recreation center tell me there was a line around the building starting at 8am when the polls opened. Multiple people told me this location usually doesn’t have a line, and this is the first time they’ve seen this many people @wcnc pic.twitter.com/stF8qpy2Kp

How and when you can early vote in North Carolina 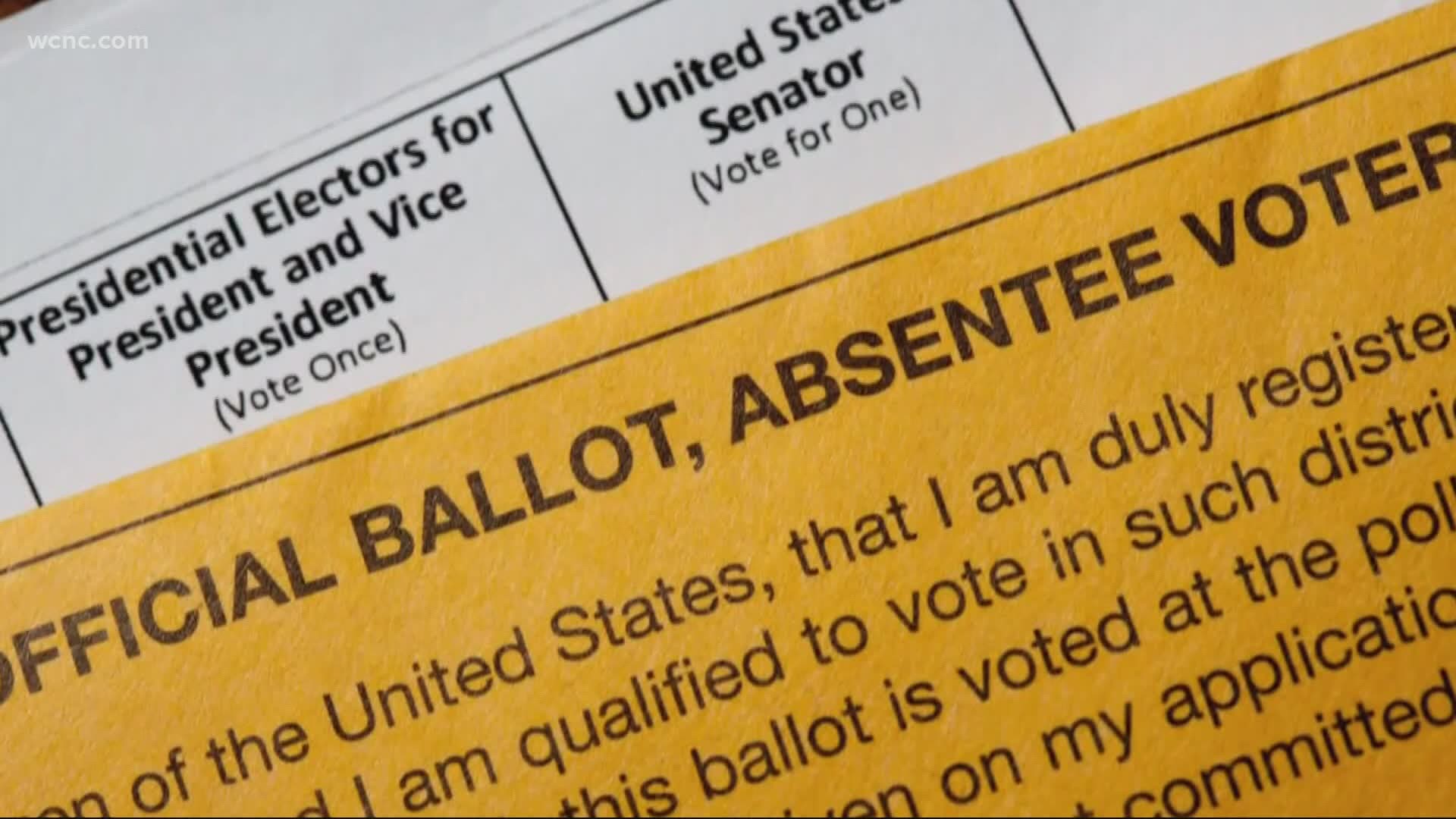 "We're all wearing masks,” Dickerson said. “There'll be sneeze guards up, face shields. You'll have hand sanitizer at all these places. The queuing up, the machines will not be next to each other. They'll be six feet apart from everyone." 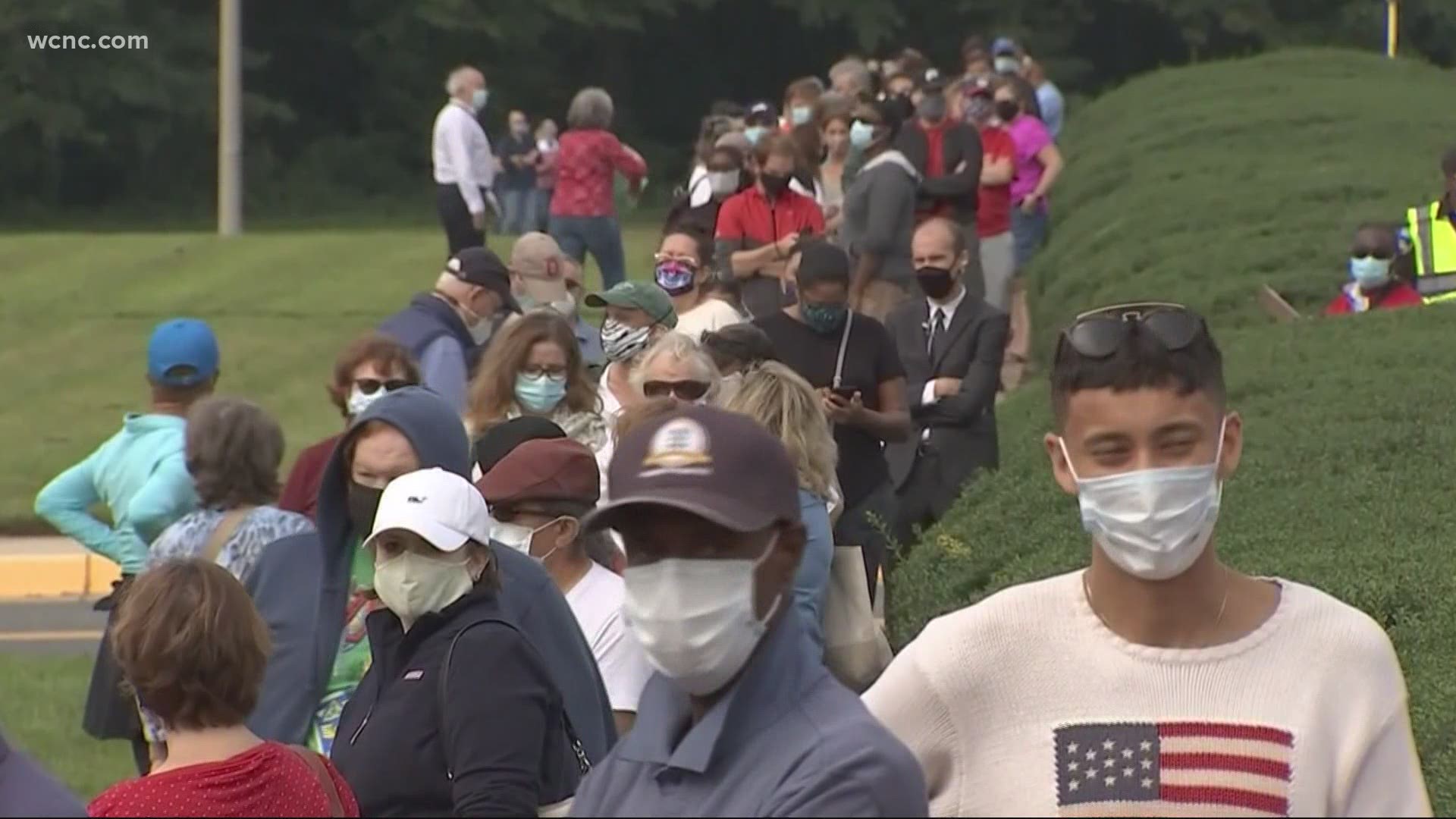 Remember, during early voting you don't have an assigned polling location. You can vote at any "early voting" location in the county where you’re registered.

Watching a live in-studio feed of the line wrapping around Bojangles Coliseum for early voting. Started at 8am in NC. #VOTE #ncpol #wakeupclt pic.twitter.com/S2MrJCKH3Y

If you missed the registration deadline, you can still register to vote in person at one of the early voting sites starting Thursday. If you are planning to same-day register, you'll need to bring proof of residency.

Social distance measurements will be in place and face coverings are required at all polling sites. Text VOTE to 704-329-3600 to receive a link to the WCNC Charlotte 2020 Election Guide. You can also text any election-related questions you have.

RELATED: How to tell if you already registered to vote in the Carolinas