Nearly 5,000 mail-in ballots have been rejected in NC. Here's why

There is one leading mistake for the reason about one percent of ballots aren't counted, according to election officials. 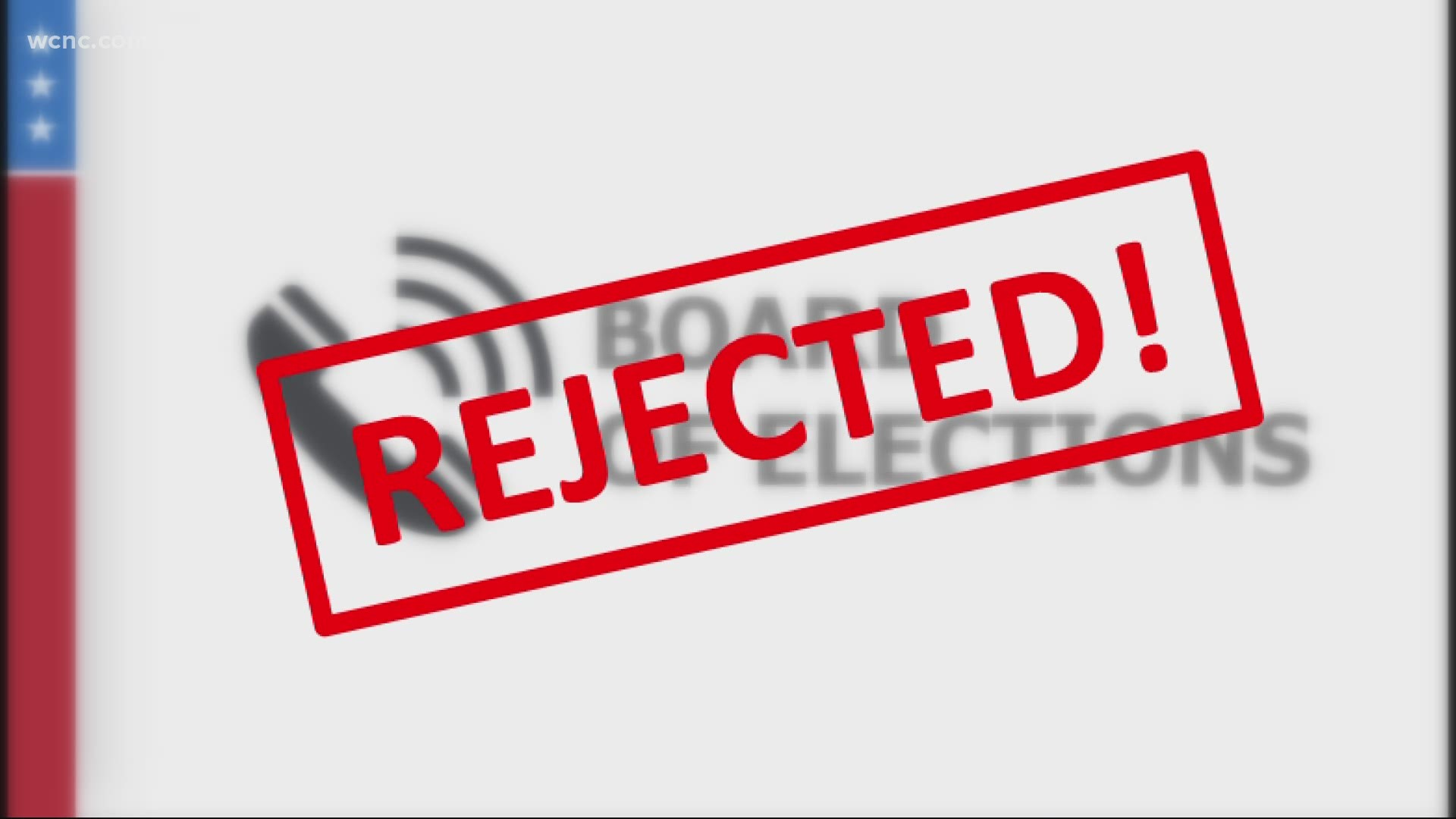 CHARLOTTE, N.C. — Just as important as filling out your mail-in ballot is returning it and making sure it is counted! Across North Carolina thousands of ballots have not been counted.

This data comes from the U.S. Elections Project, a site compiling and analyzing information from the North Carolina State Board of Elections. According to their findings, 613,879 mail ballots have been returned. A total of those returned 5,134 have been rejected. That equates to just less than 1% of ballots.

The U.S. Elections Project interactive map of NC, which you can see below or find here, allows you to break down the rejection rate by county.

These percentages are subject to change. The rates listed are based off data last updated on October 19, 2020.

RELATED: So far, about 2% of NC mail-in ballots have been "Rejected." Here's why.

Why are mail-in ballots rejected?

The number one reason that a ballot gets rejected in North Carolina is because it does not have a witness signature.

Remember for the 2020 general election, one witness signature is required. The voter must mark the ballot in the presence of that witness. Anyone under 18 or a candidate for office (unless the voter is the candidate’s near relative) is prohibited from serving as a witness. After observing the voter mark the ballot, the witness must complete and sign the envelope in the space designated as witness certification.

RELATED: Voting absentee in the Carolinas? Here is how to request and return your ballot.

Other leading reasons for rejection is a missing signature or a mismatched signature. Make sure you pen your normal signature!

To provide reassurance that your ballot is not rejected, track the status with North Carolina's ballot tracking tool called BallotTrax.

If there is an issue with  a ballot, the county board of elections will alert the voter. If an issue does arise and the voter is unable to successfully cast an absentee ballot, that voter may still vote during in-person early voting or on Election Day.