President Donald Trump (R) questioned whether to delay the presidential election in a Thursday morning tweet. 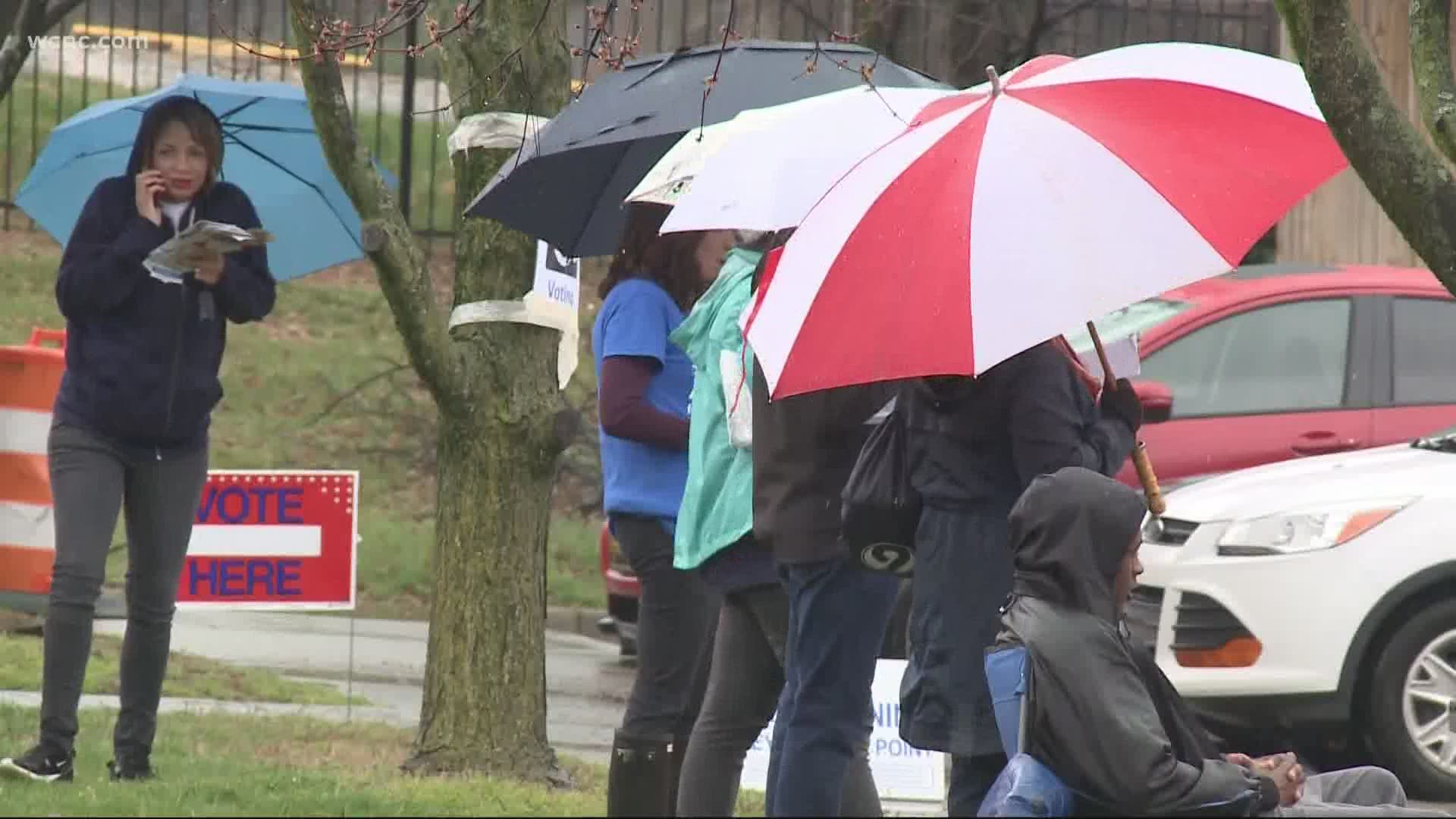 GASTONIA, N.C. — North Carolina counties are still preparing for November's election despite a Thursday morning tweet by President Trump questioning whether to delay the presidential election.

Only Congress is allowed to change the date of a presidential election, and several U.S. senators, including Sen. Thom Tillis (R) of North Carolina and Sen. Lindsey Graham (R) of South Carolina, disagreed with the president's suggestion.

No matter what would happen on Capitol Hill, North Carolina law mandated November 3, 2020, as an election day, and statewide offices, including the governor and attorney general, are on the ballot.

Experts advised voters should expect lines out the door as social distancing rules means fewer voting booths in a precinct.

Gaston County Board of Elections Director Adam Ragan said Plexiglas shields will be set up to separate and protect voters and poll workers.

Other voters are avoiding the lines by requesting absentee ballots.

"North Carolina, in terms of requests for absentee by mail ballots, is still running five times ahead of where we were four years ago this same day," Dr. Bitzer said.

In addition to absentee ballots, Gaston County will also have 17 days of early voting at seven different sites, the most the county's ever had, including at Kate's Skating Rink in Gastonia.

Ragan said they're following the lead of Mecklenburg County, which will have voting booths at Bank of America Stadium, Spectrum Center and Bojangles' Coliseum, to maximize social distancing.

"Early voting is a great way so you don't have to deal with the lines that'll happen on Election Day," Ragan said.

For more information on the North Carolina State Board of Elections' coronavirus plans, click here.