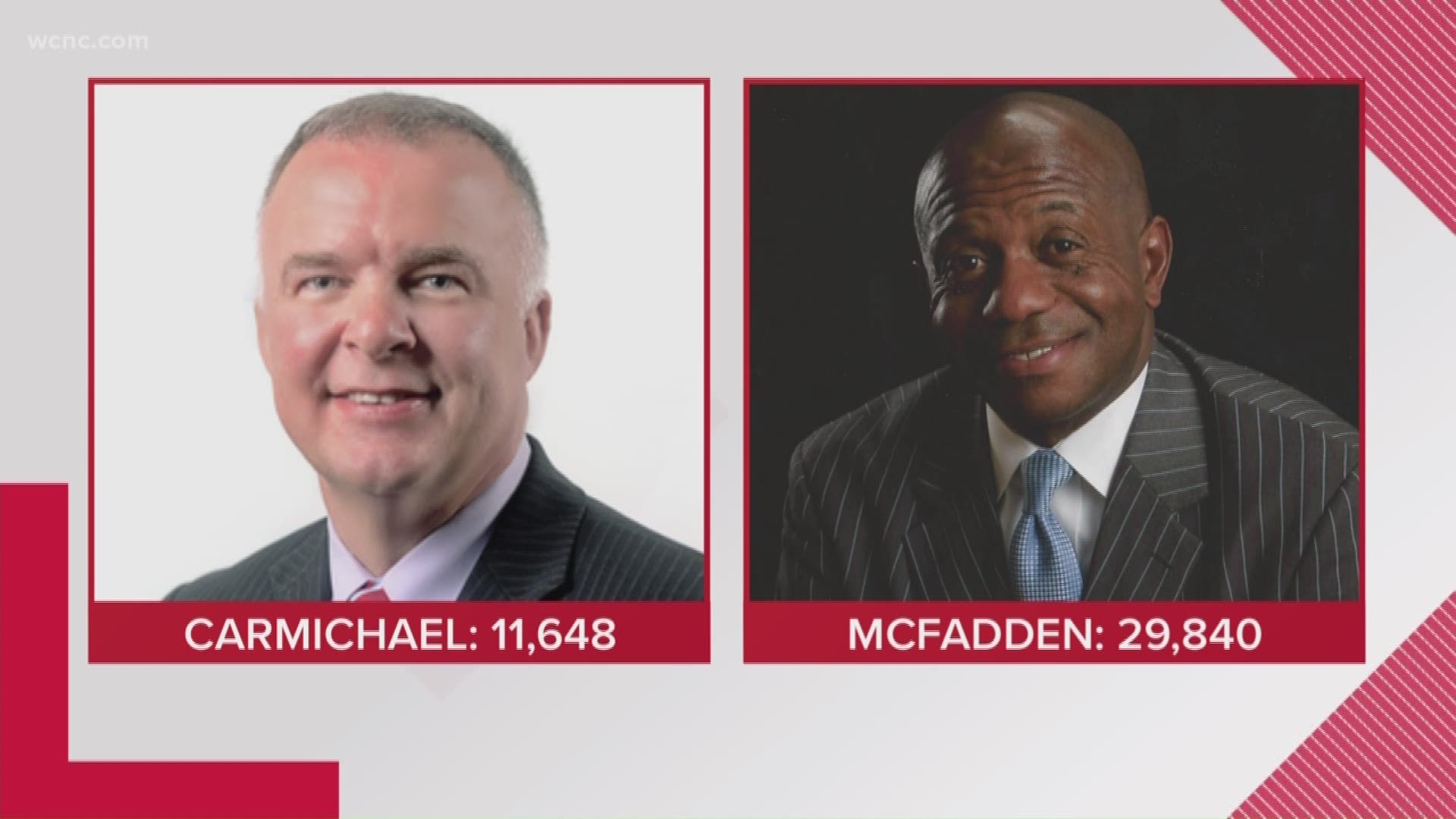 CHARLOTTE, N.C. -- Incumbent Irwin Carmichael continued his defense of the controversial federal immigration program after falling short in the Democratic primary for the Mecklenburg County Sheriff.

Carmichael conceded the race to former Charlotte-Mecklenburg Police homicide detective Garry McFadden Tuesday night. After all 195 precincts reported, McFadden earned 29,840 votes, with Antoine Ensley trailing McFadden at 15,712 and Carmichael collected 11,648 votes, according to the North Carolina State Board of Elections.

Many suspected that Carmichael's defense of 287(g) cost him the 2018 North Carolina primary election. Carmichael, however, told his supporters Tuesday night that the federal immigration program is about "safety and security."

He also went on to blame "outside influences" for his defeat, reports NBC Charlotte's Mike Hanson.

"There's a lot of misinformation out there but the citizens of Mecklenburg [County] have spoken," Carmichael added.

The 287(g) program sparked a series of protests in the last two months, as demonstrators tried to enter the Mecklenburg County jail to show disapproval of the program. Carmichael said in March that the program does not target anyone.

The program gives specially-trained deputies the authority to act as immigration officers, interrogating any person they believe is an immigrant. To date, more than 15,000 local inmates have been processed for deportation.

Carmichael said the program is his only way of determining who is being booked into the jail.

McFadden vowed to repeal 287 (g) if and when he takes office. The former CMPD homicide detective will run unopposed during November's election as there are no Republican candidates.