All eyes were on South Carolina as Democratic contenders for President go head to head for the first time in a southern state. 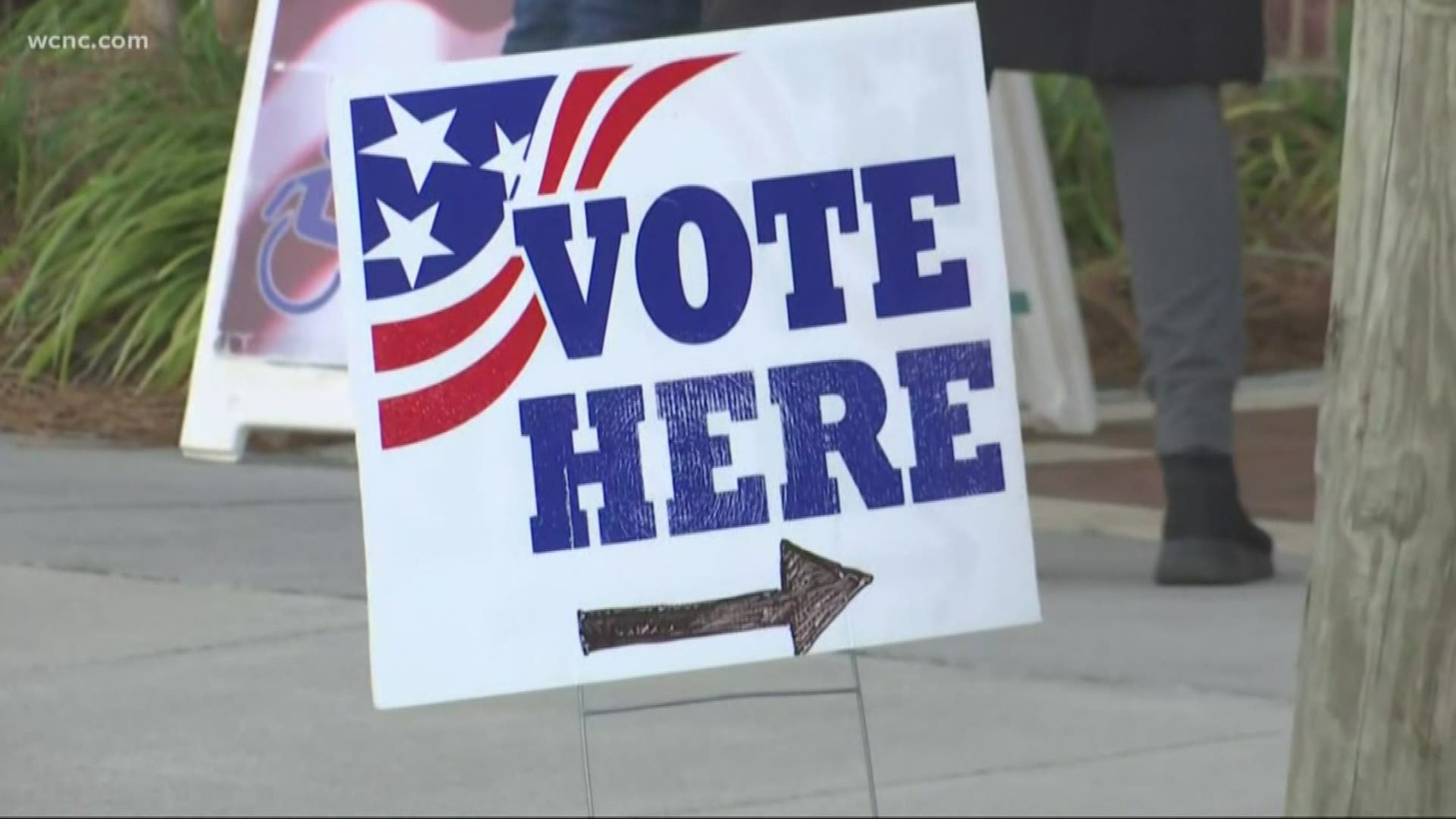 It was his first victory in three tries at the Democratic nomination, and it came during the fourth Democratic primary contest of the 2020 election season.

Biden's win could work to blunt front-runner Bernie Sanders' momentum heading into Super Tuesday, when 14 states and American Samoa weigh in on the race.

Only Biden and California billionaire Tom Steyer planned to mark primary night in the state, as the rest of the field stumped across the spectrum of Super Tuesday states that vote next week.

About 40% of voters in South Carolina picked health care as the top issue, while 22% said the economy and jobs are most important. That’s according to an AP VoteCast survey of the electorate. Fourteen percent of voters identified climate change.

Close to 9 in 10 Democratic voters said it’s important for their nominee to be a strong leader.

There were several candidates in the running:

Hours after the polls closed, Steyer withdrew from the race.

Presidential candidate Mike Bloomberg was not on the ballot for the South Carolina primary but will be on ballots in North Carolina for Super Tuesday.

If you have a question about where to vote, when to vote or the voting process, you can text the word "VOTE" to 704-329-3600 and WCNC Charlotte will send you a message back with the information you request.

Former Vice President Joe Biden has run for President twice in the past and was hoping South Carolina would be the stepping stone to lead him to victory.

RELATED: Biden looking for a big 'bump' in South Carolina

Biden said of the crowded Democratic field, "I don’t think it’ll even be over after Super Tuesday," talking about the 15 contests looming next week. "I think it’s going to go on to states that are ones that I feel very good about.”

A Winthrop University poll shortly before the election showed Biden in front with 24% of the vote but Bernie Sanders has closed that gap some with Sanders now getting 19%.

RELATED: Presidential campaigning heats up ahead of primaries

In order to win on the first ballot at the convention, a Democratic candidate would need 1,991 delegates.

In South Carolina, there are 54 pledged delegates up for grabs. Sanders believes he's positioned to seize a major delegate advantage when 14 states and one U.S. territory vote on “Super Tuesday.”

This is the fourth nominating vote in the Democratic presidential primaries -- it's also the final single state to vote before Super Tuesday on March 3.

Polls show a tight race for North Carolina, with former Vice President Joe Biden leading the pack, but not by much. Mike Bloomberg, one of two candidates who spoke in Charlotte Saturday, is currently placing third. Saturday marked Bloomberg's fourth campaign visit to North Carolina.

Senator Amy Klobuchar was also in attendance at the Charlotte event Saturday, saying she plans to visit 11 different states between Saturday and Tuesday.