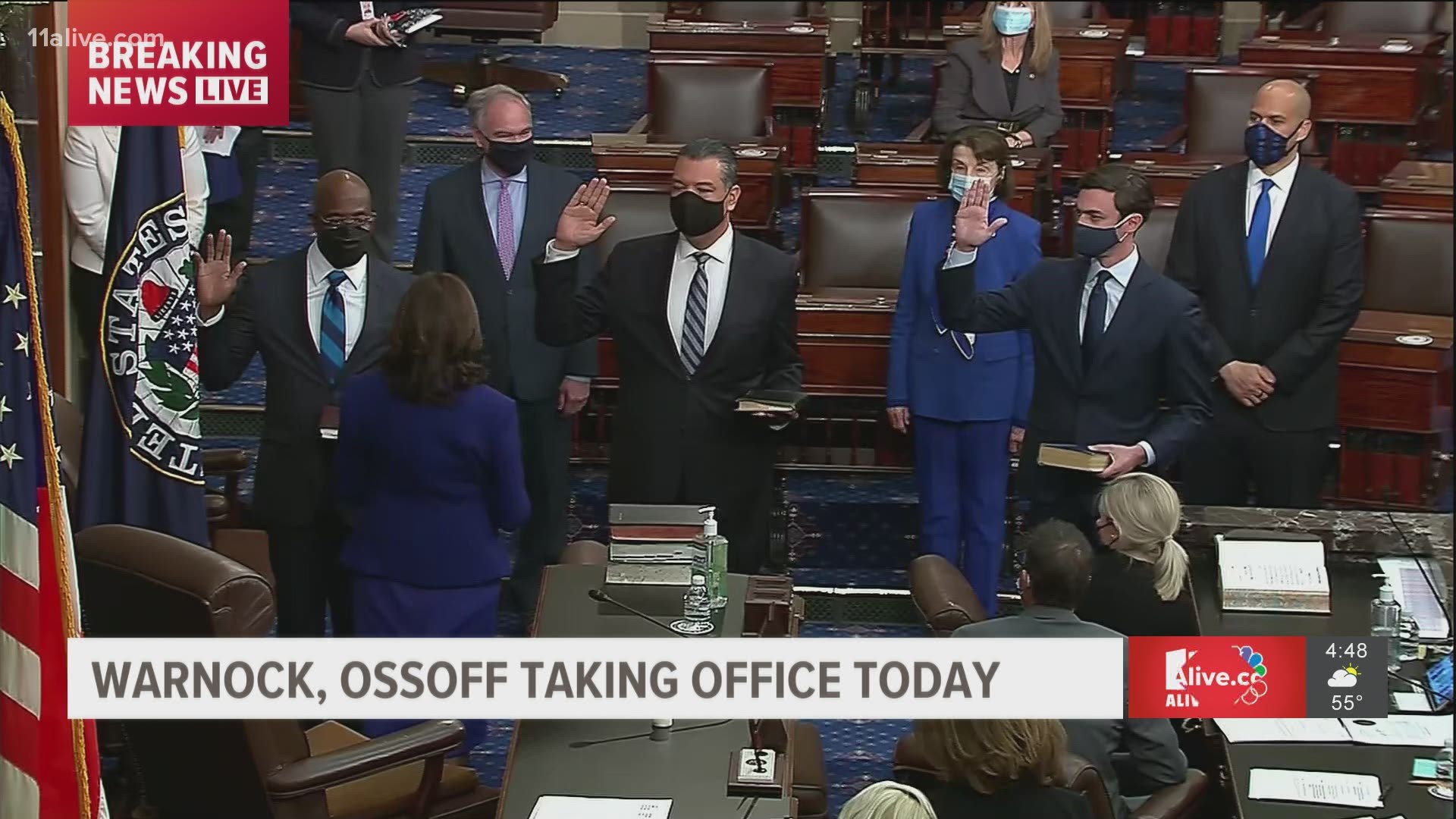 WASHINGTON — After a lengthy journey from primary to general election to runoff, Georgia's newest U.S. Senators were finally sworn in. It was a moment layered with historic significance.

Democrats Jon Ossoff and Raphael Warnock - both history-making candidates - took their oaths of office Wednesday, Jan. 20 just before 5 p.m. Their swearing ins took place roughly 24 hours after Georgia certified their wins and the same day President Joe Biden was sworn in as the 46th President of the United States.

Ossoff becomes Georgia's first Jewish senator and the youngest current U.S. senator. The 33-year-old was escorted into the Senate by New Jersey Sen. Corey Booker before taking his oath on Hebrew scripture that belonged to Rabbi Jacob Rothschild, according to his team. Rothschild served as rabbi to the Hebrew Benevolent Congregation, also known as The Temple, and was an ally and friend to Rev. Dr. Martin Luther King, Jr. during the civil rights era.

At the same time, the current pastor of King's historic church, Rev. Raphael Warnock, was sworn in. Warnock, who still leads Ebenezer Baptist Church, becomes Georgia's first-ever Black U.S. Senator - and only the 11th in the nation.

Re-watch the moment the two senators took their oaths below.

Their oaths - along with the California senator appointed to fill Vice President Kamala Harris' seat - were administered by Harris, who broke barriers herself by becoming the first woman of Black and South Asian heritage to hold the office.

Their wins in the January runoff election came after another history-making win by Biden in the state of Georgia. It was the first time a Democrat carried the state in a presidential election since 1992.