Harris’s rise to public service began in her years at Howard University, a Historically Black University in Washington D.C. 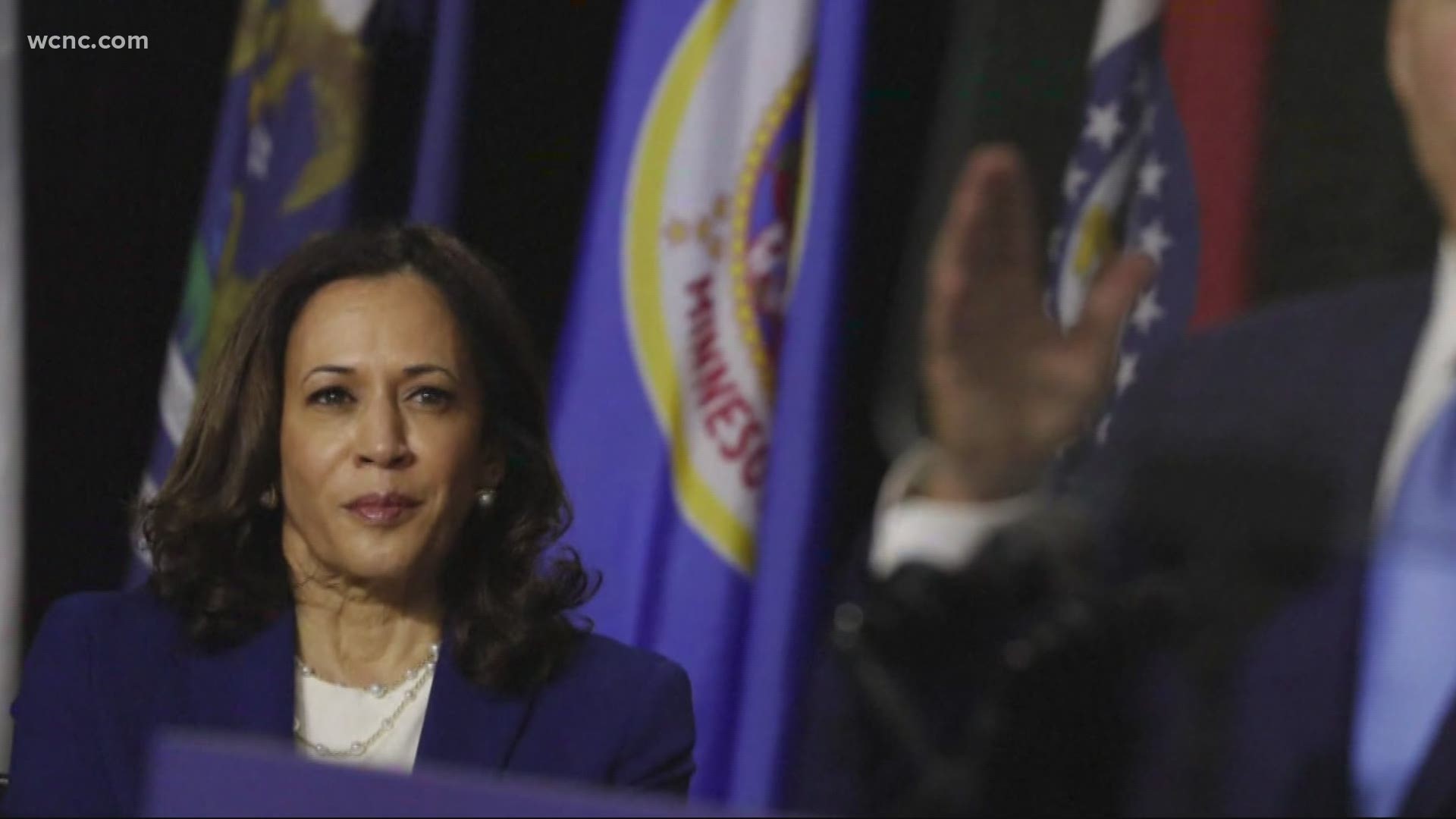 The election of Kamala Harris to serve as Vice President of the United States means millions of women and little girls can now see themselves represented at the highest levels of leadership in this country.

“We get to say to our young girls, not only can you be this, but you can show other young ladies the power of doing right,” said Janine Davis, the founder of Girl Talk, an organization that mentors and inspires young girls in Charlotte to be leaders in our community.

“It’s about possibilities,” Davis said. “And not only is it possibilities, but it is also fruition, and it has come true. We’re not just talking about what you can be but… we’re actually seeing it.”

Harris’s rise to public service began in her years at Howard University, a Historically Black University in Washington D.C.

Her accomplishment makes her the first graduate from an HBCU to be elected to the office of Vice President.

“Now, we have arrived,” said Dr. Davida Haywood, Vice President of Student Affairs at Johnson C. Smith University. That glass ceiling it’s shattering, the pieces are starting to fall…. The sky is the limit at this point.”

While I may be the first, I won’t be the last. pic.twitter.com/R5CousWtdx

Students at JCSU said they can see themselves in Harris’ story.

“I’m so excited, I’m overwhelmed, I’m filled with joy,” said Crystal Harris, a senior at JCSU and a member of the same sorority as Harris, Alpha Kappa Alpha Sorority, Incorporated. “We were just amazed. This is happening. There’s going to be a woman as the vice president, she’s a member of our sorority, she’s an HBCU grad as well, all things that we can relate to.”

The election of Harris also gives prominence to a group that is growing in strength and numbers in North Carolina: Asian Americans.

“Especially in a state like North Carolina where the primary voices that have been heard are white, I think it makes me very hopeful for the future of our kids,” said Chavi Khanna Koneru, whose group North Carolina Asian Americans Together helped galvanize record numbers of Asian voters across the state.

“Finally having the numbers where we can have our voices heard in the ballot box and then hold candidates accountable to our community post-election is life-changing,” she said.

Charlotte city councilwoman-at-large Dimple Ajmera said the election elevates the hopes of immigrants as well. Harris’ mother was born in India. Her father is from Jamaica.

“American dream is still alive,” said Ajmera, whose parents are immigrants as well.

Ajmera herself broke barriers in Charlotte. She was the first Indian American, first Asian American, and first millennial elected to the Charlotte City Council.

To her, this is more than a political victory, it’s a validation.

“There have been many firsts,” Ajmera said. “But I can tell you, it will not be the last.”