Of the roughly 140,000 absentee ballot requests in Mecklenburg County, election officials say more than 34,000 votes have already been cast. 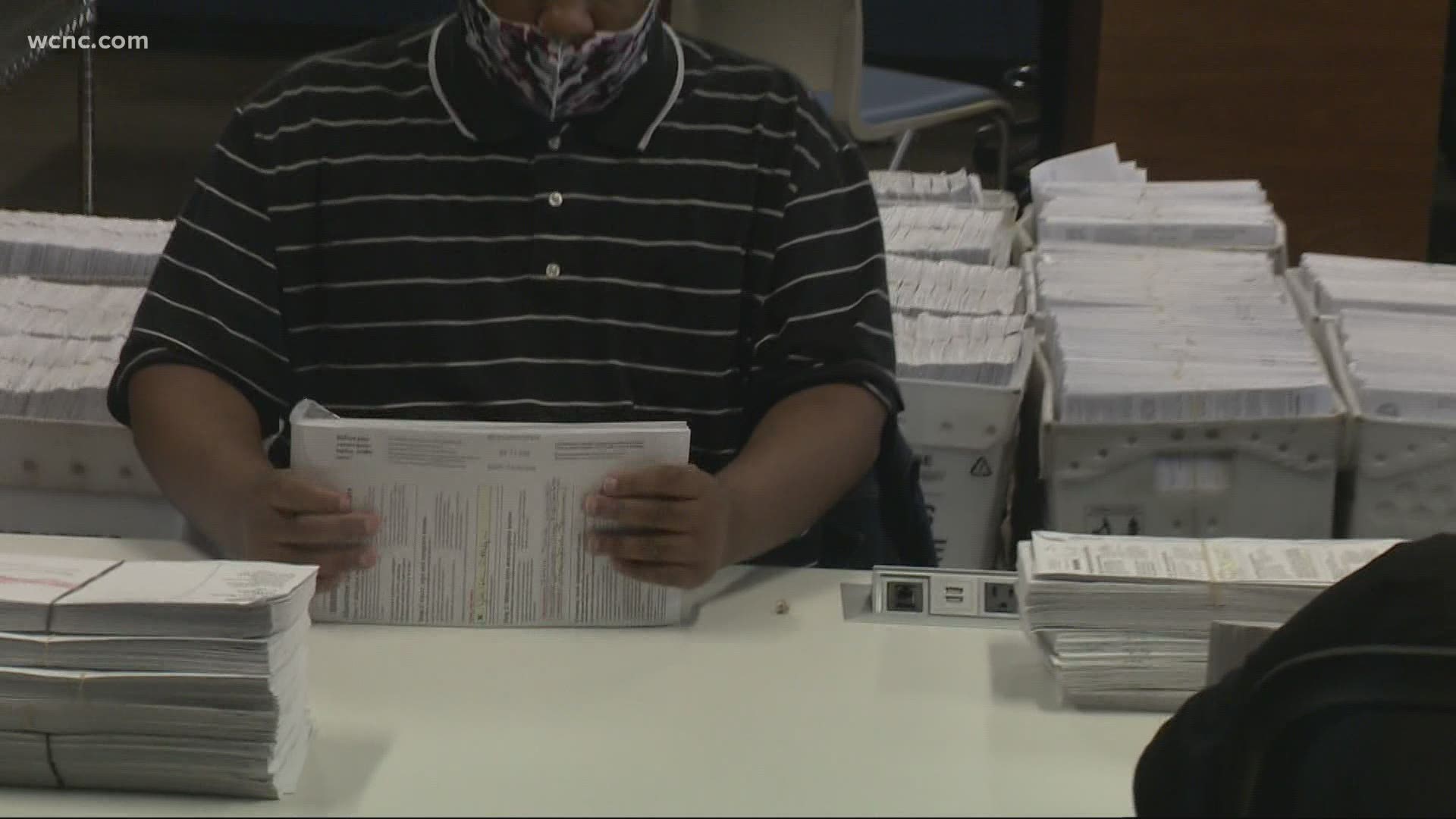 CHARLOTTE, N.C. — As the first presidential debate kicks off Tuesday night, new data show more than a quarter-million voters in North Carolina have already cast their ballots. That includes more than 147,000 registered Democrats, nearly 46,000 Republicans, and more than 81,000 unaffiliated voters.

Mecklenburg County is seeing a record number of absentee ballots. Election officials say it’s a top priority to make sure the ballots are secure until they can be counted.

Director of Elections Michael Dickerson says the absentee ballots are kept in a vault; only those with special clearance can access them.

Voters say the stakes have never been higher.

Of the roughly 140,000 absentee ballot requests in Mecklenburg County, election officials say more than 34,000 votes have already been cast.

As the highly anticipated #PresidentialDebate2020 kicks off, more than 34K people have already voted absentee in ⁦@MeckCounty⁩. We asked Elections Director Michael Dickerson how they secure and protect the record number of absentee ballots. ⁦@wcnc⁩ pic.twitter.com/F3nprqRQZG

It’s also many more ballots to secure and protect leading up to Election Day.

WCNC Charlotte asked Dickerson about everything from potential fire hazards to bad actors.

“We keep the ballots secure in what we call a vault, and it’s only accessible by a couple [of] people in the office,” said Dickerson. “We have smoke detectors and alarms and everything on that.”

However, Dickerson said security stops short of having police or armed guards watching over the ballots.

“I stick a policeman out there with a gun that could be kind of intimidating,” Dickerson said. “I don’t want people to have to fear dropping off their ballot.”

It comes as the two top presidential candidates face off in a debate for the first time on Tuesday night.

“This election is so critical,” said Cecilia Riley who voted absentee.

Dickerson said currently, roughly 5% of registered voters in Mecklenburg County have voted absentee. He expects that number to grow to 25%.