A public evidentiary hearing will be held in the near future as the board of elections continues to investigate claims of absentee voting irregularities. 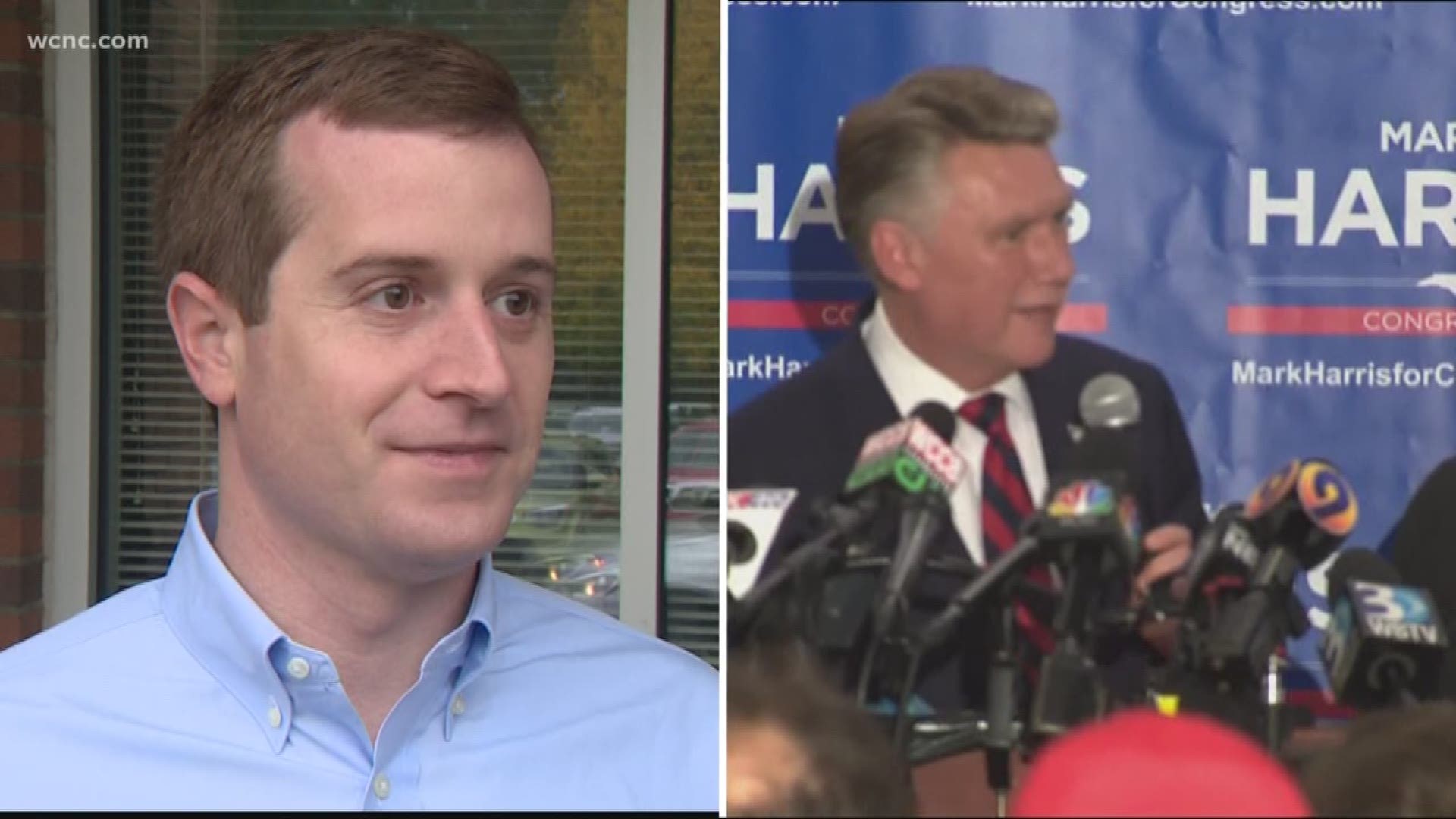 CHARLOTTE, N.C. — In a rare move applauded by Democrats Friday, the North Carolina State Board of Elections refused to certify the results of the 9th District election won by Republican Mark Harris.

Harris' 905-vote victory over challenger Democrat Dan McCready earlier this month is still not official and won't be until after a public evidentiary hearing in the near future. That hearing comes as the board of elections continues to investigate claims of absentee voting irregularities.

Several voters signed sworn affidavits about their experiences in Bladen County related to absentee ballots. Democrats turned over the affidavits Thursday, sharing stories of voters who said a person inappropriately stopped by their homes and collected their absentee ballots.

One woman said the lady who collected her incomplete absentee ballot said she would finish her ballot on her behalf. Another person said a Harris operative was helping with absentee ballots.

After a three-hour closed session focused on an undisclosed criminal investigation, by a 7-2 bipartisan vote, the election board called for a public evidentiary hearing on or before December 21.

"I move that, in light of claims of numerous irregularities and concerted fraudulent activities related to absentee by-mail ballots and potentially other matters in Congressional District 9, the State Board hold, as then constituted, an evidentiary hearing on or before December 21, Vice Chair Joshua Malcolm said. "To assure that the election is determined without taint of fraud or corruption and without irregularities that may have changed the result of an election."

"It's very unusual for a state board of election not to certify election results," he said. "It's extremely rare."

Heberlig said while Friday's election board action is significant, he still thinks Harris will prevail. Heberlig believes the more likely impact is two years down the road when Harris runs for re-election and has to fight off allegations of a tainted election.

"The fact that this person was working for Harris, even if that person was going rogue and Harris didn't know anything about it, it makes it hard for Harris to separate himself from the fact this looks bad," he said. "I think that the margin is large enough that any number of tainted votes aren't likely to provide McCready the 900 votes he needs to come out ahead of Harris."

Harris issued a statement in response to the board's decision, urging members to certify the results while the agency continues its investigation.

"Today, after meeting behind closed doors for almost three hours, the State Board of Elections not only refused to certify our election results but again refused to provide any details to the public as to what exactly is being investigated," he said. "They also chose to move forward with a hearing on a locally-certified election result that is almost a month old, despite there being no statutorily-required formal protest in either my race or the local race.

"Make no mistake, I support any efforts to investigate allegations of irregularities and/or voter fraud, as long as it is fair and focuses on all political parties. But to date, there is absolutely no public evidence that there are enough ballots in question to affect the outcome of this race. Accordingly, the Board should act immediately to certify the race while continuing to conduct their investigation. Anything else is a disservice to the people of the Ninth District."

McCready, meanwhile, broke his silence Thursday, tweeting his support for any investigation of wrongdoing.

"We cannot allow anyone to tamper with our elections or sabotage our electoral process," he said.