Just days after the head of U.S. Homeland Security toured the Mecklenburg County Board of Elections, voters got a firsthand look at the new voting machines. 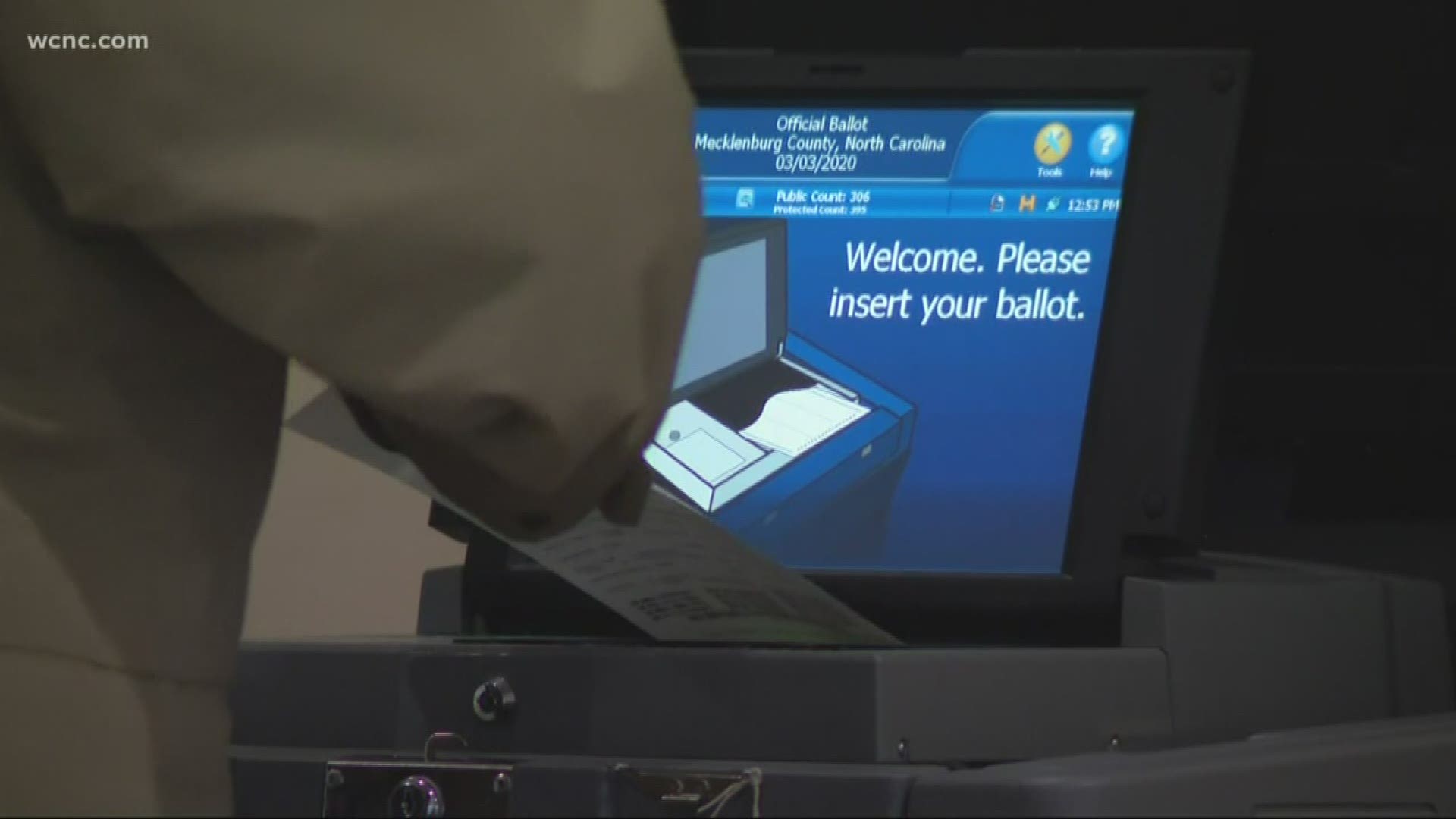 Earlier this year, the county bought machines that use paper ballot because of a change to state law. WCNC Charlotte looked into how the machines could impact everything from the speed of getting results to election security.

Some voters told WCNC Charlotte it feels more secure to have a paper ballot. Election officials also explained how the machines themselves are very secure.

Just days after the head of U.S. Homeland Security toured the Mecklenburg County Board of Elections, voters got a firsthand look at the new voting machines.

Unlike in previous years, the machines use a paper ballot.

Voters make selections on a touch screen, print it out, then take the ballot to a tabulator. The tabulator scans a bar code which casts their ballot.

“It was a much better feeling knowing it was paper and it was going into a scanner and I waited there to make sure it completed and went through,” one voter said.

Michael Dickerson, director of elections in Mecklenburg County, says none of the machines use modems.

Most voters WCNC Charlotte spoke with say the new machines were simple to use. However, there was at least one hiccup at Precinct 121.

Election officials say a tabulator jammed because of a technical issue, but it was corrected a short time later.

Voter Chad Mohn decided to return to vote at lunchtime.

“The line was a little lengthy, so they said to come back during lunch, and I was fortunate to come back here and knock it out very quickly the second time,” Mohn said.

“(It) didn’t affect the vote, that’s the great thing about it,” Dickerson said.

Dickerson says the new machines could lead to quicker results because officials only have to close down one machine at each precinct, the tabulator.

“You used to have 9, 10, 25 machines and it would take about five, six minutes each,” Dickerson said. “That is my game plan to get those results out quicker, so you guys aren’t calling me.”