As of Wednesday morning, 74.5% of registered voters cast a ballot in North Carolina. By comparison, 2016's turnout was 68.98%, according to political experts. 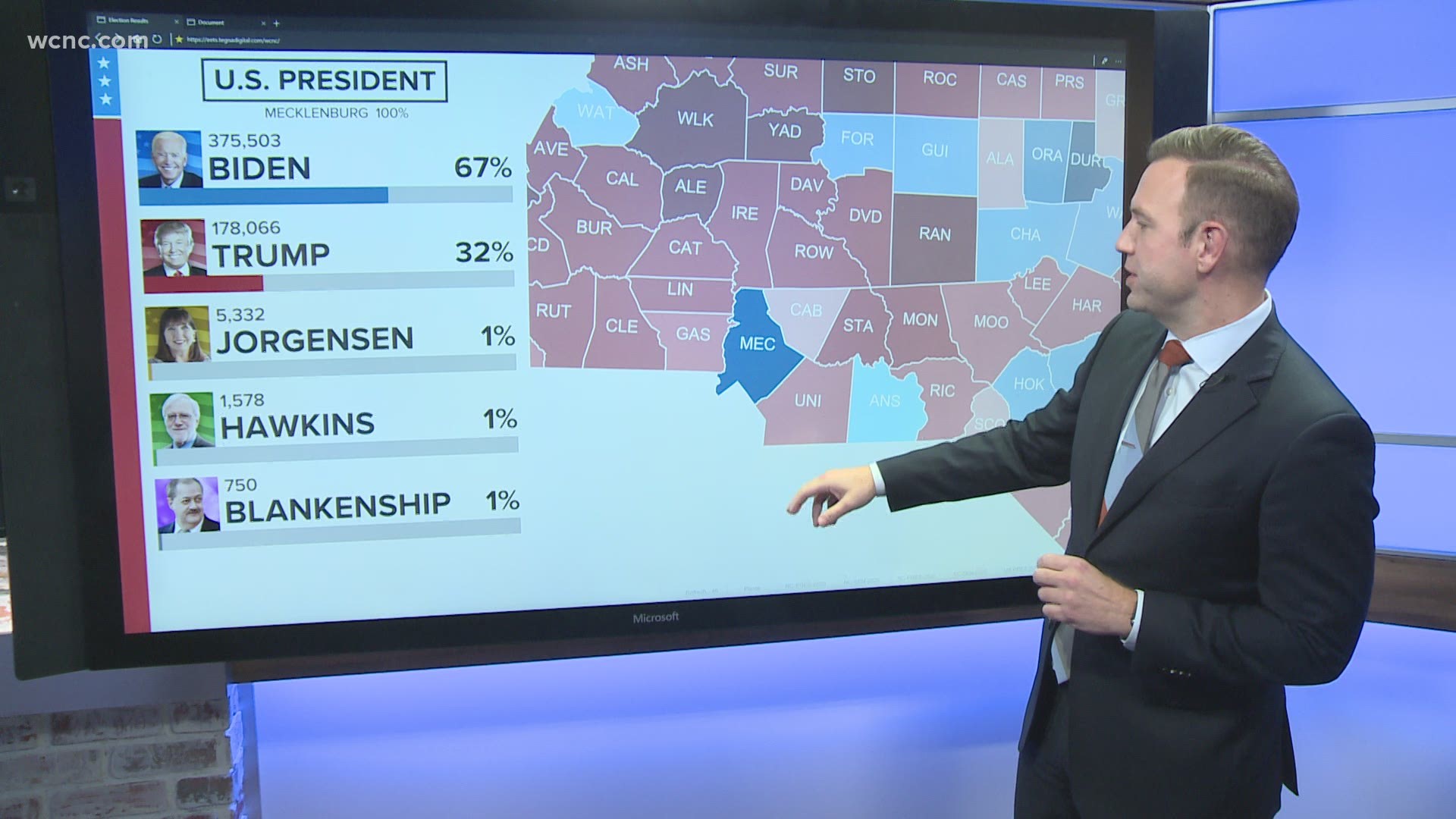 RALEIGH, N.C. — A record-breaking number of North Carolinians voted in the 2020 election.

As of 9 a.m. Wednesday, 74.5% of North Carolinians have voted in the state, according to Catawba College political science professor Dr. Michael Bitzer, who says the number may go up slightly as North Carolina continues to count outstanding absentee by mail ballots.

More than 100,000 absentee ballots requested by North Carolinians have not yet been counted.  Those could be crucial determinants of some close races, including the race for the White House between President Donald Trump and former Vice President Joe Biden.

Here's North Carolina's turnout rates going back to 1972 with presidential and mid-term years.

2020 broke the record for turnout with 74.5%. We may see that slightly go up, if 116K outstanding mail-in ballots all come in, but still: 75% turnout pic.twitter.com/a2NCij7hMl

That number could be significantly lower as about 17,000 voters who requested absentee ballots have already voted in person on election day, election officials report.

RELATED: There's no winner in the presidential race. That's OK