Election boards across North Carolina will begin finalizing 2020 election results Friday after the deadline for absentee ballots by mail passed on Nov. 12. 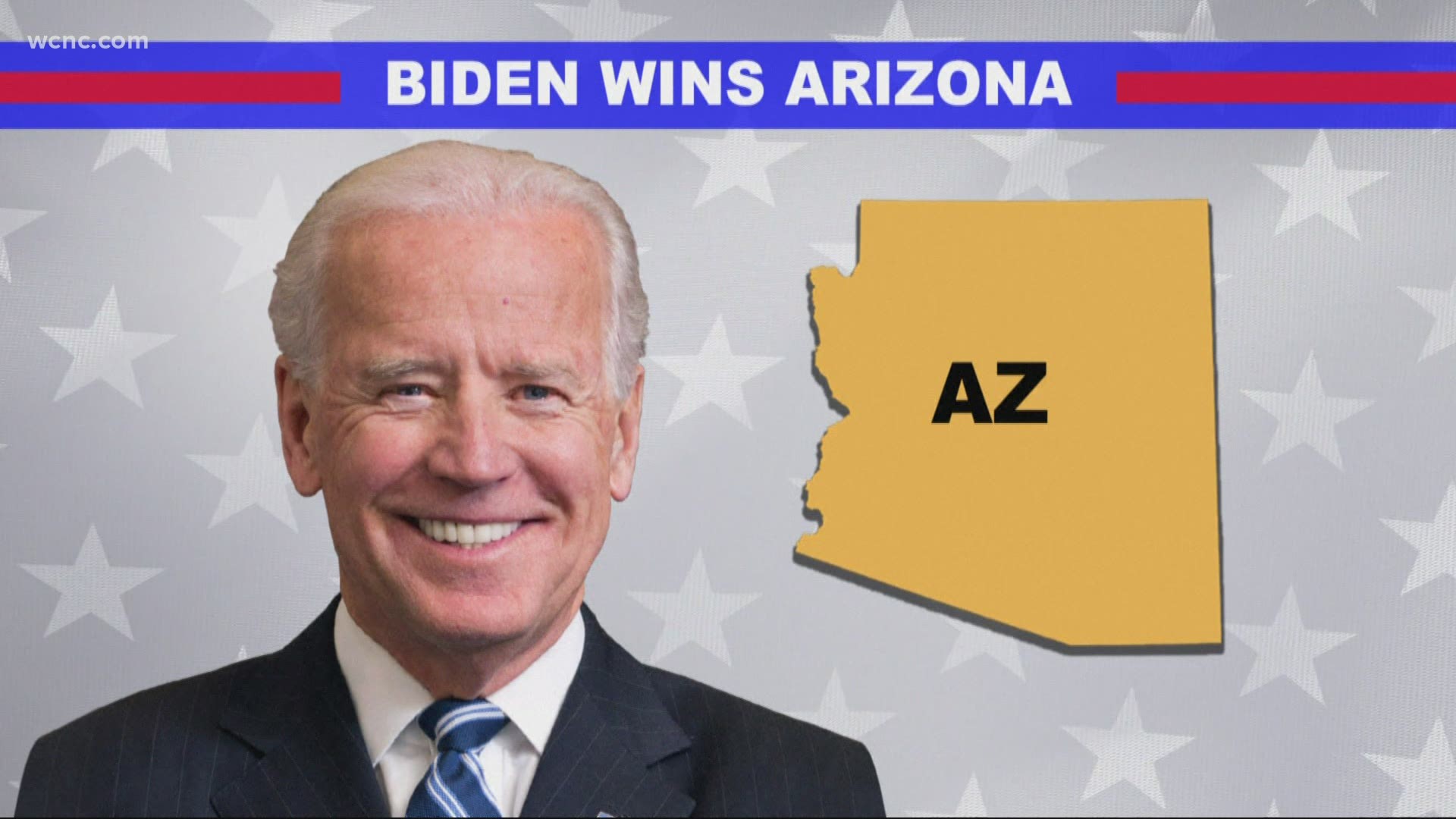 North Carolina was allowed to accept any mail-in ballots postmarked on or before Nov. 3 as long as they were received by 5 p.m. Thursday, Nov. 12, the Supreme Court ruled last month.

Despite Trump’s claims of victory on the morning of Nov. 4, the Associated Press called the presidential race for Biden on Nov. 7. North Carolina and Georgia still remain too close for the AP to call. In North Carolina, Trump leads Biden by less than two percentage points.

U.S. Senate candidate Thom Tillis also claimed victory over Democratic challenger Cal Cunningham on the morning of Nov. 4 with a 96,707 vote lead. Cunningham conceded from the race this Tuesday.

In North Carolina, the State Board of Elections reported 117,000 outstanding absentee ballots on election night.

It's unclear how many of those will actually be returned, as voters may have chosen not to mail in their ballots or may have voted in person on Election Day, which would cancel out their absentee ballot. Between Nov. 3 and Nov. 11, 35,724 additional absentee ballots arrived by mail.

“With very few exceptions would North Carolinas numbers move until Nov. 12 or 13,” said Karen Brinson Bell, the Director of the State Board of Elections.

In Mecklenburg County, elections officials expected about 8,000 more mail-in ballots to arrive after Election Night. On Nov. 4 alone, they received about 1,000.

RELATED: Where the lawsuits stand in Trump's presidential election challenge

“Remember all of those absentees that we mailed out may not be voted," Michael Dickerson, the director of elections for Mecklenburg County, said. "They may be like me who asked for an absentee by mail, but I went and voted early up at the Spectrum Center."

“We ask to let the process happen just as it has in previous elections and with that, we will be able to ensure an accurate and fair election for North Carolinians and they can have confidence in the votes they cast,” Brinson Bell said.

As of the morning of Nov. 6, there were about 99,000 outstanding absentee ballots, according to the North Carolina State Board of Elections website. New data showed a majority of those ballots still out there were requested in Wake and Mecklenburg County.

Here were the counties with the highest amount of unreturned absentee ballots as of Nov. 6:

Here is a breakdown of those unreturned absentee ballots by party:

Dickerson told WCNC Charlotte's Hunter Sáenz that his office had 1,000 of the outstanding absentee ballots ready to be counted. Mecklenburg County's Board of Election will meet to count those votes on Friday at 5 p.m., Dickerson said, and he expects more votes to be returned by then.

Legally, they are waiting until Friday to count the votes because it has to be public, and they have to give prior notice.

While voters wait, counties are going through the typical, but tedious, audit processes, making sure all of the numbers add up and signatures match. But despite false claims of voter fraud, Dickerson said, this process is nothing new.