Bitzer said as of September 4th, over 643,000 people in North Carolina have already requested an absentee ballot. 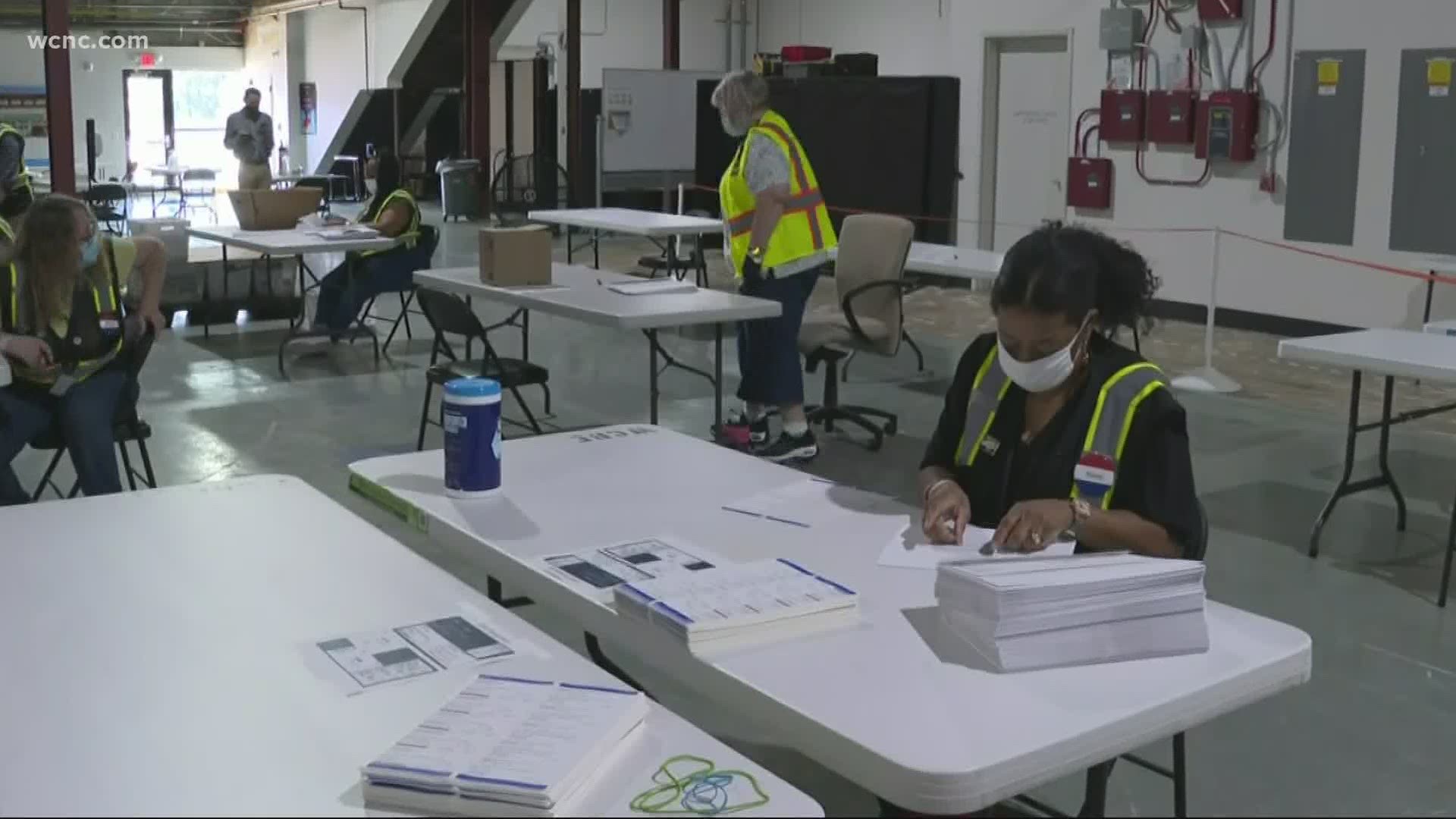 CHARLOTTE, N.C. — While absentee ballots solve one problem of allowing people to vote safely during the pandemic, it could create another if people wait until the last minute to cast them.

“We’re almost 17x ahead of where we were at this point in 2016,” said Michael Bitzer, a political scientist at Catawba College.

Bitzer said as of September 4th, over 643,000 people in North Carolina have already requested an absentee ballot.

“This is an exponential number that I don’t think anybody has fully realized,” Bitzer said.

RELATED: Voting absentee in the Carolinas? Here is how to request and return your ballot.

“We’ve got people working all throughout the day and night and weekends getting it done,” Sims said.

“We've been working the last few days to get out what we can ever since we got the ballots, and we'll work Saturday and hopefully get out more," Dickerson said.

How smoothly the absentee ballot process runs isn’t just up to the officials, though.

“Part of this is going to be dependent upon North Carolina voters,” Bitzer said.

Bitzer said with all of the interest, voters cannot procrastinate.

“Get it in early,” Bitzer said. “Do not wait until the last week until the election. That will cause a log jam in the processing.”

“North Carolina allows the counties to process those ballots as they come in, check to make sure that they are verified, and then have the tabulations ready to run as soon as the polls close,” Bitzer said.

Bitzer also said it helps bring in results sooner rather than later.

“The first numbers that we typically tend to see on the election website are those early votes,” Bitzer said.

Getting the ballot back early will also allow voters the time to fix it if there were issues that prevented it from being approved.

“The county board of elections are required in one business day, to respond to a voter whose ballot is not cured, is not accepted, to say, ‘you forgot to do this,’” Bitzer said.

Bitzer said while they must respond to the voter in one day, it may take the notification a few more days to get to the voter through USPS.