"So if you want change...you’re always marching and talking and saying what you want to do, your voice can be heard if you vote." 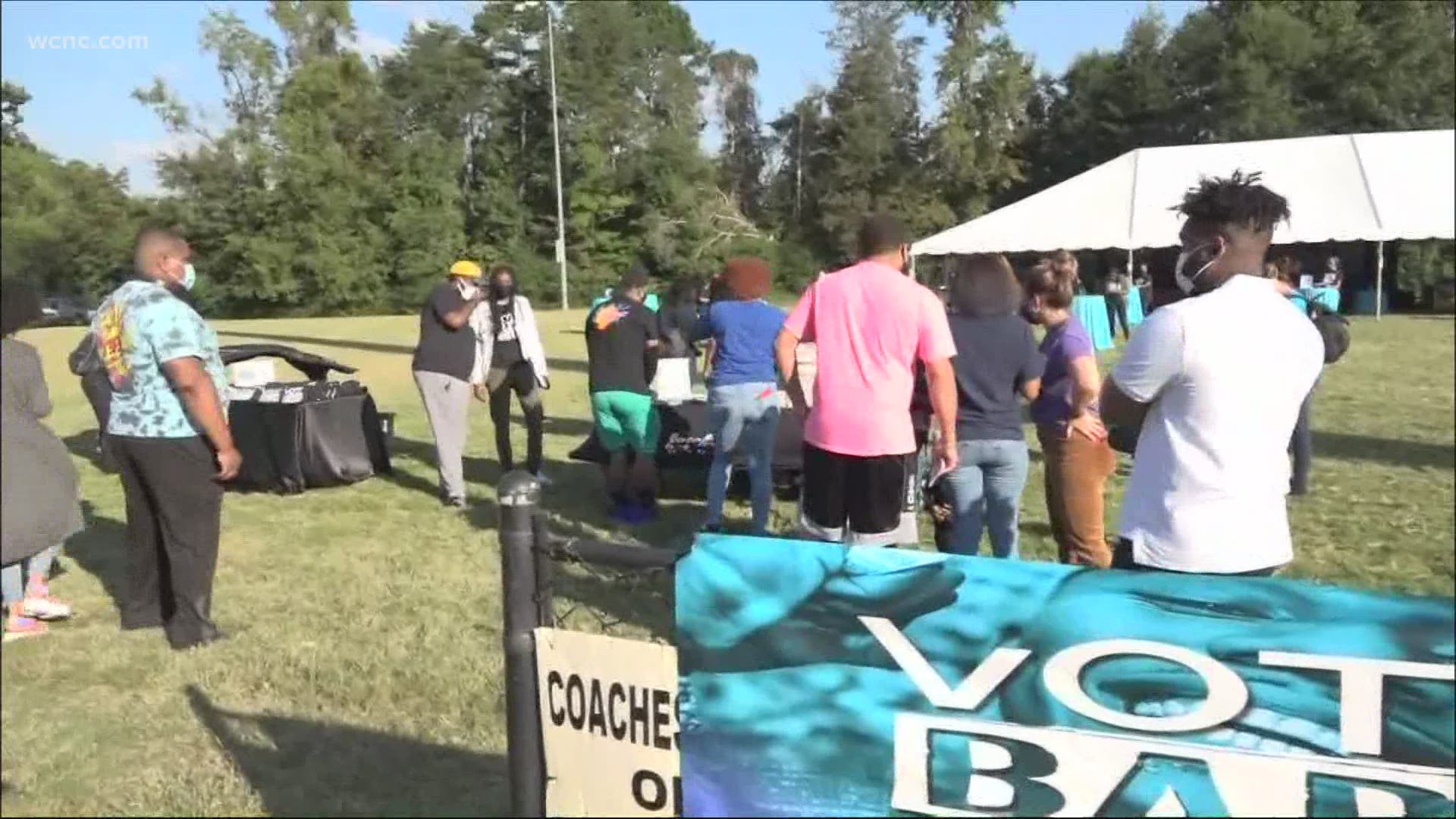 The event was titled, “VOTE BABY VOTE” and was held at the Derita Athletic Association located on West Sugar Creek Road.

The event featured voter registration tables spread out throughout the field, in addition to volunteers who were on-site to help answer questions about the voting process.

“Now more than ever it is important for us to get to the polls and make sure that our voices are heard," DaBaby said in a press release about the event. “The 1st step is to register. Then, vote baby vote!”

Sheriff Garry McFadden and deputies with the Mecklenburg County Sherriff’s Office were also in attendance, meeting with members of the community.

At one point, Sheriff McFadden got on the mic and told the crowd if they want to see a change, there's a way to be a part of it.

“So if you want change, you’re always marching and talking and saying what you want to do, your voice can be heard if you vote,” he said, “So if you don’t vote, you don’t have a voice."

He urged people to use their opportunity to make their voices heard with their ballots.

"And if you don’t vote and let someone else get into office, please do not complain because this is your opportunity to hear your voice on the ballot,” he said. “Vote for who works for you, vote for who will stand up for you, but God knows — vote.”

The deadline to register to vote in North Carolina is Friday, October 9. Early voting runs October 15-31.