In his latest stop Wednesday, Sen. Tillis and his family met with voters outside Town Hall in Cornelius before getting in line to vote. 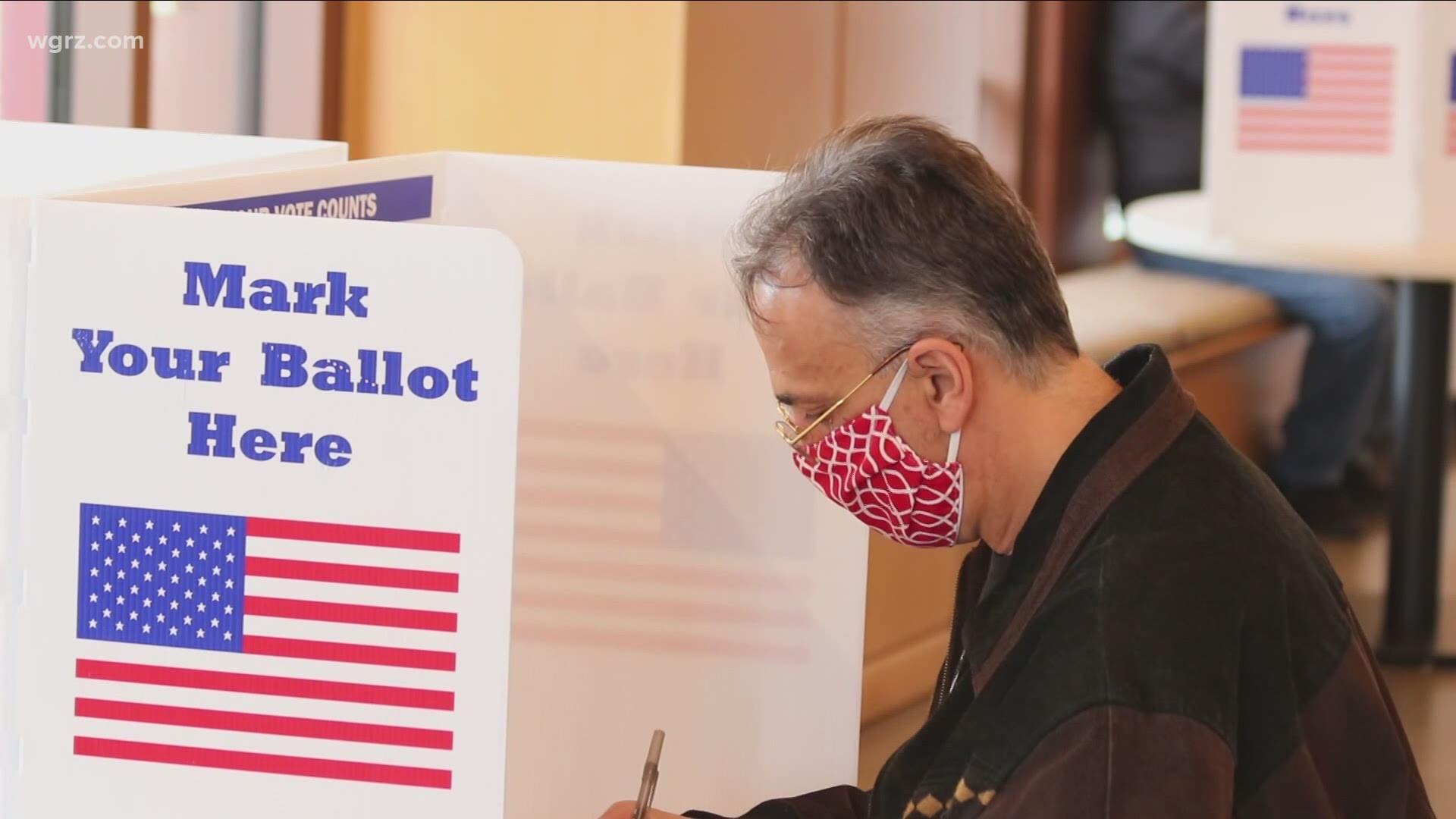 CORNELIUS, N.C. — As early voters continue to turn out in record numbers, with more than 3.5 million now cast in North Carolina, Republican Senator Thom Tillis is racing toward the finish line with equal enthusiasm.

This week the senator announced he was embarking on a seven-day blitz across the state.

In his latest stop Wednesday, he and his family met with voters outside Town Hall in Cornelius before getting in line to vote.

RELATED: Voter dos and don'ts on Election Day in the Carolinas

Tillis and his wife both arrived at Town Hall, an early voting site, with absentee ballots in hand. But after waiting for several minutes in the rain, the pair instead opted to vote in-person.

“They got a little bit wet before I went back to the car and grabbed an umbrella,” he said.

In an interview with media afterward, Tillis said he voted for Trump.

“I support Trump, that’s why I just voted for him,” said Senator Tillis.

Meanwhile, Democratic candidate Cal Cunningham is finishing the race without news cameras. Pictures shared on his social media sites show he’s made visits to several North Carolina counties this week, but his campaign ignoring or denying requests from media.

Political experts say it could be a possible campaign strategy, since allegations of an affair between Cunningham and another married woman, made headlines earlier this month.

A topic Senator Tillis addressed Wednesday, calling Cunningham, “a candidate who’s run on a foundation of trust and honor and he’s been untruthful and dishonorable.”

RELATED: More than 73 million Americans have already voted by mail or in person

Cunningham posted jabs of his own on his campaign website, critical of Senator Tillis for giving more attention to a supreme court nomination than he did on passing a COVID relief package.

When asked by a reporter, Tillis responded Wednesday, saying it’s likely to come after the election.

“There are a lot of victims of COVID who haven’t been infected with the virus,” he said, “There are businesses, there are people that are unemployed, people falling into the poverty level, we have to take care of them and I believe after the heat of the election we will.”