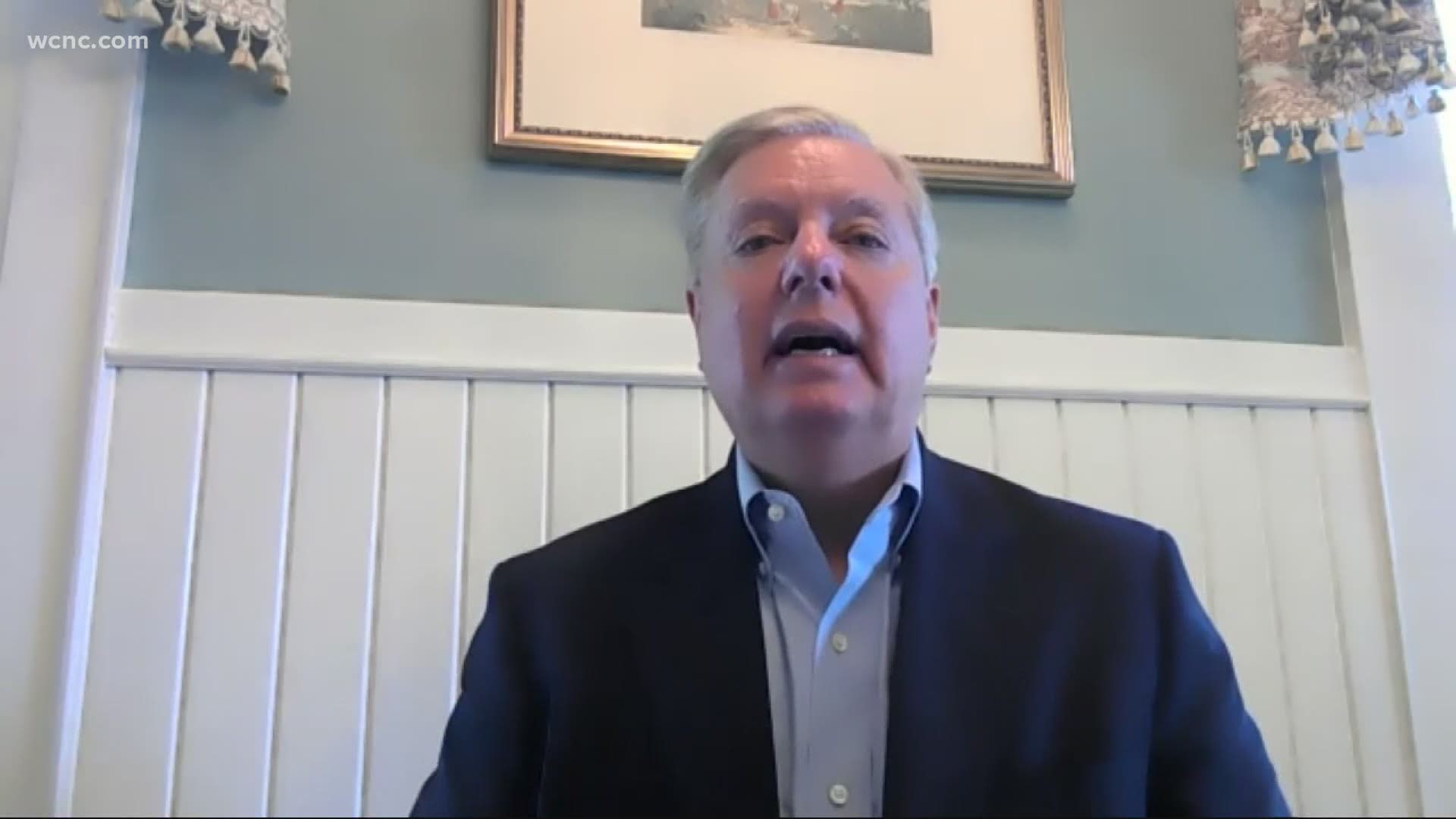 CHARLOTTE, N.C. — Senator Lindsey Graham said Thursday he has faith in the election process and believes the race will be a “fair one” days ahead of Election Day.

Graham sat down one-on-one with WCNC Charlotte Anchor and Reporter Tanya Mendis Thursday, one day before his third and final debate with Democratic challenger Jaime Harrison.

Graham remains locked in a dead heat with Harrison with polls giving one candidate or the other a narrow lead well within the margin of error.

It is the toughest challenge Graham has had in his nearly 20-year career as a senator.

“This is a close election all over the country, what you do and what you say and how you vote matters,” he said, adding that he would accept the outcome of the election. “I have confidence in the process, I have no doubt that the results will be fair in South Carolina.”

Graham said he would “not begrudge anybody challenging the results” as long as a court’s decision was considered final.

He did not specifically say whether he would contest the election.

We sat down one on one with @LindseyGrahamSC today. He said his first goal if he gets re-elected is another stimulus package. So, I asked him, why didn’t we get this done before the election? “I’ll be honest with you, I don’t see much desire to help @POTUS on anything.” @wcnc pic.twitter.com/EAU0S0DJmF

Graham remained encouraged by and impressed with the record-shattering voter turnout.

“I feel good about my race, matter of fact I’ve never felt better about it than I do today,” he said.

Graham scoring significant political points with his base with the appointment of Supreme Court Justice Amy Coney Barrett.

Graham, as chair of the Senate Judiciary Committee, counted that as a feather in his cap, but also what he called “a blessing for the country.”

“From a young woman’s point of view who happens to be conservative, who is pro-life who embraces a traditional family structure, this means there’s a seat at the table for you,” he said.

Still, critics continue to blast lawmakers for seating a new Supreme Court justice before they passed a new round of stimulus packages.

Graham said if he is re-elected, that would be his first priority.

“I think the number one goal for me is another stimulus package until we get a vaccine,” he said.

When asked why legislators did not approve a stimulus package before the election, Graham blamed an unwillingness of lawmakers to support President Donald Trump.

“I’ll be honest with you I don’t see much desire to help President Trump on anything,” he said. “I think as soon as the election is over there’s going to be a bipartisan breakthrough on a big package somewhere around 2 trillion.”

WCNC Charlotte requested an interview with Jaime Harrison on Wednesday and again on Thursday. His representatives did not respond to that request.