How St. Louis wards voted in the mayoral primary

Tishaura Jones got the most votes in 18 of the city’s wards, while Spencer won 10. Lewis Reed didn't win a single ward in a city he has served since 1999 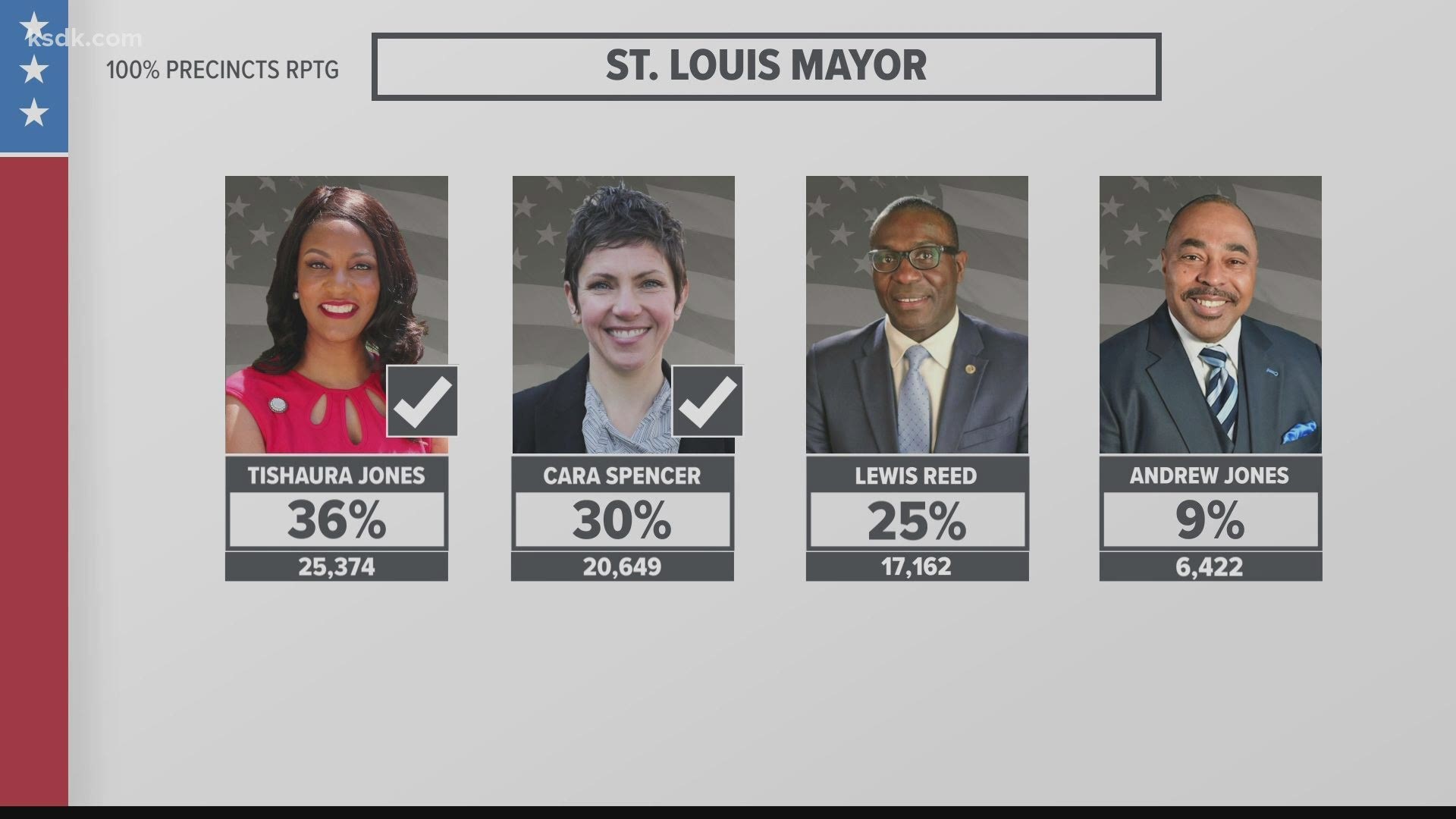 The number of registered voters in St. Louis grew since the last mayoral election, but fewer people voted this time around.

The wards with the highest turnout that carried Tishaura Jones and Cara Spencer to victory Tuesday are mostly in the southern parts of the city.

All are conclusions borne out of a ward-by-ward breakdown of voter turnout compiled by the St. Louis Board of Elections.

Jones got the most votes in 18 of the city’s wards, while Spencer won 10. The map below shows the wards Spencer carried in yellow and the wards Jones carried in green.

Overall, about 22% of registered voters in the city cast ballots Tuesday compared to about 28% who did so in the 2017 election.

Jones won all of the wards in north St. Louis, but there was higher turnout in the central corridor and south city neighborhoods.

The wards Krewson won that also went in Spencer’s favor include 11, 12, 13, 16, 23 and 28, which cover neighborhoods such as St. Louis Hills, Carondolet and the Central West End.

Wards considered to be more progressive, including 6, 8 and 15, had close to 30% turnout and leaned in favor of Jones. Those neighborhoods include the Tower Grove and South Grand areas.

The eighth ward, which includes the Shaw, Southwest Garden and Tower Grove East neighborhoods, had the highest voter turnout with 31.82%.

Credit: City of St. Louis
This ward-by-ward map shows who voters in St. Louis chose during the mayoral primary.

Reed also ran in the 2017 election. This year’s run was his third unsuccessful bid for the city’s highest office. He has been the president of the Board of Aldermen since 2007.

Reed finished second in 14 of the city's wards, which were spread across north and south St. Louis neighborhoods. But finishing second in those wards wasn't enough to give Reed an advantage over Spencer.