Election 2020: What you can and can't do if you're voting in-person

We are answering all of your questions about what to do and what you need if you plan on physically going to the polls. 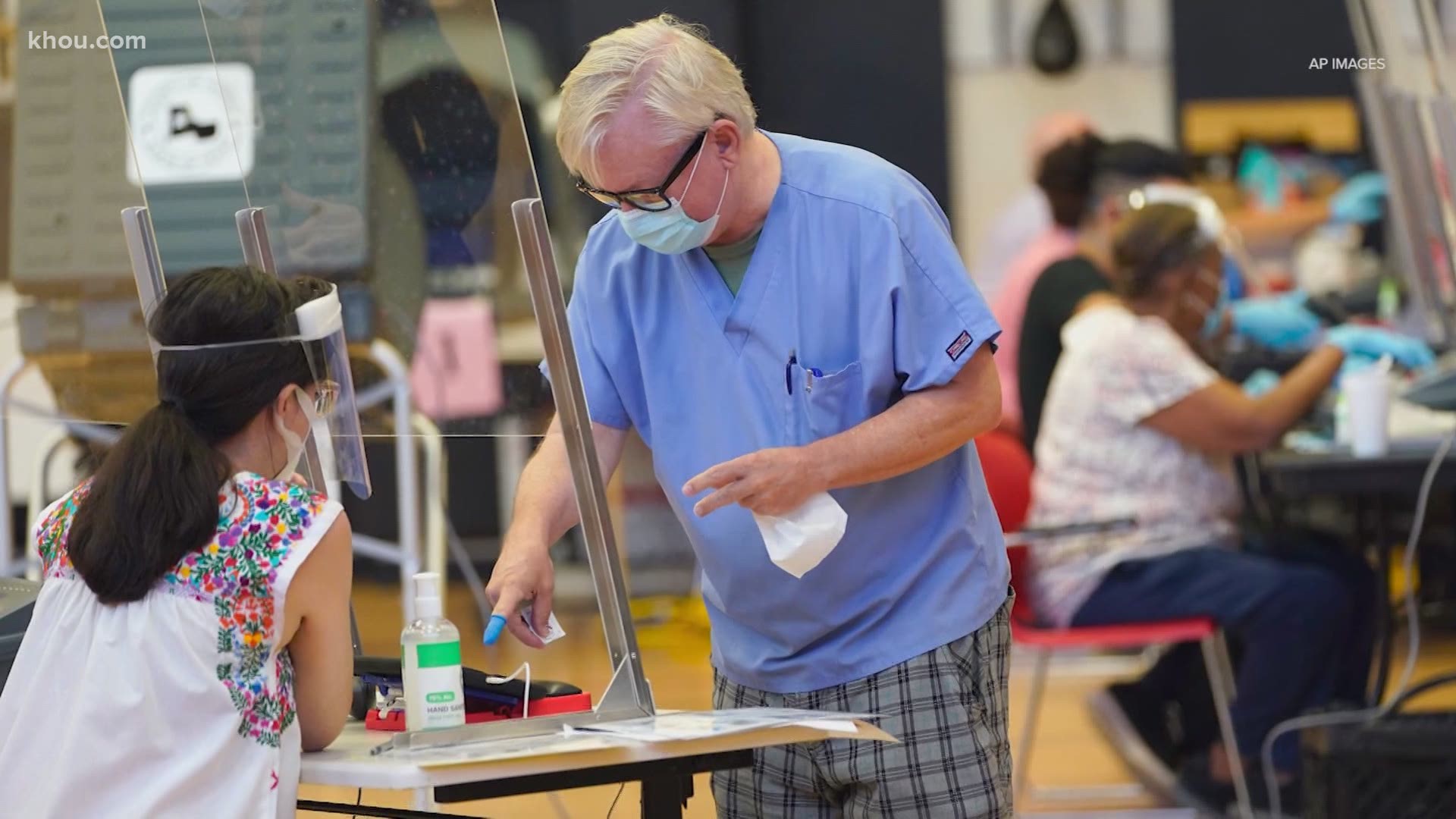 HOUSTON — Early voting starts Tuesday and if you're casting a ballot in person, there are rules you will have to follow.

First, let's start off with how well do you know the rules. Do you have to wear a mask? Can you take your phone? Are guns allowed? Maybe you think these questions are common sense; maybe not.

What to wear: Can a voter wear a MAGA hat or a Biden T-shirt to the polls?

It’s free speech, right? Well, you can’t. The answer is no.

The Harris County Clerk’s Office says wearing anything to the polls that supports a particular candidate, a ballot proposition or a political party is considered electioneering. You will be asked to take off the hat or flip the shirt inside out.

Can a voter wear a BLM shirt or a Blue Lives Matter pin to the polls?

A voter can wear whatever he or she wants unless it is obviously political in nature. The individual judges will make decisions on questionable attire if it comes up. The Harris County Clerk’s Office says those choosing the drive-through voting option can wear whatever they want and leave any political bumper stickers they have on their cars.

RELATED: 2020 Texas voter guide: Make sure your voice is heard!

Phones: Can you take a selfie in the polling booth to capture a memory of this historic election?

The answer: No way!

Voters will not only be told to turn off or silence their cell phones once they get to the polling sites, but they will also be instructed to put them away in either a pocket or purse. Phones may not be visible.

Guns: Can licensed gun owners in Texas take a firearm with them when they vote in person at a polling site?

This answer is simple, too: Nope. No concealed carry. No open carry. No guns allowed. Period.

Masks: Will you have to wear a mask when you go to vote?

The answer is: No.

Though, considering that turnout for this election is expected to break records and you will be around a bunch of strangers, and we’re in the midst of a pandemic – wearing a mask would be the intelligent thing to do.

But regardless of safety, the clerk's office says you cannot be denied the right to vote for failing to wear a mask, nor can a voter be forced to wear a mask in order to cast a ballot.

The clerk’s office says it can provide masks to voters at the polling sites if they would like them.

For all the rebels out there, who aren’t fans of rules, there is an easier way to vote. Do it curbside. You can drive up with a "Vote for Joe" bumper sticker on your car, a MAGA hat on your head and a pistol in your glovebox and cast your ballot at the same time.