Trump, Pence to rally in North Carolina ahead of 9th District election

On Friday, Senator Jeff Jackson held a "Get Out the Vote" rally at Brawley's Beverage on Park Rd. in Charlotte in support of democratic candidate Dan McCready. 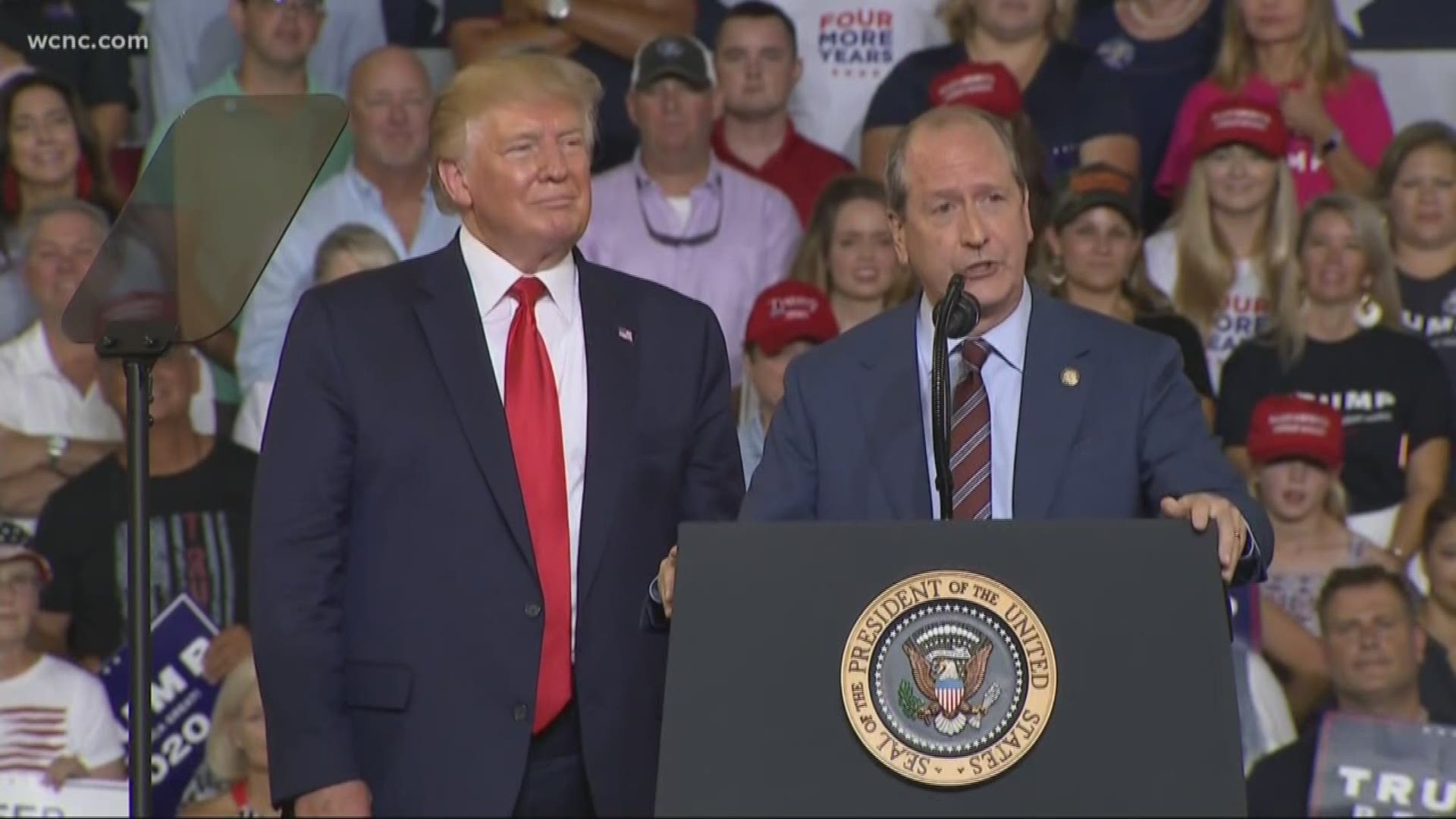 CHARLOTTE, N.C. — The seat for North Carolina’s District 9 has sat empty for months after state election officials found evidence of voter fraud in 2018.

But now, with the new special election just four days away, candidates on both sides are making a final sprint toward the finish line.

On Friday, Senator Jeff Jackson held a "Get Out the Vote" rally at Brawley's Beverage on Park Rd. in Charlotte in support of democratic candidate Dan McCready.

"Proud to do one last rally with @McCreadyForNC before Election Day! He's giving this everything he's got folks. Let's do our part," Jackson tweeted Friday night.

The GOP will send in the heavyweights on Monday. President Trump will hold a rally in Fayetteville while Vice President Pence will campaign at Wingate University.

Officials said Pence’s "Get Out the Vote" rally will be held at the George A. Batte Jr. Fine Arts Center on Camden Rd. in Wingate. Doors open at 11 a.m., and the event begins at 1 p.m.

"2018's dynamic of a democratic wave is just not there. So, if Dan Bishop can get out those Trump votes, they are very much going to be supporting his candidacy," said Bitzer.

The special election for District 9 is Tuesday, September 10. Election officials said polls will be open from 6:30 a.m. until 7:30 p.m.

Dorian is gone now the heat moves in