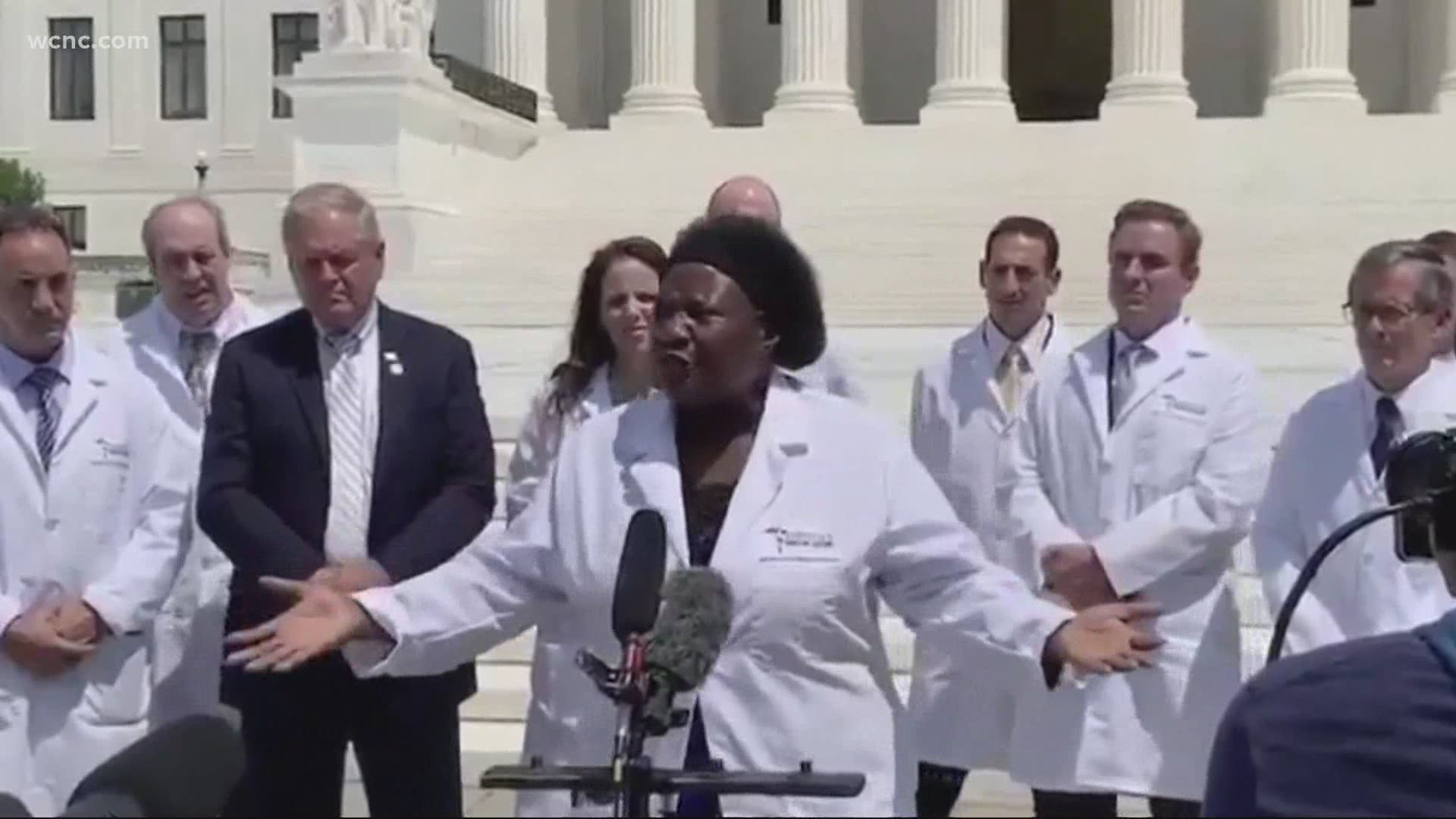 CHARLOTTE, N.C. — With less than 100 days until the November election, two South Carolina republicans, both up for re-election, have found themselves in the hot seat.

In response, Senator Graham’s campaign told CNN the ad is a “non-story,” saying “the visual effect has been used before, including on Graham himself."

RELATED: VERIFY: You should mail ballots in at least 7 days before election day

Participating in the conference was a group, who call themselves America’s Frontline Doctors.

The press conference was live-streamed by conservative media outlet Breitbart and viewed more than 14 million times before being removed from almost all social media outlets for spreading misinformation.

In the video, Doctor Stella Immanuel claims hydroxychloroquine is a cure for COVID-19 and that masks are not necessary for slowing the spread of the virus.

She’s the same doctor who has previously claimed alien DNA is used in modern medicine and that endometriosis is caused by sex with demons that take place in dreams.

“That’s when I’ve got to speak up and call out my opponent or anyone who is in a position of power who is not taking these things seriously,” said Democratic congressional candidate Moe Brown, who is running against Congressman Norman for the District 5 seat.

Brown said the pandemic is more than a political talking point, saying it’s a tragedy that has hit home, describing how difficult it was to watch his grandmother succumb to a 17-day battle with COVID-19.

“And all those 17 days she did it alone,” he said. “This lady that I love who grew me into the man that I am and the last seven days when she needed us the most we could not be there.”

He said watching leaders at both the federal and state level point fingers at each other instead of stepping up to do what’s right for the American people has been the most frustrating and says the varying misinformation must stop.

“You’ve got to be clear and concise with the information that you are bringing not only to yourself but to the people that you are leading and when you’re giving them misinformation you are failing at your duty and you’re failing strongly,” he said. “I mean people are dying, they’re not coming back, families are getting ripped apart.”

Congressman Norman’s office tells WCNC Charlotte that he was invited to the press conference to promote his position on reopening schools and said he “was not privy to the remarks of Stella Immanuel ahead of time.”

In a statement, Congressman Norman wrote:

“I attended a press conference on Monday to encourage the safe reopening of schools for in-person learning this fall wherever possible. I was not privy to the remarks of Stella Immanuel ahead of time - I do not agree with her statements on the use of masks and I am not certified to recommend any particular prescription. However, I do feel strongly that she has every right to voice her opinion.  In this country, we don’t silence voices because we find them objectionable.  If they want to “flag” videos of her remarks or put up disclaimers, then fine; let adults decide for themselves whether what she said is worth hearing. But it is appalling to see just how eager these platforms have been to shut down her voice.  Every American should be alarmed with this and countless other examples of censorship.”

Wednesday, Congressman Norman co-sponsored a bill titled, Stop the Censorship Act of 2020. The bill looks to remove the ability by social media companies to censor and remove material.

More on the bill can be found here.