Maryland warns that following the advice on these USPS postcards could lead to missing the state's mail-in ballot request deadline. 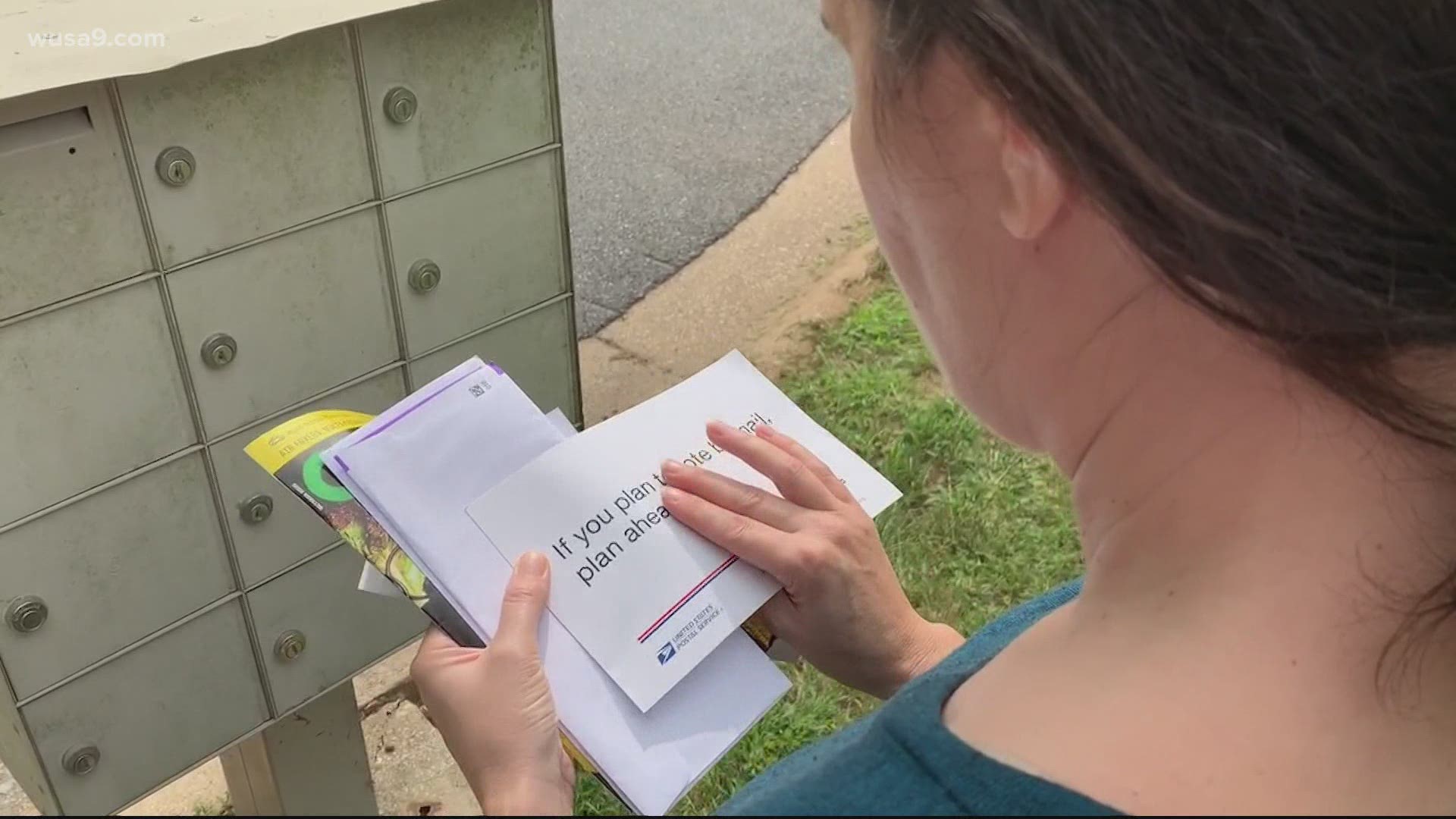 WASHINGTON — A postcard regarding mail-in ballot deadlines sent to every American household by the U.S. Postal Service is causing some confusion about when voters need to actually submit their requests for mail-in ballots.

The postcards have a checklist of what voters need to do to get their mail-in ballots on time. But in some cases, the recommendations don’t match what local election officials have advised voters to do.

"Let me also enter into the record the actual postal customer postcard that I received," she said. "It appears the Colorado Secretary of State attempted to get the Postmaster to correct the postcard."

Speier highlighted this because Colorado is one of nine states -- plus the District of Columbi --  where voters don’t request ballots, as one will automatically be sent to every registered voter.

The USPS mailer said to send in ballot requests at least 15 days before election day, which is Oct. 19.

According to Maryland’s election board, it is possible local election offices will not receive your ballot request in time if you wait to send it in until Oct. 19.

"Portions of the postcard message are inconsistent with Maryland vote by mail guidelines," the election board said.

I just found out the @USPS is sending this postcard to every household and PO Box in the nation. For states like Colorado where we send ballots to all voters, the information is not just confusing, it’s WRONG. (Thread) pic.twitter.com/RoTTeJRJVl

"This debacle could have been avoided had Mr. DeJoy simply accepted the offers of state election officials to proofread that message before he sent it out," he said during Monday's hearing.

In a statement, USPS said:

"The intention of the mailer was to send a single set of recommendations that provided general guidance allowing voters who choose mail-in voting to do so successfully, regardless of where they live and where they vote.  Each state has its own approaches, rules, and deadlines and we provide the following link for voters to determine their local relevant information: usps.com/votinginfo. Our mailer was intended to be general all-purpose guidance on the use of the mail and not guidance on state rules.”

The USPS postcard also recommends that people mail in their ballot at least seven days before election day.

But as first reported by The Washington Post, USPS warned 46 states and D.C. that ballots may not be delivered in time to meet deadlines due to an increase in the amount of mail it’s receiving.