For the first week of early voting, lines were wrapped around buildings at polling places all across the state. 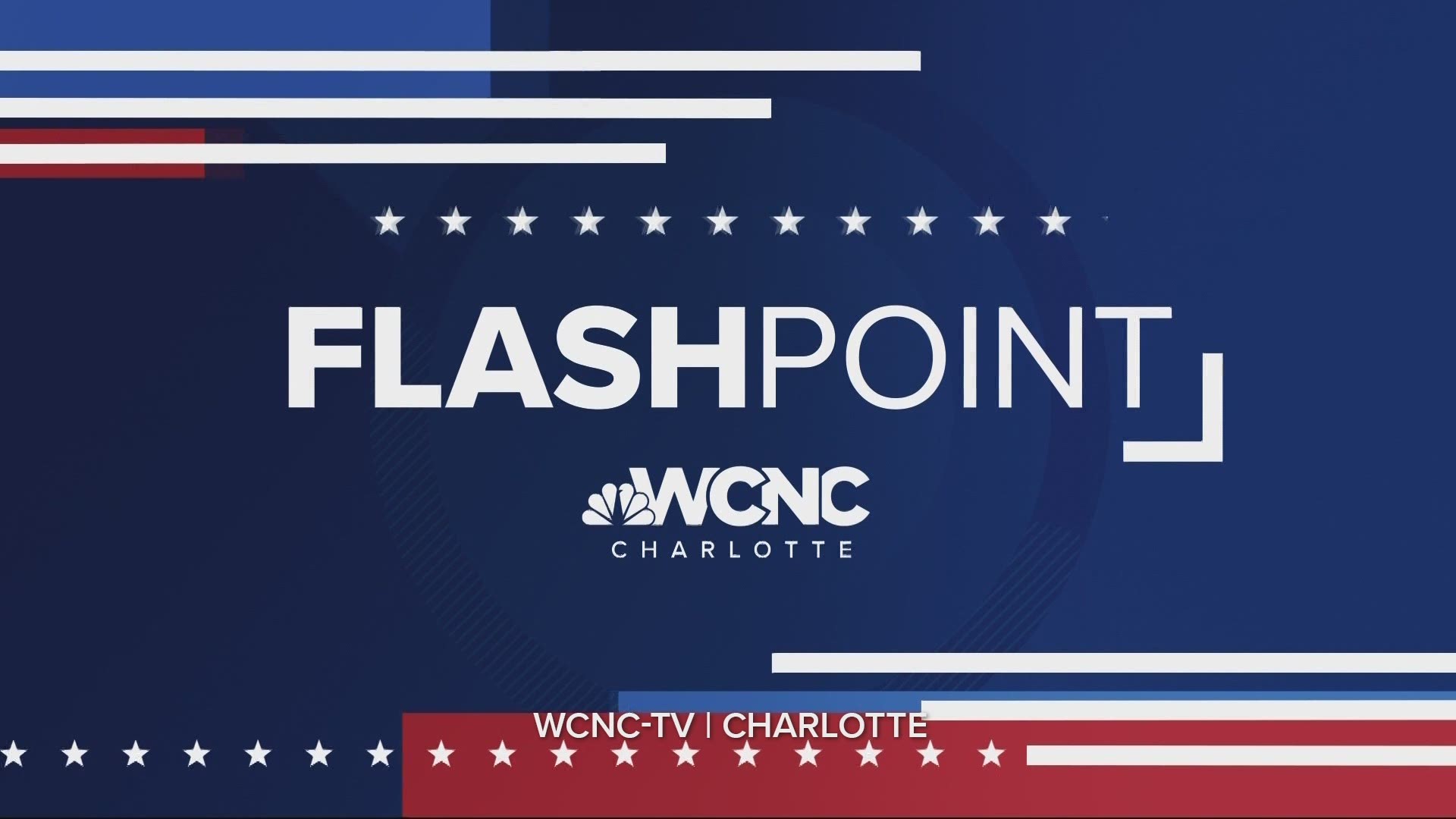 Early voting is underway here in the Carolinas. Polling places are seeing record turnout. The first week, lines were wrapped around buildings at polling places all across the state.

The average from real clear politics has Joe Biden ahead here in North Carolina by about three-points over President Trump.

This week, both President Trump and Joe Biden took part in separate town halls. The pandemic, dominating the conversation as coronavirus cases are on the rise again across the country, including here in the Carolinas.

The North Carolina Senate race, one of the most-watched, most expensive and most controversial races.

Despite being caught up in the middle of a sexting scandal, Democrat, Cal Cunningham is leading in pretty much every poll against the incumbent Senator, Thom Tillis. The average from real clear politics has Cunningham up 46 percent to Tillis' 41.7-percent. 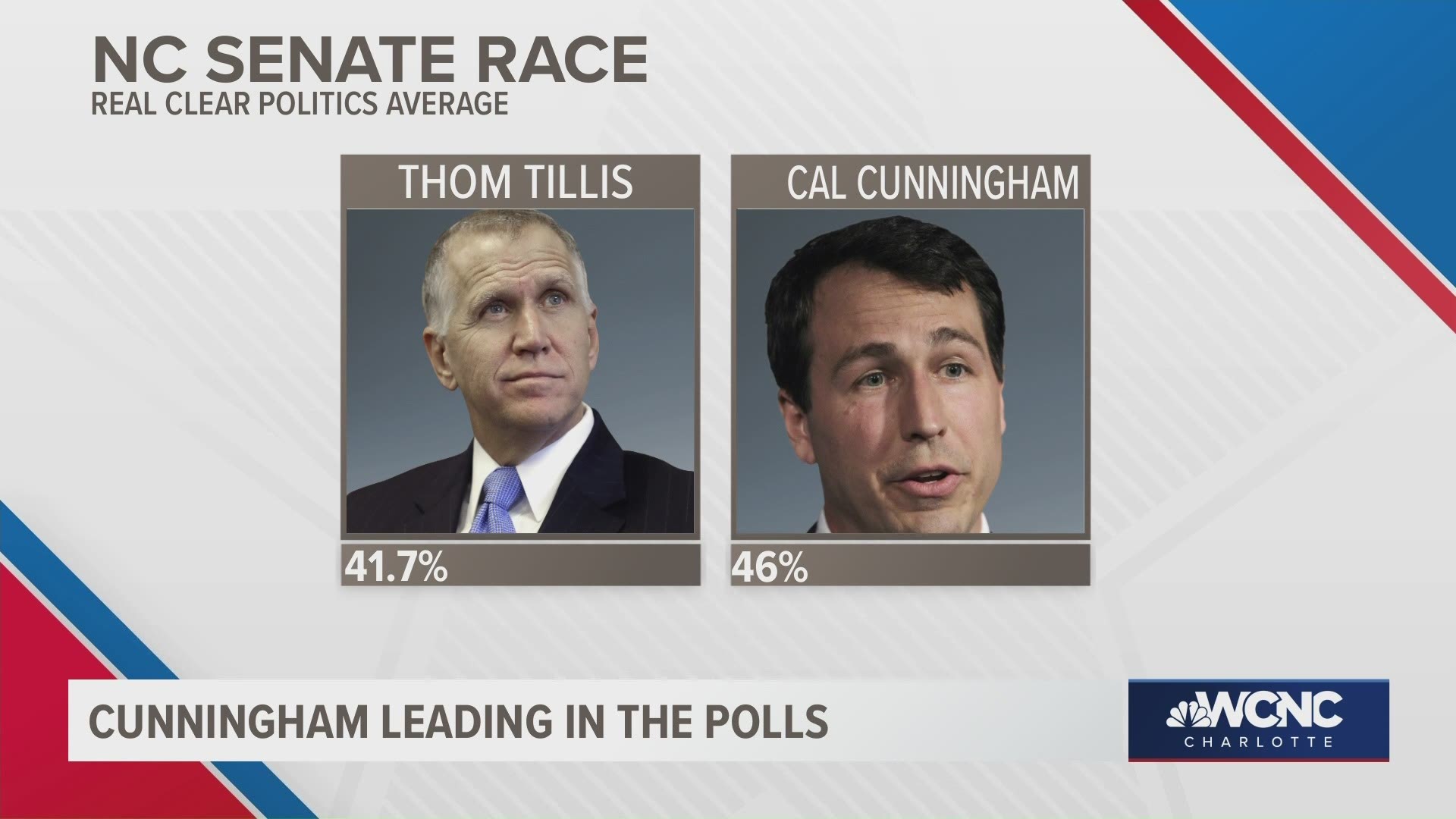 Governor Cooper and his opponent, current Lieutenant Governor, Dan Forest met face to face for their first and only debate.

The hour-long debate covered a variety of topics like the state budget, Medicaid, hurricane recovery and more. But the issue that took center state was the topic of coronavirus. Both expressed how they believe the pandemic should be handled in North Carolina.

According to the average from real clear politics, Roy Cooper has a 10-point lead over Dan Forest. 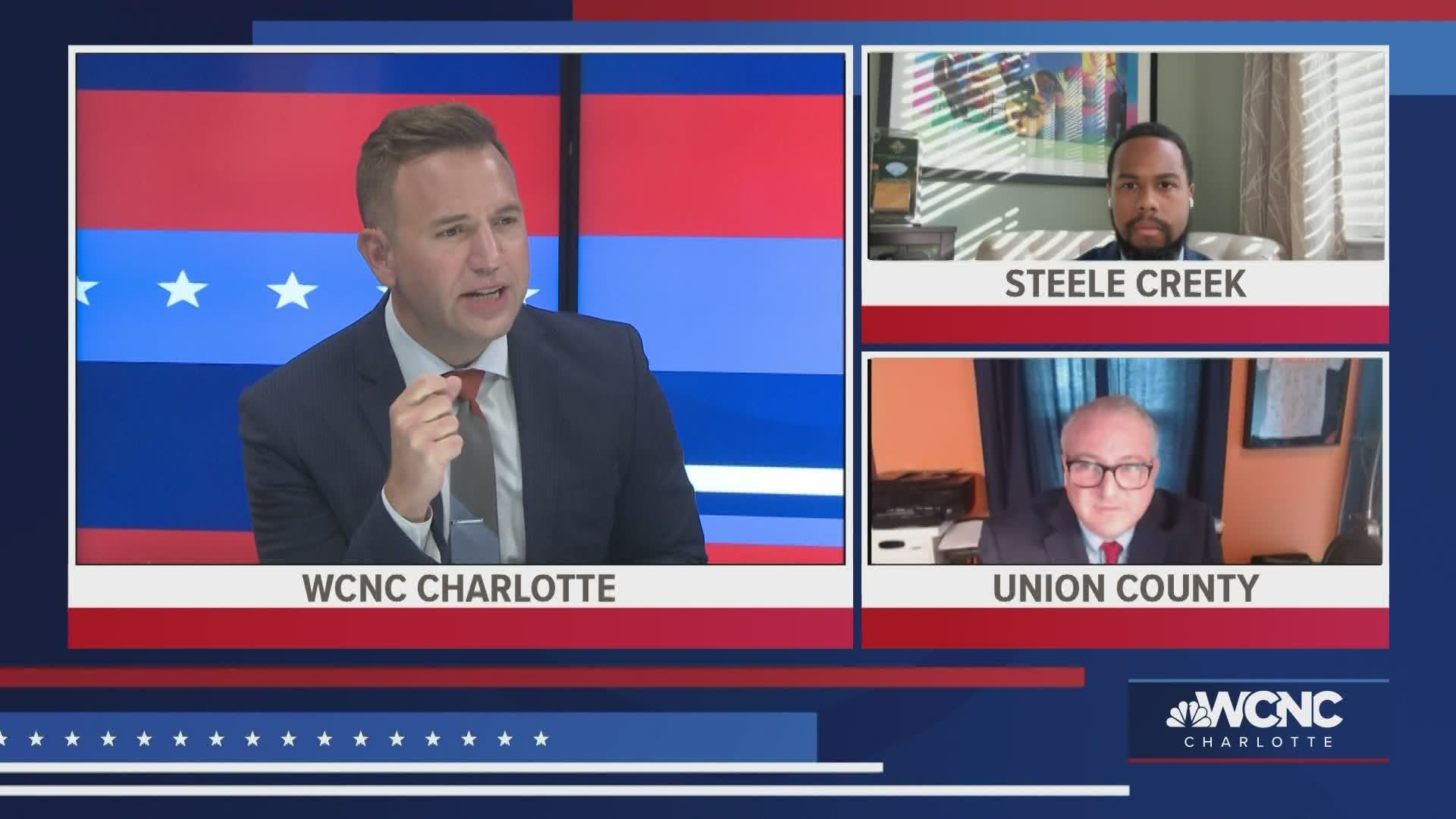 If you have any questions about the election and the voting process text WCNC Charlotte at 704-329-3600.