Flashpoint: What to expect after election night Tuesday in North & South Carolina

One thing we know for sure; this election will see record turnout. More than half of registered voters in North Carolina have already cast their ballot. 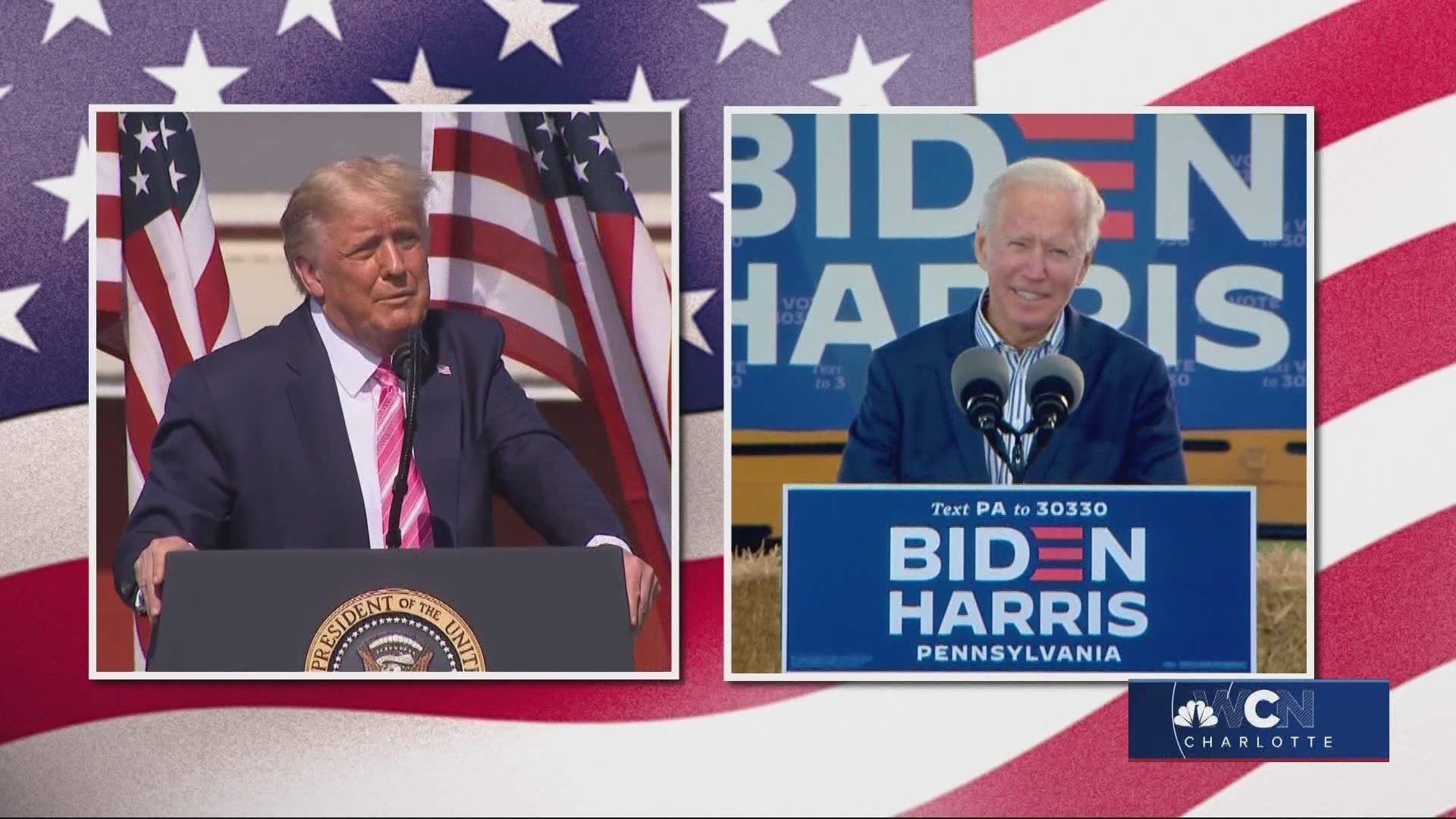 CHARLOTTE, N.C. — The time is near, the weekend before election day. The balance of power in Washington is up for grabs and it's all in the hands of swing-state voters scattered across the country including right here in North Carolina.
The election could have impacts felt across the country for decades.

As you know the big race at the top of the ticket is the presidential race.
Republican incumbent, Donald Trump running against Democrat, Joe Biden.

Here in the Carolinas, Thom Tillis and Lindsey Graham are hoping to fight off Cal Cunningham and Jaime Harrison, but the races are razor-thin.

One thing we know for sure; this election will see record turnout. More than half of registered voters in North Carolina have already cast their ballot.

So we've brought together the smartest folks we know. Three people who study this stuff 24/7, all professors who teach politics.

Catawba College Political Science Professor, Dr. Michael Bitzer talks about voter turnout in North Carolina and what we can expect after the election.

The presidential race in North Carolina, It's a battleground state one Obama carried in 2008 but lost in 2012. Trump won it in 2016, but according to the average from real clear politics is trailing right now.

And he's only trailing by about half a percentage point so well within the margin of error and it's a race that has seen the margin get tighter over the last few weeks. 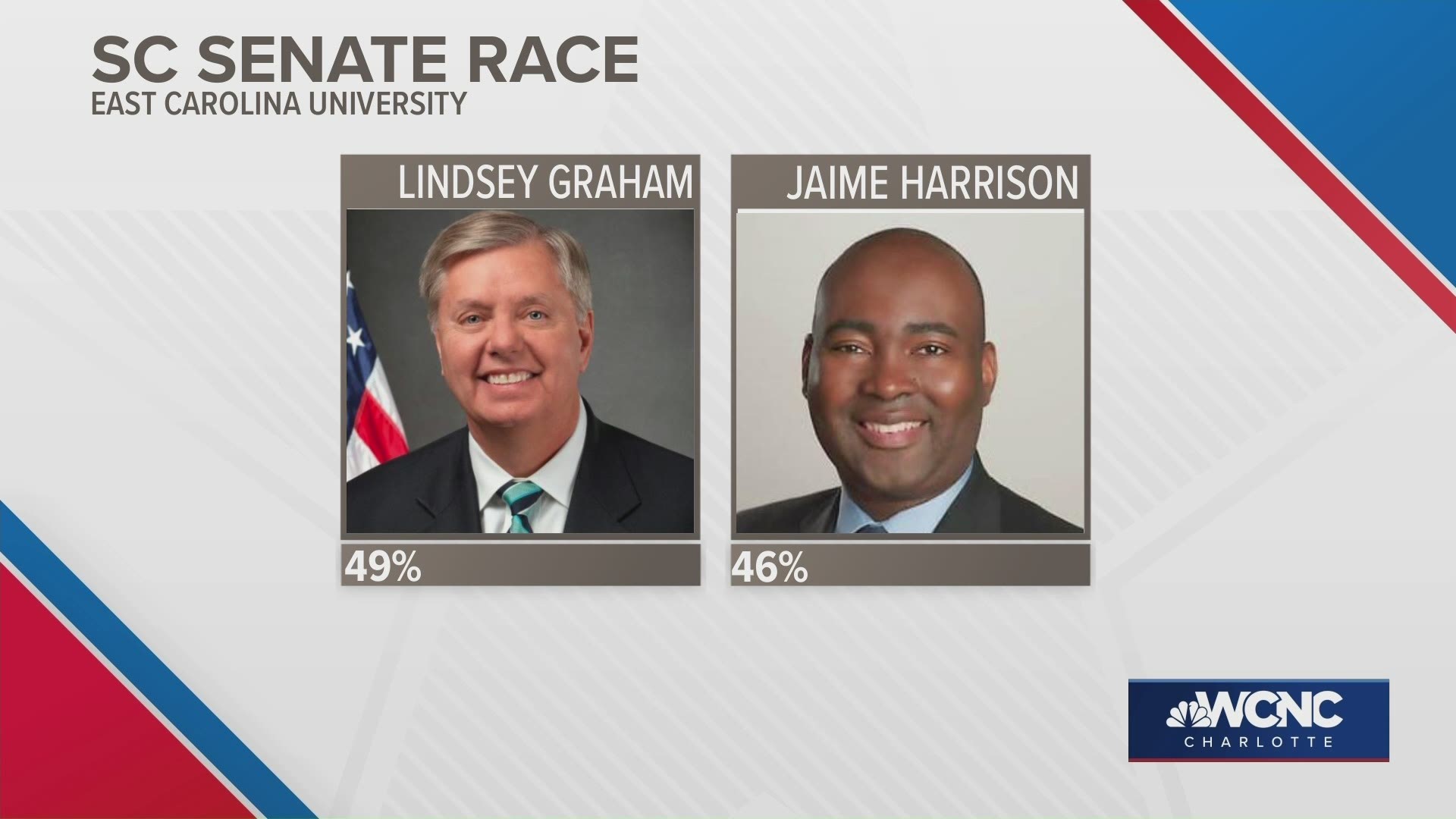 Winthrop University Political Science Professor, Dr. Scott Huffmon talks about what to expect with the South Carolina Senate race as well as what to expect overall in the election.

South Carolina race, it's closer than many people imagined it would be. The latest poll from East Carolina University shows Lindsey Graham with a three-point lead over Jaime Harrison. 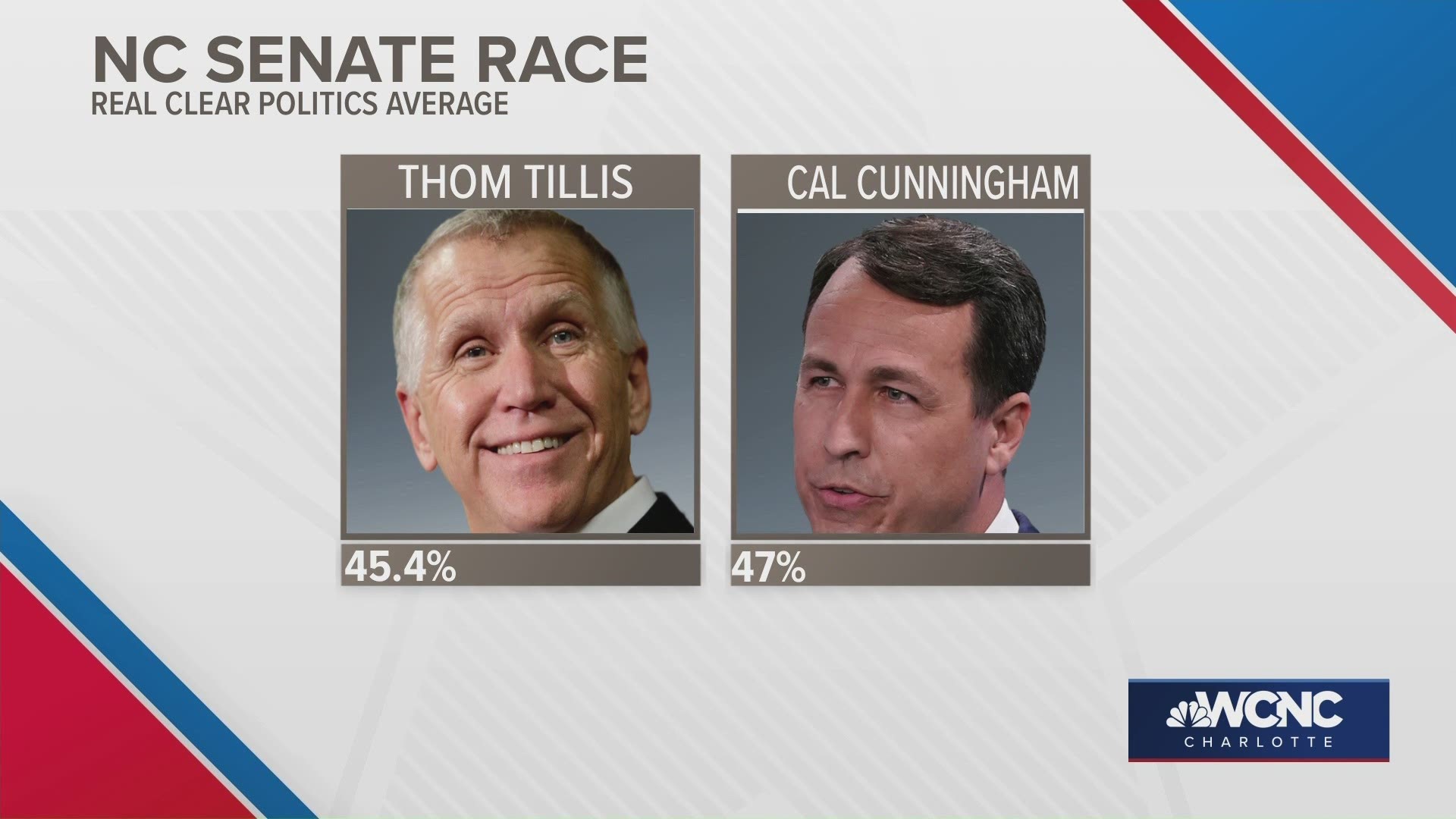 The senate race in North Carolina, it's the most expensive race in the country.
With about a month left it was riddled with a coronavirus diagnosis for incumbent Thom Tillis and a sexting scandal on Cal Cunningham's side.
With just days left the average from real clear politics shows Cal Cunningham with about a one-and-a-half point lead.

RELATED: Why the Black vote could determine the 2020 election | For the Culture

RELATED: Voter dos and don'ts on Election Day in the Carolinas

A reminder, as long as you are in line when the polls close you will be allowed to vote.

In North Carolina, you do not need your ID, but in South Carolina you do.

Also when voting on election day you have to go to your actual precinct voting location or else you will not be able to vote.

RELATED: Over 86 million people have already voted in 2020 election