Franklin Graham urges Buttigieg to repent for sin of being gay

Graham wrote in one of this tweets to Mayor Buttigieg, "I believe the Bible which defines homosexuality as a sin, something to be repentant of, not something to be flaunted, praised or politicized.” 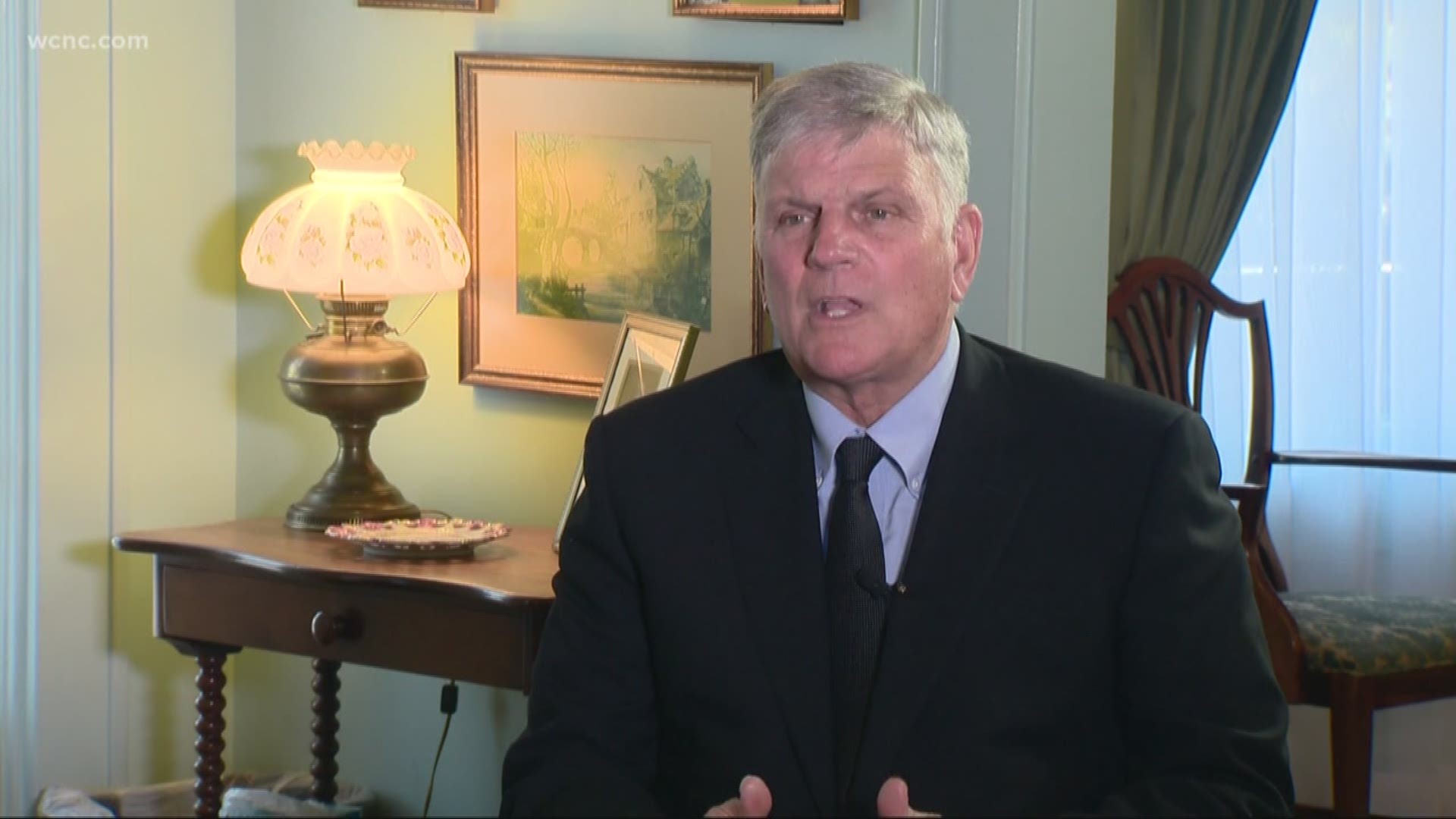 CHARLOTTE, N.C. — The son of the late evangelical preacher, Reverend Billy Graham, Franklin Graham, in a series of tweets said Democratic presidential candidate Pete Buttigieg should repent for the “sin” of being gay.

In one of his tweets, Graham wrote to Mayor Buttigieg says he is a gay Christian. "I believe the Bible which defines homosexuality as a sin, something to be repentant of, not something to be flaunted, praised or politicized.”

“It can be challenging to be a person of faith who’s also a part of the LGBTQ community and yet, to me, the core of faith is regard for one another, ” Buttigieg said earlier this week at a TV town hall meeting.

In a discussion about gay conversion therapy, Graham said if someone is gay and living in sin, they need to repent.

“Many people say, ‘well I’m Christian,’ but they want to continue living in sin. No, you have to turn from that sin,” said Graham.

Buttigieg makes no secret of his same-sex marriage and continues to rank third in the polls behind Joe Biden and Bernie Sanders.

“Its hard to look at this president’s actions and believe that they ‘re the actions of somebody who believes in God,” Buttigieg said of Donald Trump.

Graham said in the interview with NBC Charlotte, “It's not that gay sin is worse or a greater sin than other sins. It's not. It’s a sin but they shouldn’t take pride in sins, we shouldn’t flaunt our sins. We should be remorseful.”