The General Assembly has approved a measure to allow four Charlotte-area cities to open their own charter schools, essentially leaving CMS. 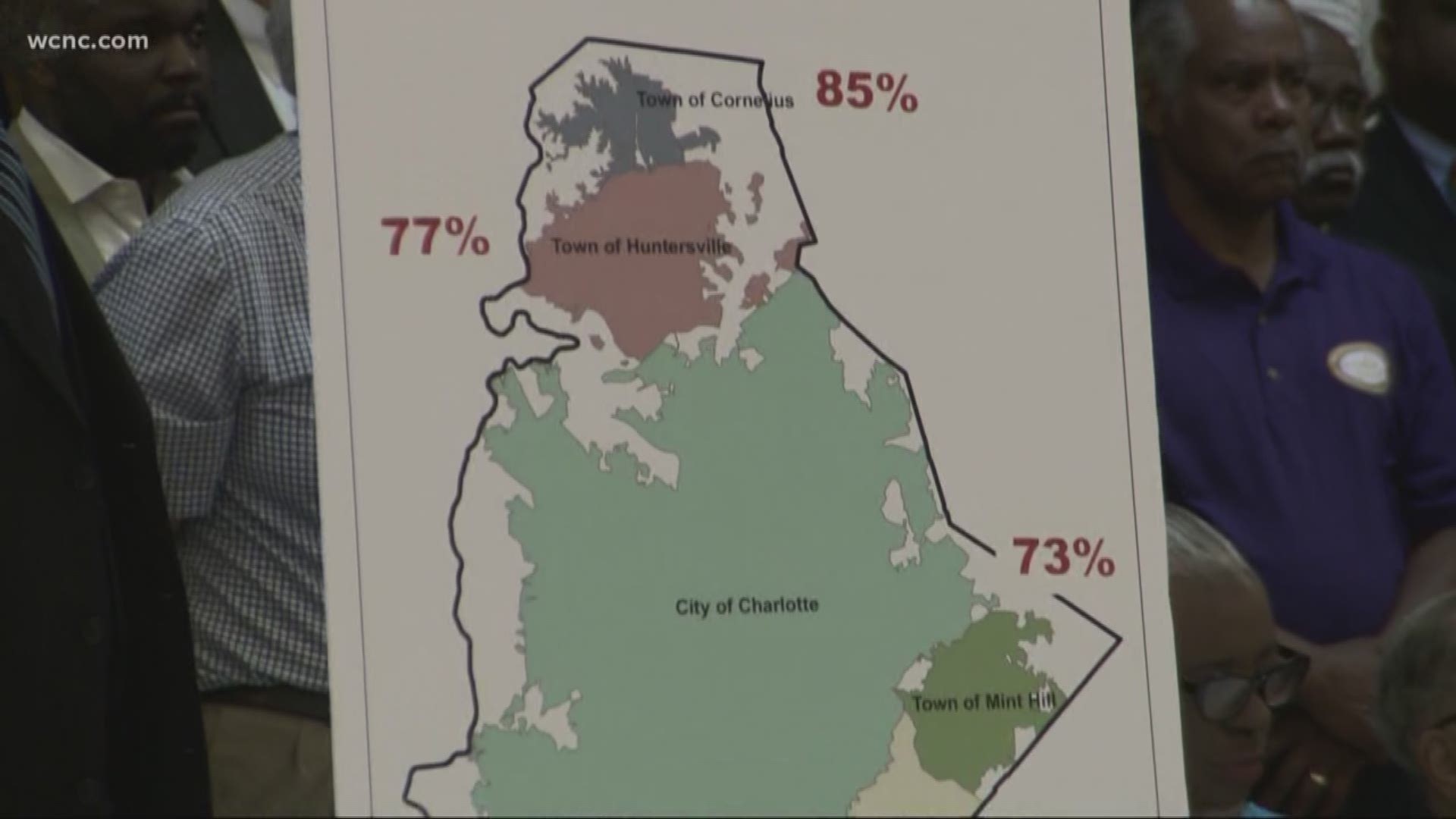 CHARLOTTE, N.C. – The General Assembly has approved a measure to allow four Charlotte-area cities to open their own charter schools, essentially leaving the Charlotte-Mecklenburg Schools.

Critics have argued in the past that HB 514 may bring segregation back to our local schools.

Passage of what was called HB 514 means Matthews, Mint Hill, Huntersville and Cornelius will be able to open their own charter schools.

Critics say the four communities are all wealthy and predominantly white and will be able to give preference to their own residents for seats in those new classrooms.

In a statement that came just minutes after the final vote of approval from the House, CMS said it was weighing possible responses, an indication that a lawsuit could follow.

The statement went on to say, “Our community and state must always try to do what is best for our children and we owe it to future generations to stay focused on their needs.”

Tuesday, a group of former CMS board members met with local members of the clergy to say they were concerned about what would happen if HB 514 passed.

“In a time when we have increased diversity in our community, we should not isolate our schools along racial and socioeconomic lines," said former board member Wilhelmenia Rembert.

Former CMS board chair Arthur Griffon was raised in segregated schools and feared HB 514 would open a door to a return to segregation in Charlotte.

He vows the fight over 514 is not over, saying, “I plan to take this as far as I can. In the streets, as well as in the courts.”

Supporters of the bill argued that race played no part in it, saying the measure would allow for more choices for students in those communities.