Still disillusioned by tweets accusing some police officers of being homegrown terrorists, 29 Senate Republicans wrote a letter to Gov. Cooper urging him to take back the Charlotte councilwoman's appointment. 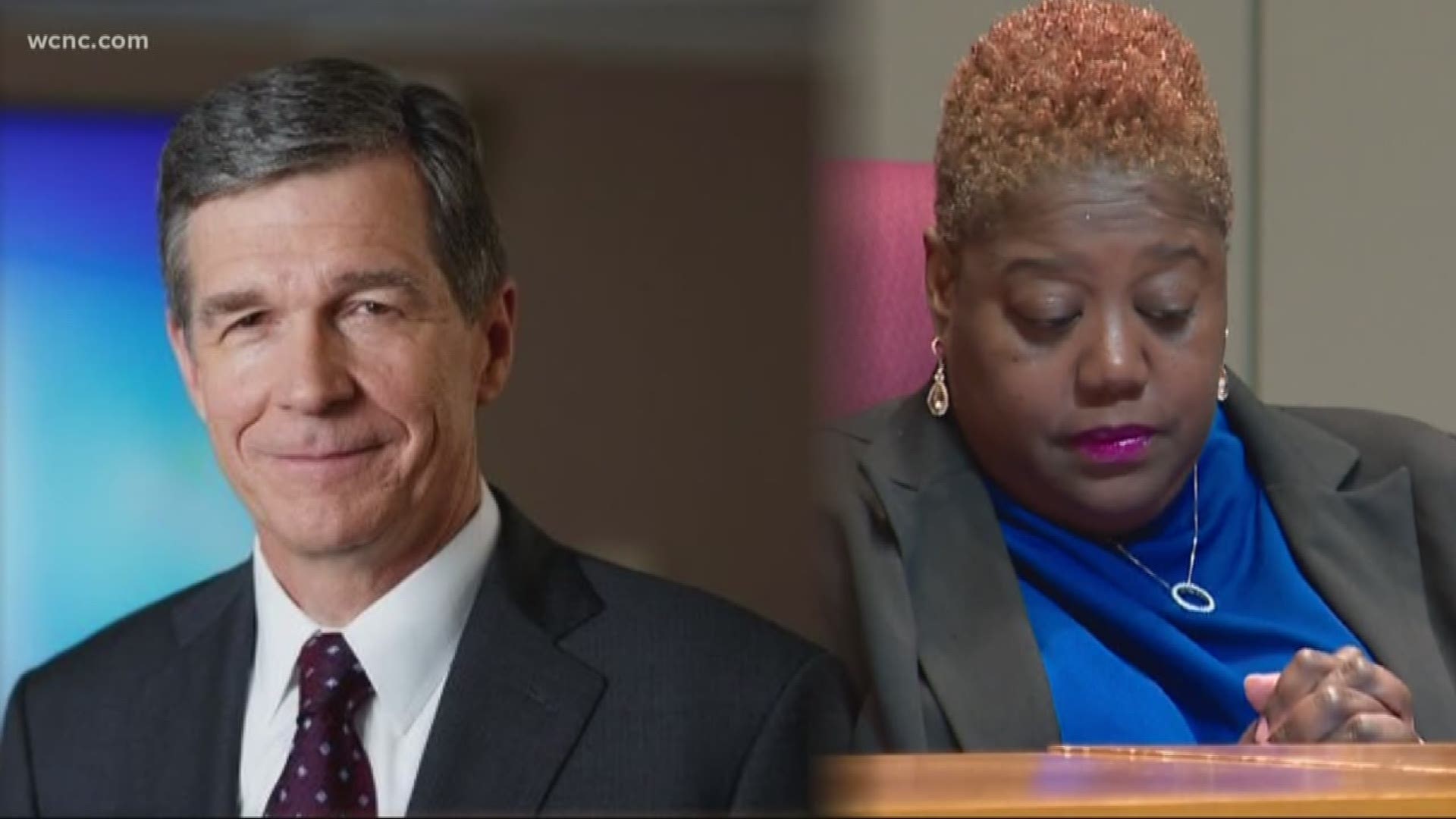 On Wednesday, the office of Gov. Roy Cooper rescinded the gesture after Senate Republicans sent a letter opposing the move.

"The important work of the North Carolina Human Relations Commission needs to continue without distraction for its mission. Since your appointment to this commission has not been completed the appointment is rescinded effective immediately consistent with the Governor's authority to do so. Your service to the city of Charlotte, the state and all of its people is appreciated. Please do not hesitate to contact me with any questions," the letter signed by William C. McKinney read.

Still disillusioned by tweets accusing some police officers of being homegrown terrorists, 29 Senate Republicans wrote a letter to Gov. Cooper urging him to rescind his December appointment of the councilwoman.

NBC Charlotte spoke to Mayfield back in June during her community forum to discuss police relations.

“We need to stop just saying, okay. we got great cops out there. I've never disputed that. I have always been a champion for our police department but that doesn't mean I will turn a blind eye,” she said.

The committee of just 22 “advocates, enforces and promotes equality of opportunity in the areas of housing, fair employment practices, public accommodations, education, justice, and governmental services.”

On Wednesday evening, the LGBTQ Victory Institute released a statement on the decision to rescind  Mayfield's appointment, saying in part, "For the state Senate Republicans to demand Councilwoman Mayfield be removed because of several controversial comments is the height of hypocrisy given the traumatic damage their policies – not words – have had on LGBTQ people and people of color in the state."