The incident happed about a mile-and-a-half up the road from the rally. 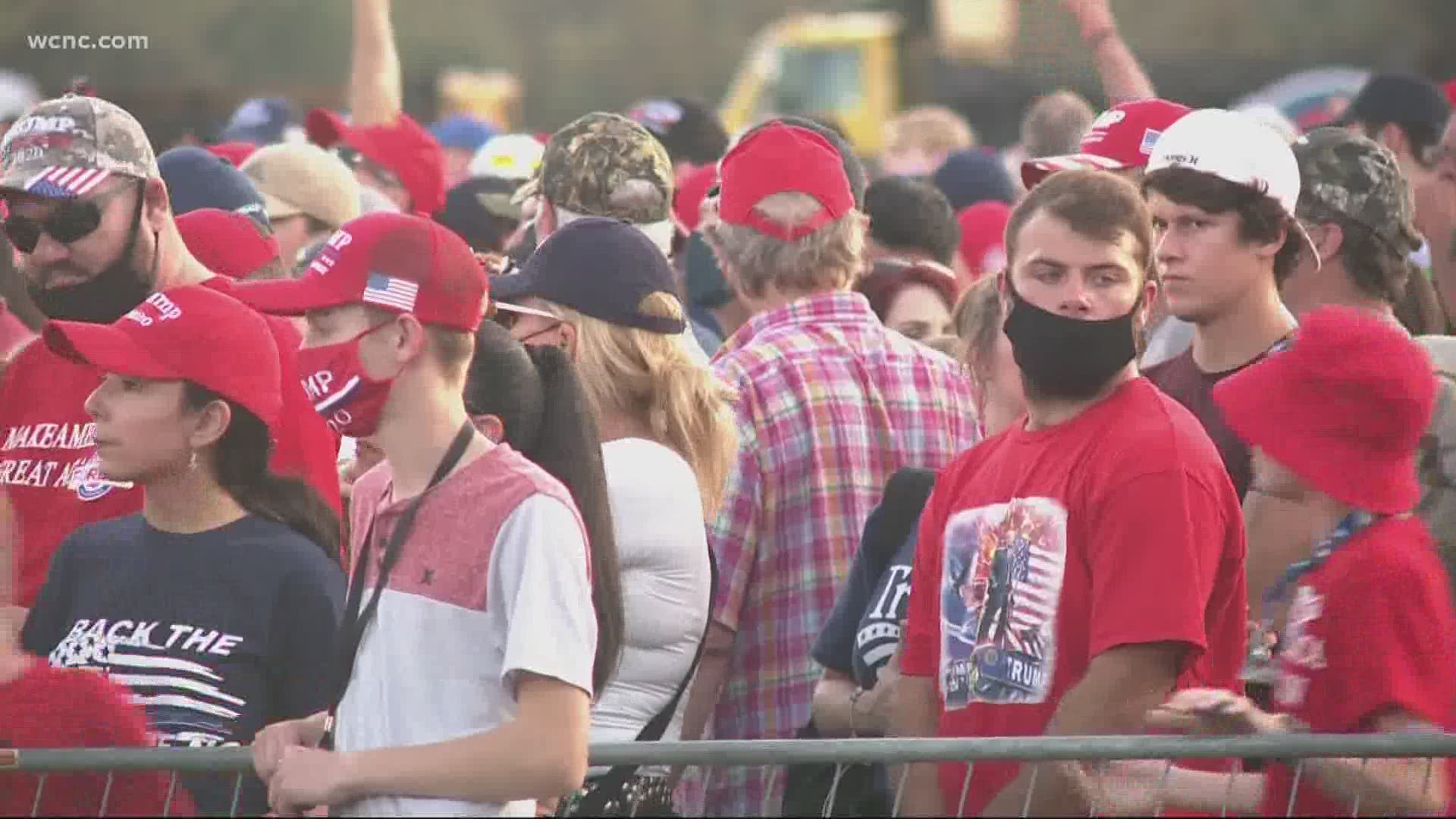 GASTONIA, N.C. — Gastonia Police are investigating after a woman said a driver pointed a gun at her while she was holding a "Make America Great Again" sign hours before President Trump spoke in the city.

The incident happened at the intersection of Union Road and Robinwood Road, which is about a mile-and-a-half from the rally's location at Gastonia Municipal Airport.

WCNC Charlotte spoke to the woman, who asked not to be identified for fear of her safety.

"I'm a nervous wreck talking about it," she said. "It makes me nervous thinking about it."

She said shortly after 1 p.m. Wednesday, she was browsing one of the Trump merchandise stands set up in a parking lot.

"[I] picked up a sign that said "Make America Great Again,'" she said. "I was holding it in front of me."

As she stood and held the sign along Robinwood Road, she said a driver in a white car was glaring at her as he waited at the red light.

Hours before Pres. Trump spoke in Gastonia, this woman says she was holding a "Make America Great Again" sign when a driver pulled out a gun and pointed it at her. This happened just up the road from the rally. The story only on @wcnc at 6 p.m. pic.twitter.com/EY1eZ7lK6P

"He had a gun in his hand," she said. "He took the gun. He had it sideways; he turned it around to me, reached up towards my face and said, 'bang.'"

She said she screamed for help.

"There's a guy with a gun in the car!" she recalled yelling. "It's a white car!"

She said the driver peeled off into the driveway of a business across the street.

Others flagged down a nearby Gaston County deputy, who wasn't able to find the driver.

Gastonia Police said it's investigating, and no arrests have been made yet.

"I've never in my life had a situation where a gun's been pointed at me," the woman said.

It's the latest example of political passions turning violent in the Charlotte region.

A day after the incident in Gastonia, Alexander Treisman, a Kannapolis resident, appeared in federal court after investigators said he wanted to kill Joe Biden, the Democratic presidential candidate, and, at one point, drove within four miles of the former vice president's home.

The woman in the Gastonia incident said she's still shaken by what happened.

"I don't want to die over a sign that said 'Make America Great,'" she said. "I've got grandbabies that I'd like to watch go to school and graduate. I mean, it scared me. It really scared me."

Anyone with information on the incident can call Crime Stoppers of Gaston County at 704-861-8000.