In 2012, Republicans were outraged when an Obama cabinet secretary gave a "campaign speech" at a gay rights fundraiser in Charlotte. 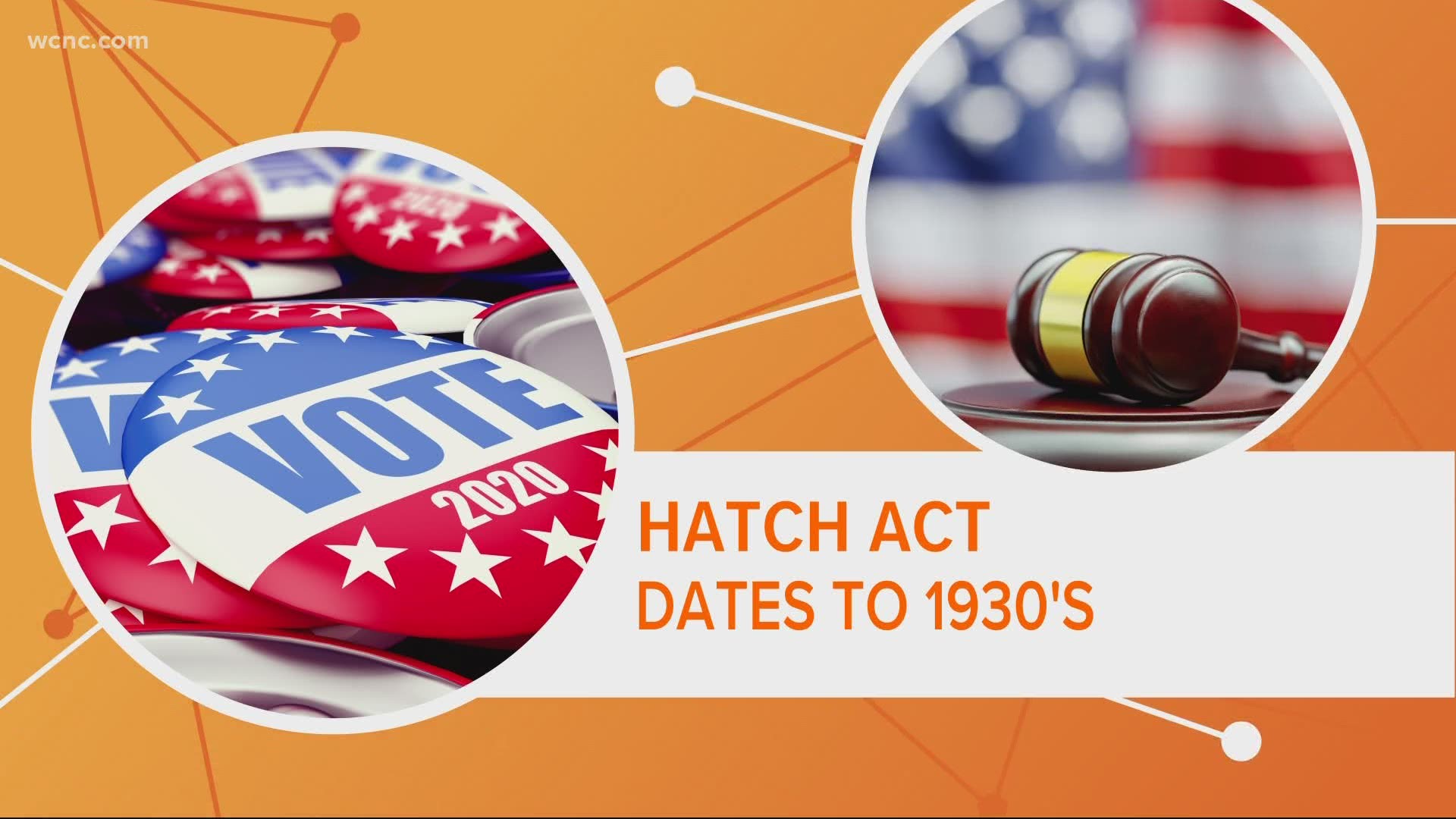 CHARLOTTE, N.C. — Multiple Republicans, including Secretary of State Mike Pompeo, are accused of breaking the Hatch Act during their speeches at the Republican National Convention this week.

The Hatch Act is an obscure federal law that was designed to prevent presidential cabinet members from being involved in overtly political issues. The law dates back until the 1930's and was rarely broken, until recently.

The law tries to draw boundaries between taxpayer-funded top level government jobs and a political campaign, which most people would agree is a good thing. By the way, the president and vice president are excused. Questions about the Hatch Act again began to surface when the idea of Trump accepting the Republican Party nomination at the White House was first floated as a possibility. President Trump included the White House as one of two sites on his shortlist for where to accept the nomination.

But this week, for the first time in American history, we've seen the sitting secretary of state and secretary of homeland security speak at a political convention. You might not think it's a big deal, but back in 2012, Republicans were outraged over Obama cabinet secretary Kathleen Sebilius delivering a low-profile speech at a gay rights fundraiser in Charlotte.

During the fundraiser, Sebilius gave what was considered a "campaign speech," and not one focused on government business. It seems mild by 2020's standards, but Sebilius was forced to repay all costs from the trip, and Republicans, some of whom now support President Trump, called for her resignation.