Jimmy Carter admitted to hospital for reported pressure on brain

The Carter Center tweeted Monday the former president was admitted to Emory University Hospital for a procedure to relieve pressure on his brain. 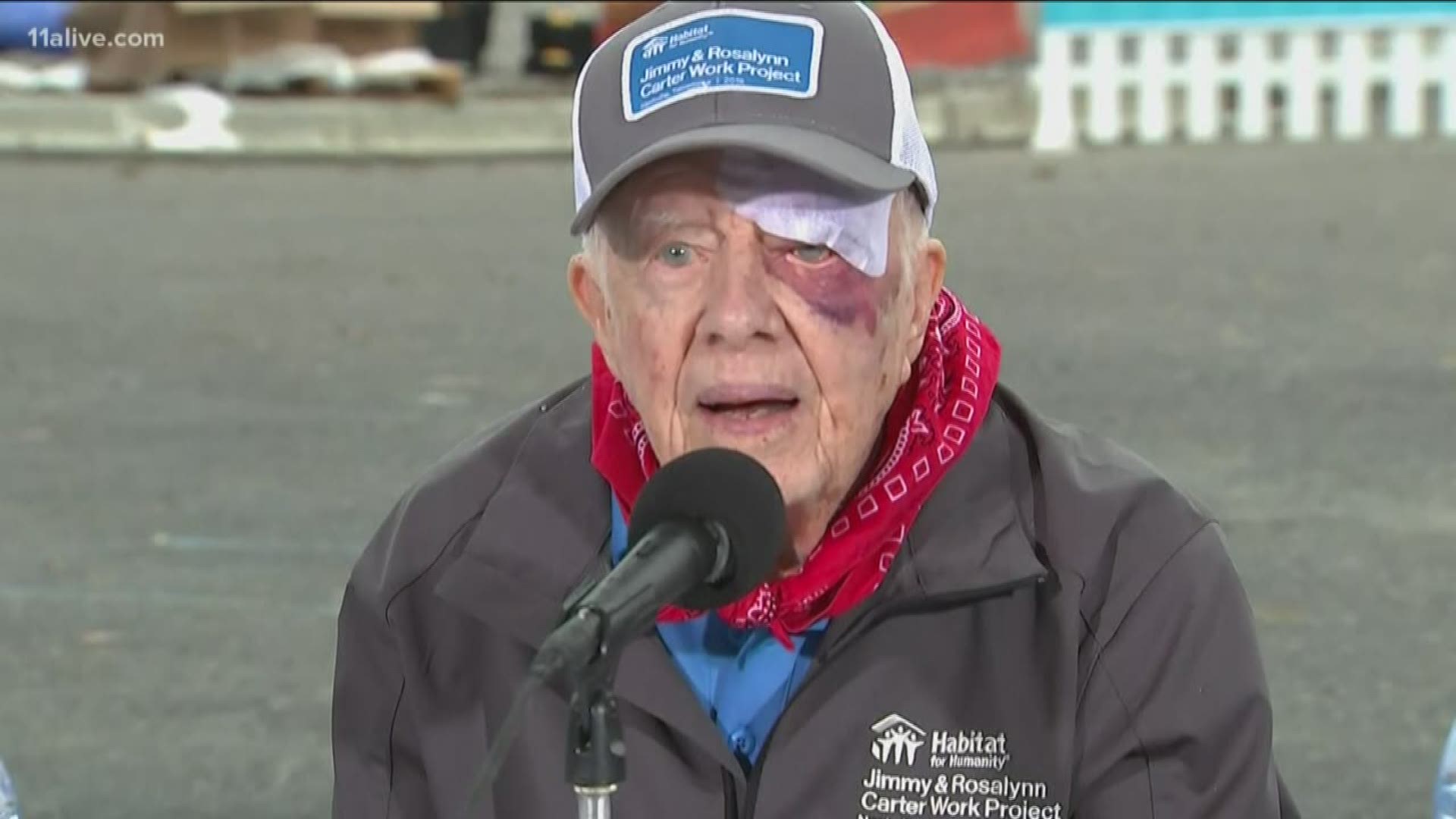 ATLANTA — Former U.S. President Jimmy Carter is back in the hospital.

The Carter Center tweeted Monday night that the former president was admitted to Emory University Hospital for a procedure to relieve pressure on his brain. The pressure was caused by bleeding due to his recent falls, the center said.

The procedure will be performed Tuesday morning, they added.

"President Carter is resting comfortably, and his wife, Rosalynn, is with him," the center said in a statement.

The news comes after the former president suffered several recent falls. Last month, Carter fell in his home and suffered a minor pelvic fracture. For that injury, The Carter Center said he was admitted to the Phoebe Sumter Medical Center and was later released. His wife, Rosalynn Carter, made comments last week at a public event that he was doing "really well."

In another incident before that injury, also in October, the former president fell, leaving him with a black eye and 14 stitches. However, that didn't slow him down. The next day, Carter and his wife were in Nashville leading hundreds of volunteers in a Habitat for Humanity build.

Prior to that, in May, Carter had surgery for another broken hip. A spokesperson said he was leaving his home in Plains, Georgia to go turkey hunting when he fell.

In fact, on Nov. 3, just days after falling, Carter sat on a motorized lift chair at the front of the sanctuary to teach a 45-minute lesson based on the Old Testament book of Job. More than 400 people were on hand in the main hall and smaller, overflow rooms where the lesson was shown on television.

However, because of his surgery, the church said President Carter will not be teaching at Sunday school this coming Sunday, Nov. 17. His niece will teach instead.

"Please continue to pray for him and his family," the church asked.

Jimmy Carter through the years