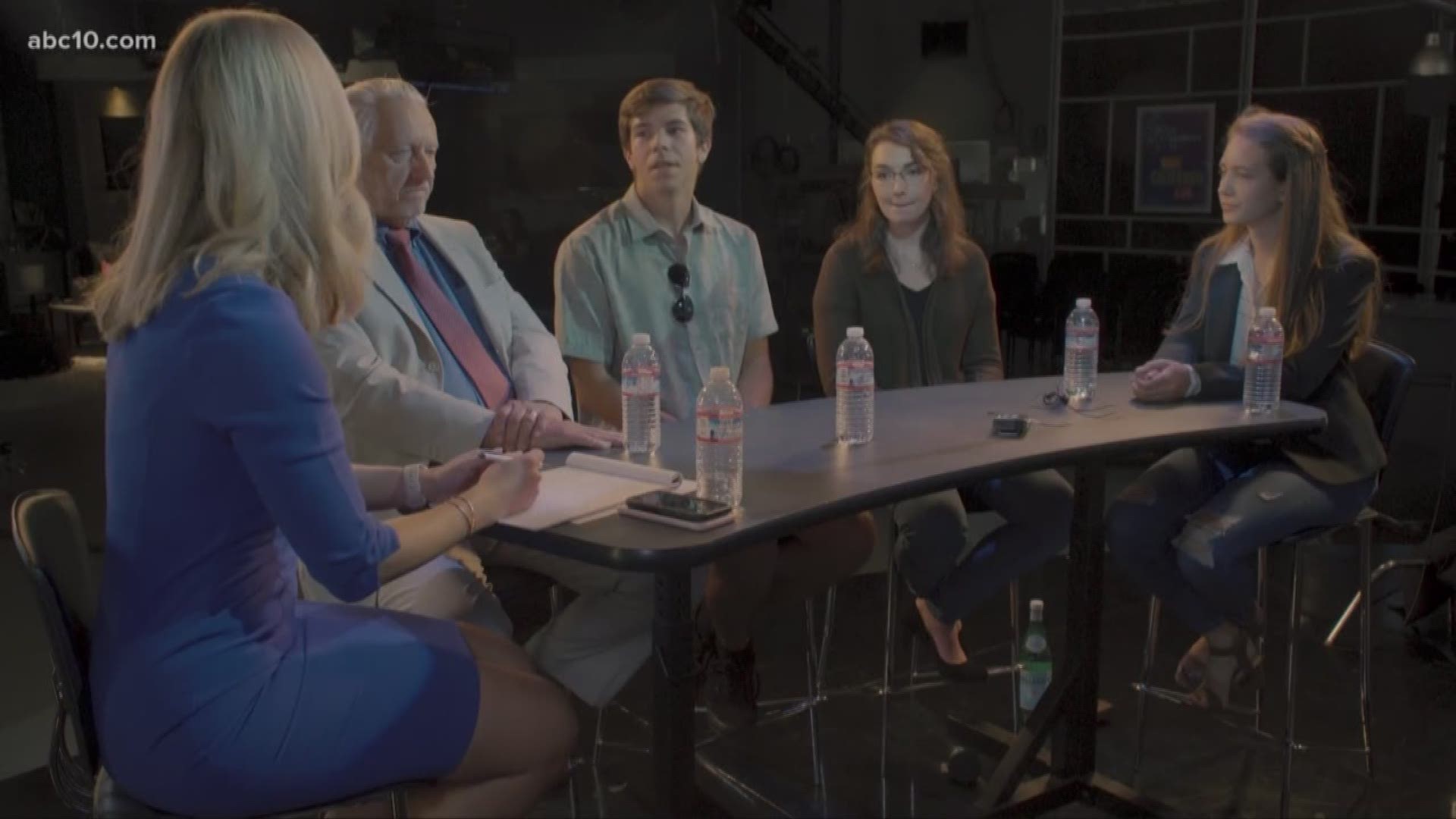 SACRAMENTO, Calif — Several students from William Jessup University watched the democratic debate with ABC10 Host Madison Meyer to offer their perspective on the issues candidates are facing, the policies in question and the dynamic in the democratic party.

For these three students — Isaiah Traub, Arianna Szabo and Annalise Snowden — the upcoming election will be the first they vote in.

One of the most talked about moments of the night was an exchange between former Vice President Joe Biden and candidate Julián Castro, the former Housing and Urban Development Secretary in the Barack Obama administration.

The heated interaction stemmed over comments Biden made about health insurance. Castro shot back at Biden, attacking his mental aptitude and memory.

"The most memorable part of the night, so far was the health care debate," Arianna Szabo said. "We've been having this discussion for years, and we've been going back and forth on it, but the ability for the candidates to say here's where I stand... and to actually discuss facts and numbers was really interesting."

So, after three hours of debating health care, education, climate change and beating President Trump, was there a clear front-runner?

Isaiah Traub, a junior at William Jessup University, said Joe Biden, who has been leading the polls since officially announcing in April his candidacy for president. "His opening statement alone. He hit three major points and both Democrats and Republicans can get behind."

"We look at all of these different candidates, but ultimately I think the only one who can appeal to both Democrats and Republicans is the one who is going to have a chance to beat Donald Trump. So, I would agree Joe Biden stands out right now."