Lawmakers work to ease traffic on I-77

State engineers think opening up shoulder lanes during rush hour could improve traffic. The lanes would open during peak periods to help local traffic between interchanges. They would not be subject to tolls. 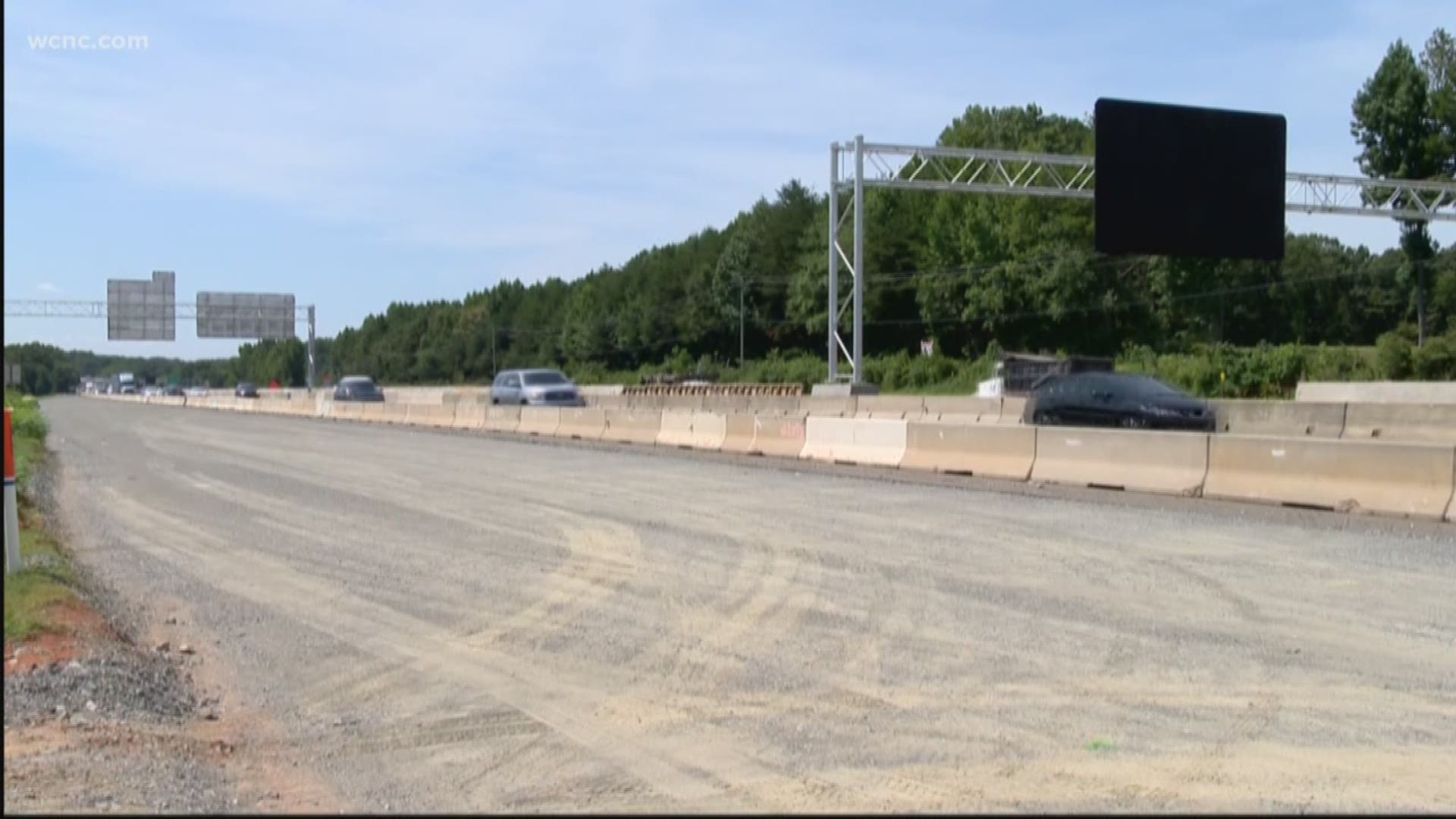 CHARLOTTE, N.C. — I-77 has been a mess for quite some time while crews continue to develop toll lanes.

“It will benefit the drivers along the corridor,” NCDOT Division Engineer Scott Cole said.

It won’t be a total cure, but state engineers presented a plan at Wednesday night’s transportation meeting to develop peak period shoulder lanes, stretching from Huntersville to Mooresville.

The lanes would open during peak periods to help local traffic between interchanges. They would not be subject to tolls.

It’s not yet been determined if all vehicles, such as buses and semi-trucks, will have access to these lanes.

It’s also unclear how much it will cost and who’s paying for it.

“We’re working with the Federal Highway Administration to get approval on [the] federal funds to do some of that work,” Cole said.

But the plan is to get approval by the Federal Highway Administration in December and start construction next spring or summer.

Another issue discussed, the proposed John Street widening in the Town of Matthews.

That project has been delayed.

Mayor Paul Bailey said residents worry widening the road would destroy the historic charm of downtown, not to mention they’re already dealing with a number of road projects.

“If we widen the road, it’s a good chance it could become commercial. And I think we want to see our small town stay a small, friendly town for families who can walk to the downtown area,” Bailey explained.

The peak period shoulder lanes are used in a number of cities including Raleigh, Denver, and Seattle.

At this time engineers don’t know how long construction would take to complete those, but say it would be minimal.